Accessibility links
British Diplomat Weighs In On Ukraine, Russia And Syria : The Two-Way Ukraine is headed toward an important moment, as a vote on an interim government has been scheduled for Thursday. William Hague, the British Foreign Secretary, explains the diplomatic situation. 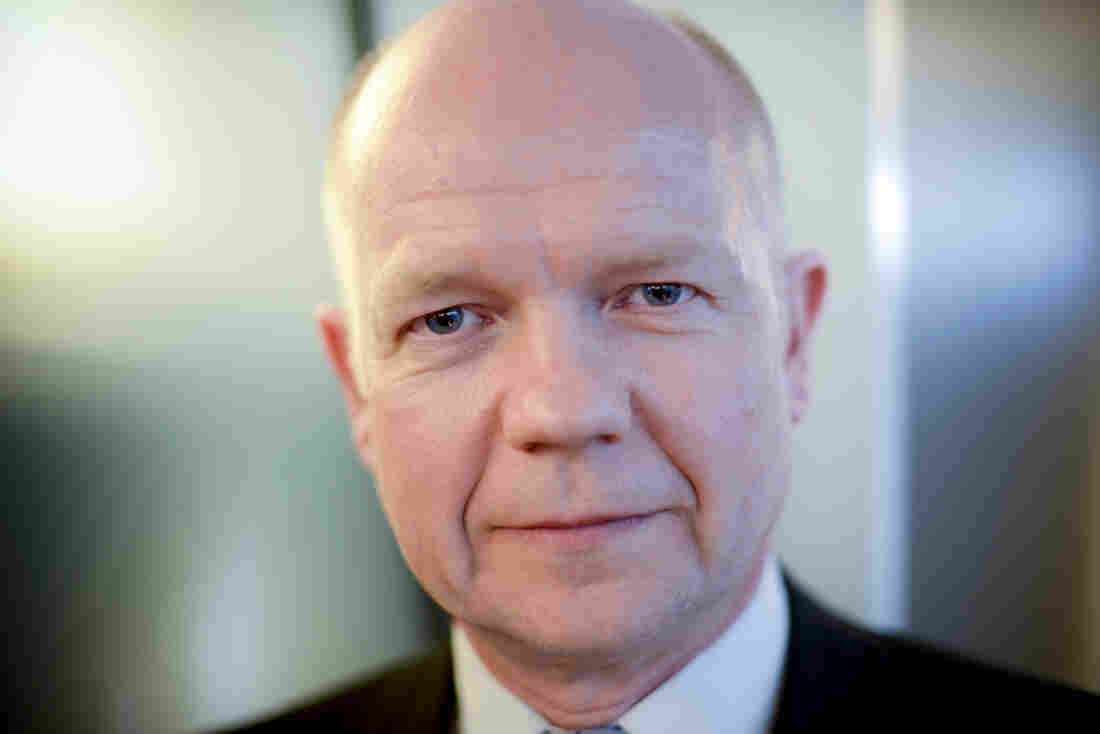 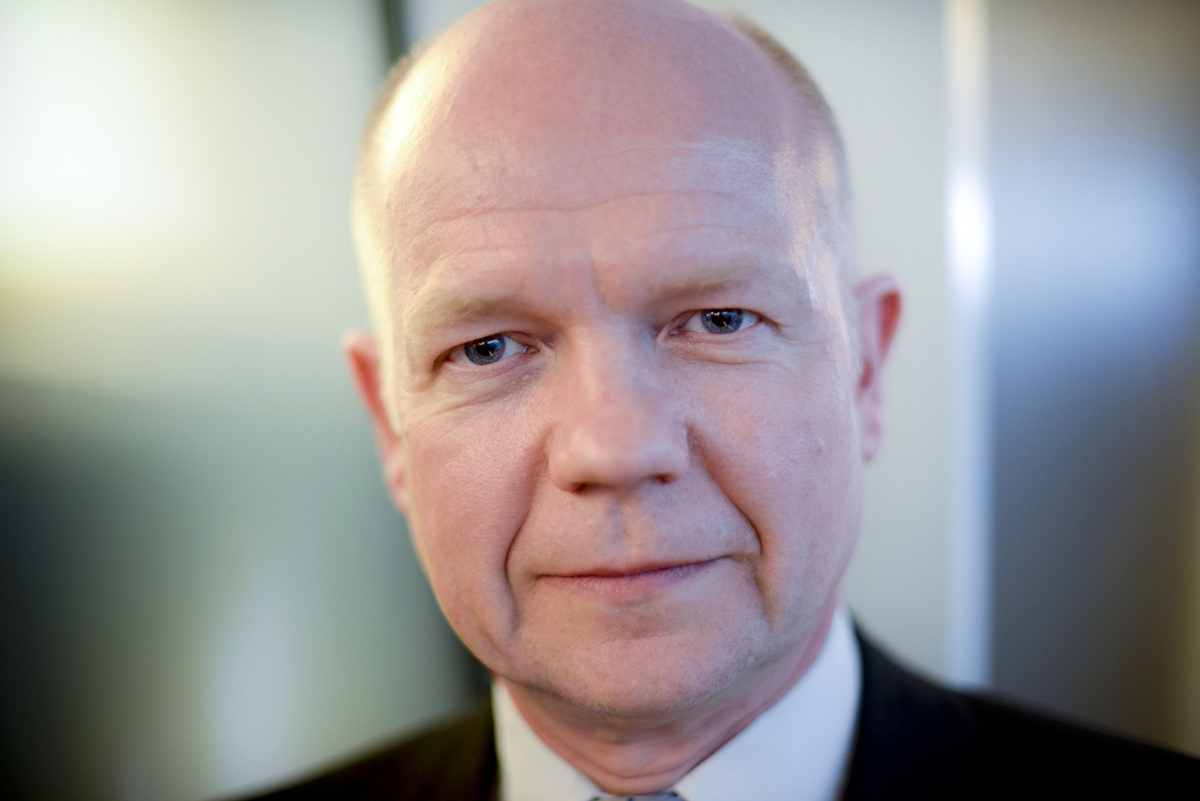 The complicated situation in Ukraine is headed toward an important moment, as a vote on an interim government has been scheduled for Thursday. But tensions are running high in the region, with Russia ordering military exercises along its border.

Russia needs to be "very careful" in its judgments, Secretary of State John Kerry says in an interview with MSNBC. In Washington, Kerry met with British Foreign Secretary William Hague Wednesday to discuss the crisis in Ukraine and the importance of maintaining the country's autonomy.

As Hague tells All Things Considered host Melissa Block, the U.K. will continue to support an independent Ukraine, but Russia needs to play along.

"We're not going to turn away from our determination that Ukraine can work with Europe and find a way to work with Russia as well," he says.

You can read highlights from their conversation below. The audio will be posted here later this evening.

On his message to Russian leaders:

"Well our message is a constant one — that our interest in the U.K. and I think for the United States as well, is a free Democratic Ukraine. We want Ukrainians to make their own decisions. I think we have in common with the Russians that we want to see the territorial integrity of Ukraine preserved. And so it's important that we all try to work together on this. That we all reinforce democracy and that we all reinforce stability in the Ukraine. And we will keep talking to Russia about that, of course."

On the prospect of international economic support for Ukraine:

"It will be important for Ukrainian leaders to commit themselves to serious economic reform. This is a country that has had previous IMF programs not very successfully. It's a country that has had pervasive corruption. These things are going to have to be tackled. That they've had major problems with how gas is priced in Ukraine, heavy subsidies and so on. So I think we're all going to want to see ... a real determination by Ukrainian leaders to tackle these economic problems in return for serious financial support from the international community. And that's really going to be the test."

On dealing with Russia on Syria going forward:

"Of course it's possible that it could be harder. But again, it's too early to evaluate that. We have reached agreement with Russia on some aspects of the Syrian crisis, on chemical weapons for instance. And just this weekend on a humanitarian resolution at the UN Security Council — that was an important step forward, or at least if it is implemented it will be an important step forward. Now what we haven't found with Russia is the common ground of how to push all involved in the Syria conflict towards a political solution. We would like to see them exert more pressure on the regime. I think it is too early to say during the Ukrainian crisis how Russia's attitude on that will be affected. It's a legitimate question but it's too early to be able to predict."

On whether Bashar al-Assad can stay in power in Syria:

"No I don't think so. All the more, after three years of conflict and perhaps 140,000 people dead. Many, many thousands tortured and killed and in detention. It is impossible to imagine, in any country, certainly in any country that has any modicum of freedom or democracy, a leader who has presided over those things, being able to lead that country in the future. So I think it's ever more clearer that a peaceful Syria can't have Assad as its leader. And we continue to push for a political solution, a transitional governing body from regime and opposition, that would again, as we've been saying about Ukraine, allow Syrians to determine their own future."