Accessibility links
Robot Swarm: A Flock Of Drones That Fly Autonomously : The Two-Way Inspired by birds that fly in tight bunches, researchers fit drones with GPS, processors, and radios that allow them to navigate in formation or while following a leader. 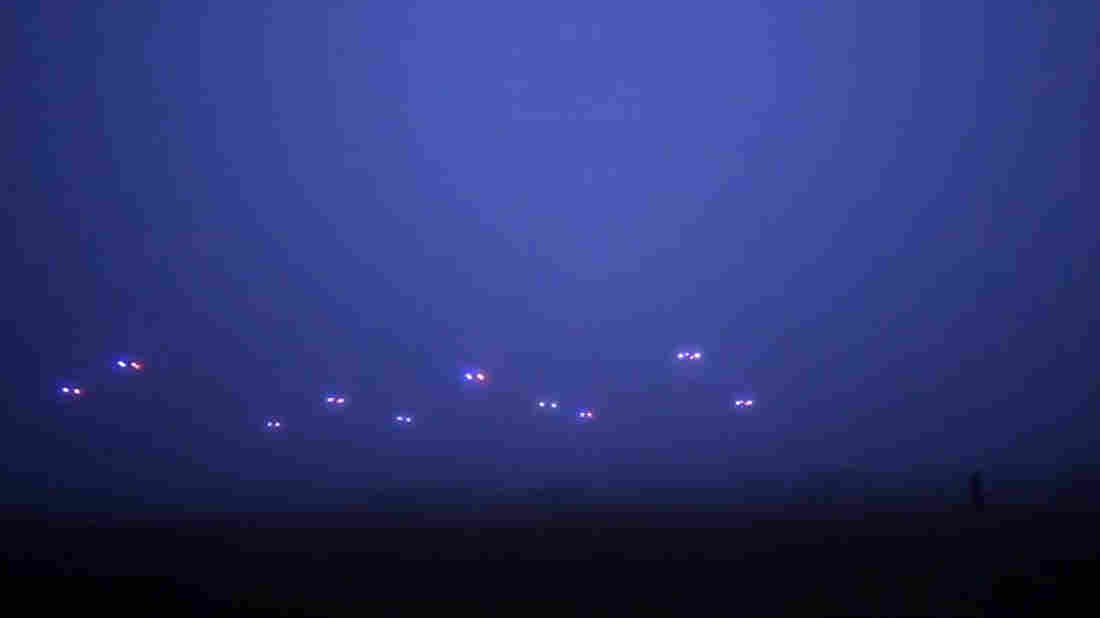 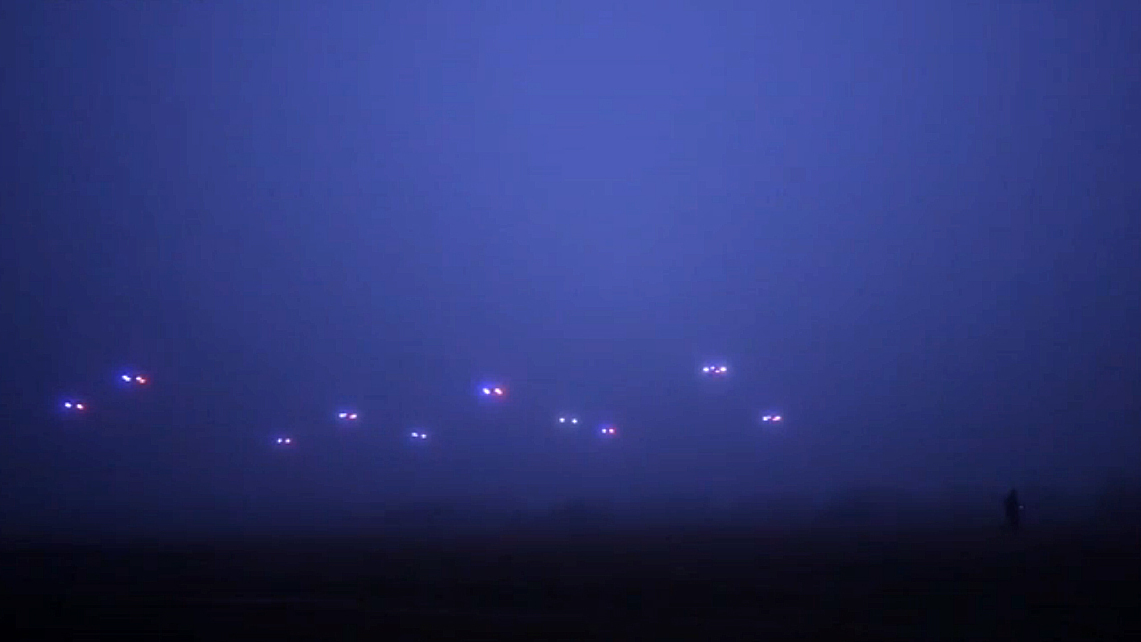 An image from a video by the COLLMOT Robotic Research Project shows a group of drones flying autonomously across a field.

Can drones, the small unmanned aircraft that are at the forefront of fields from warfare to commercial delivery systems, fly without human intervention? A team of Hungarian researchers answers yes, having created 10 drones that self-organize as they move through the air.

The team based its creation on birds such as pigeons, which fly in tight bunches while making adjustments and decisions. They fitted quadcopters — drones with four rotors — with GPS, processors and radios that allow them to navigate in formation or while following a leader.

Like "gregarious animals" such as birds and fish, the flock of drones follows rules of collective motion, says Tamas Vicsek, a physicist who teaches at Budapest's Eötvös Loránd University. "We came to the conclusion that one of the best ways to understand how animals move together is to build robots — flying robots."

And like those animals, the drone flock was tested as it flew around in open fields, not in a controlled indoor test environment, as Nature's Ed Yong reports.

The drones can negotiate tricky paths, such as when their route becomes tightly confined. When that happens, some of them hover in place to wait their turn. And it's all done without a central computer or controlling device, the researchers say. Instead, they use "flocking algorithms," says Gabor Vasarhelyi, who led the robotics phase of the project.

The Hungarian team plans to demonstrate its drone-swarm research later this year in Chicago, at the International Conference on Intelligent Robots and Systems. Until then, you can read its latest paper, titled "Outdoor flocking and formation flight with autonomous aerial robots." (You can see a video explaining the team's work at the bottom of this page; we had to put it there due to its persnickety display.)

"Drones are most commonly associated with war, terrorism, and cyberattacks, but drones can be used in more peaceful civil applications as well," Vasarhelyi says. "With a flock of drones, you can create a self-organized monitoring system from the air, or you can even deliver food or mail."

Here in the U.S., drones are expected to someday buzz around carrying out commercial tasks — but not before the Federal Aviation Administration issues new regulations governing such activity. As we've reported before, Amazon is developing a drone delivery system.

And last month, a Minnesota brewery was told to stop its tests that used drones to fly cartons of beer out to fishermen.

The flock of drones also reminded us of an amazing set of videos that were highlighted on PetaPixel last month, in which Rhode Island School of Design artist Dennis Hlynsky illustrated the flight paths of dozens of birds in urban settings.