Accessibility links
Once Again, North Korea Fires Missiles To Send Message : The Two-Way The U.S. and South Korea are conducting joint military exercises. In the past, the North has used missile tests to express its displeasure. On Thursday, South Korean officials say, it did so again. 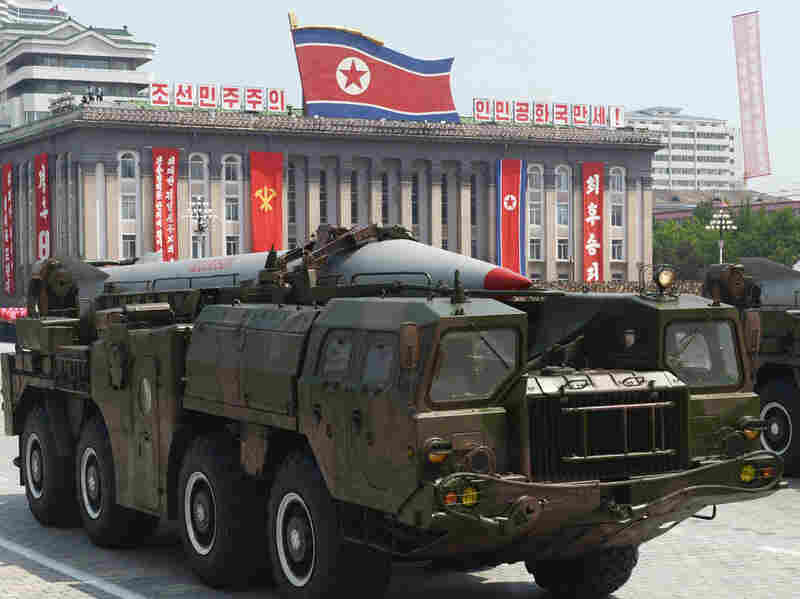 In Pyongyang, North Korea, last July, this short-range missile was among the military hardware on parade. Kyodo/Landov hide caption 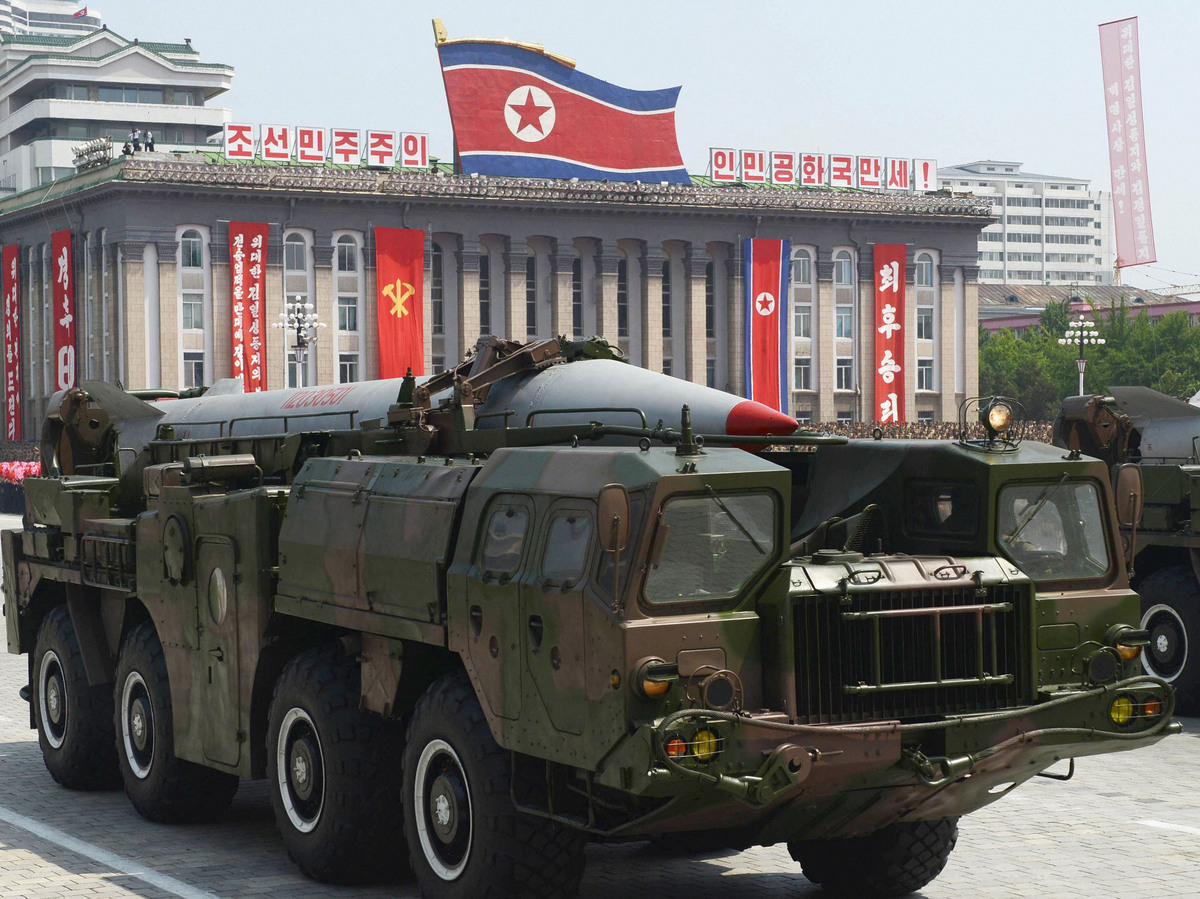 In Pyongyang, North Korea, last July, this short-range missile was among the military hardware on parade.

Reuters notes that "the firing came days after the beginning of annual joint U.S. and South Korean military exercises which the North routinely denounces as preparation for war."

The Guardian adds that "North Korea regularly carries out short-range missile tests, and has used them before to display its anger at the annual military exercises. Observers said the tests were unlikely to trigger a significant rise in military tensions."

The missiles fired Thursday are believed to have had a range of about 125 miles.