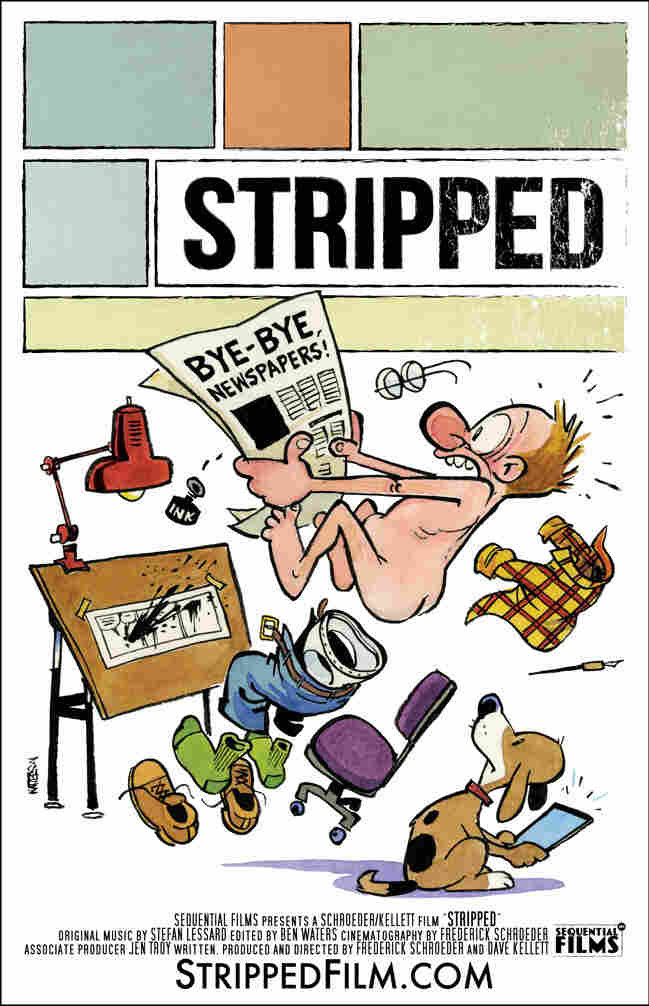 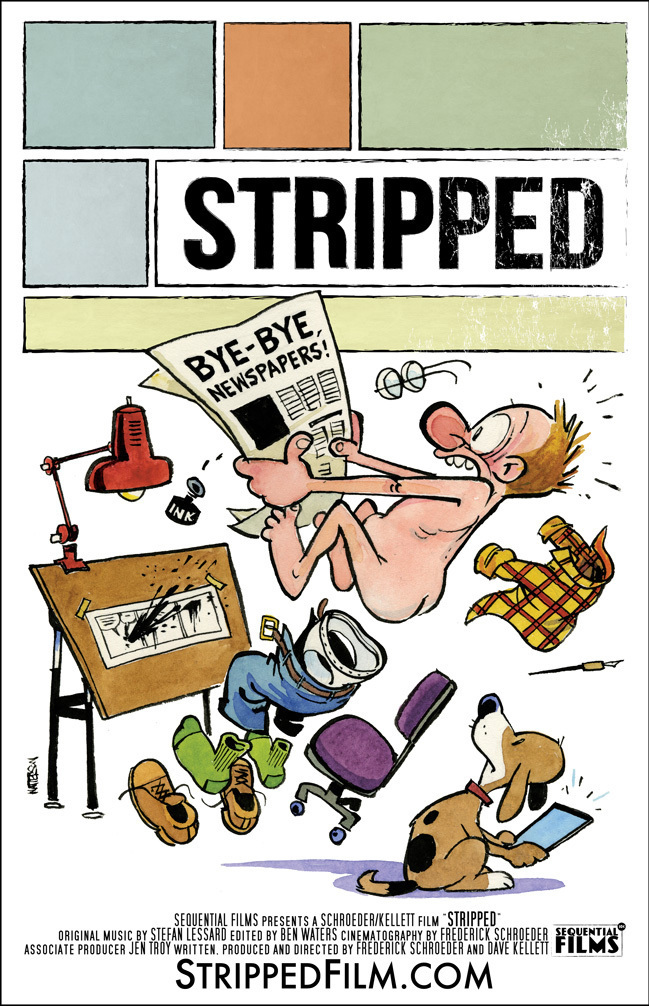 Almost two decades after publishing his last Calvin & Hobbes comic strip, elusive cartoonist Bill Watterson is back — with a film poster. The documentary, Stripped, is a self-described "love letter to comic strips" that includes interviews with, among others, Jeff Keane of Family Circus, Richard Thompson of Cul de Sac and Watterson himself.

The poster shows a cartoonist being startled out of his clothing and into his birthday suit by a headline about the death of newspapers — all as his tablet-reading dog looks on.

Watterson told The Washington Post, "Given the movie's title and the fact that there are few things funnier than human nudity, the idea popped into my head largely intact. The film is a big valentine to comics, so I tried to do something really cartoon-y."

As fans — and viewers of the recent documentary Dear Mr. Watterson — might already know, Watterson is just as famous for his reclusiveness as for his panels about a shock-headed boy and his tiger. He also refused to license images from Calvin & Hobbes, which is why the characters never appeared on lunchboxes or as stuffed animals.

Last year, Dear Mr. Watterson filmmaker Joel Allen Schroeder told NPR's Don Gonyea, "I think he had a sense that that sort of licensing would diminish the significance, the meaning of his characters. That suddenly if Hobbes was a plush doll, does that answer that mystery of 'Is Hobbes real? Is he a toy?' ... What Calvin says in the strip, does that have as much meaning if he's on a Happy Meal?"

The Post reports that Watterson's second public artwork since 1995 is also in the works. Watterson describes it as "a silly picture that sums up my reaction to the current publishing upheaval."