Accessibility links
Ousted President Is 'Ready To Fight For The Future Of Ukraine' : The Two-Way Viktor Yanukovych appears in public for the first time since he fled Ukraine. At a news conference in Russia, he insists he's still his nation's leader and says he left after his life was threatened. 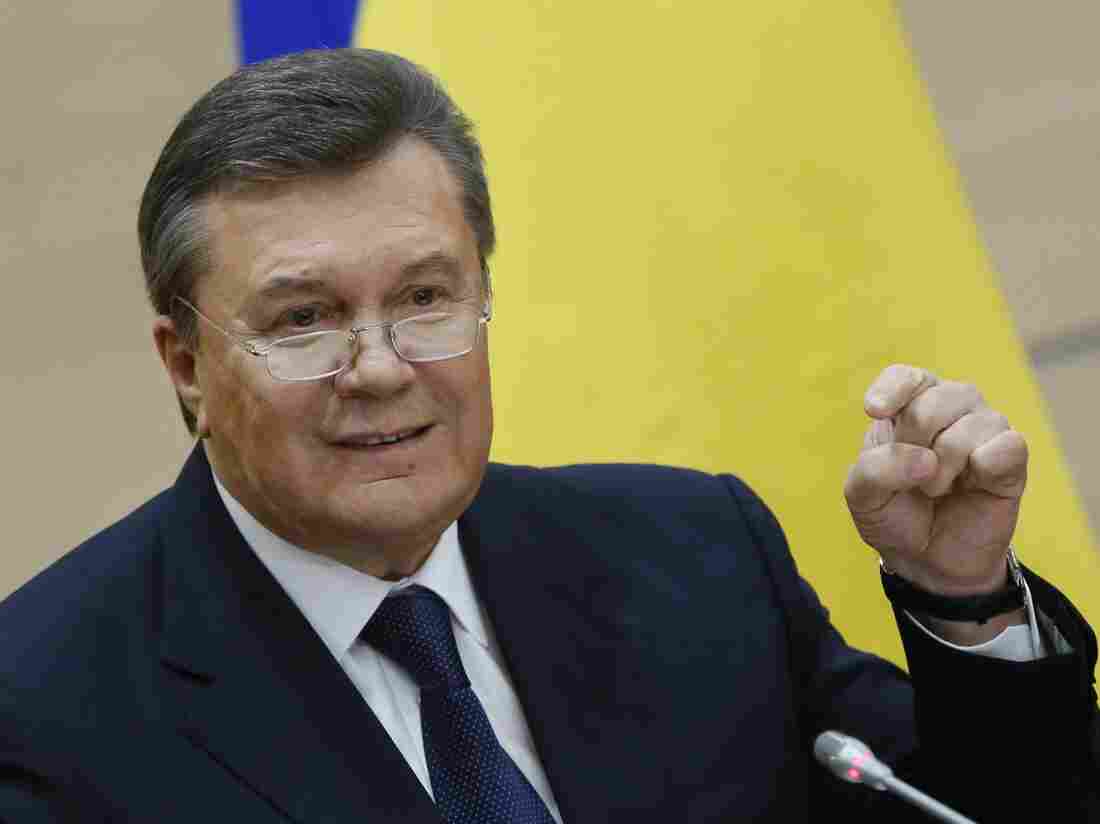 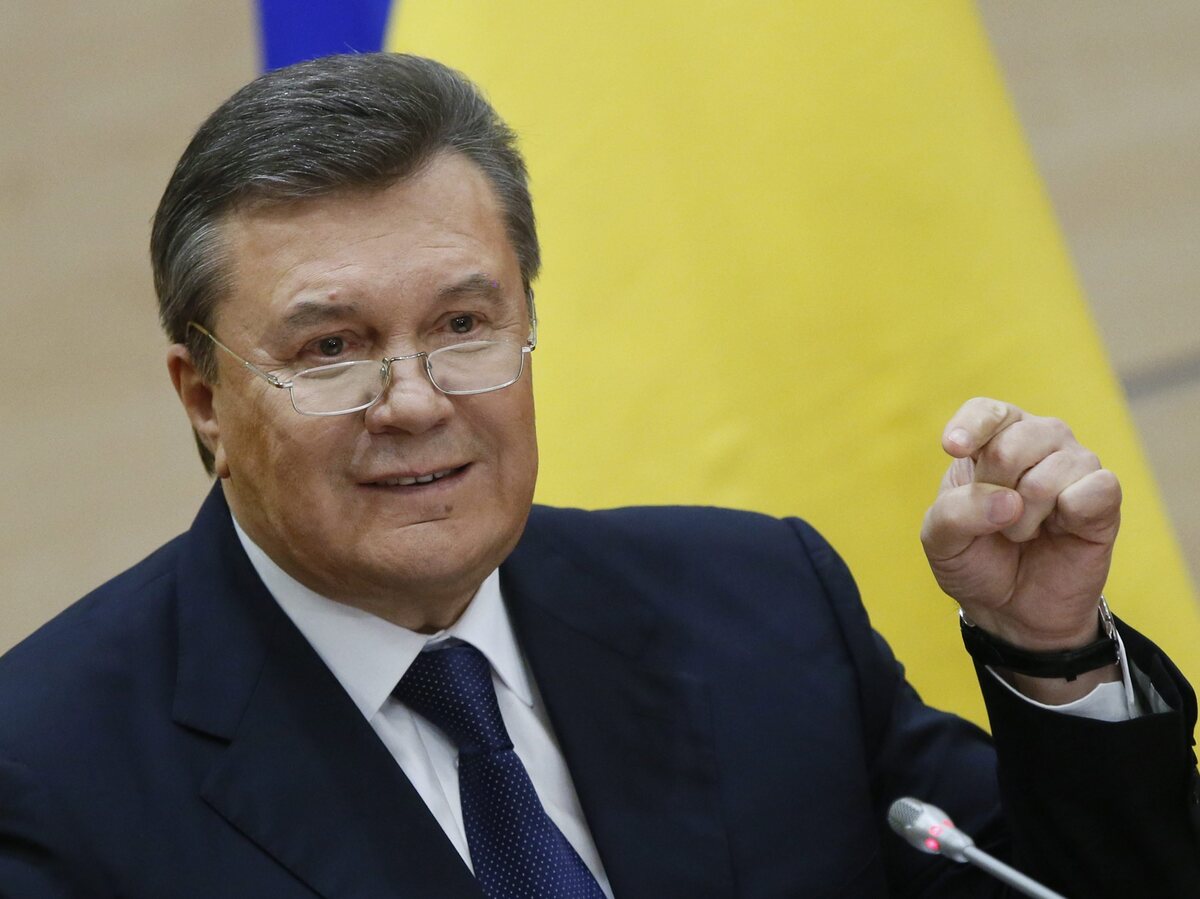 Viktor Yanukovych, who says he's still the president of Ukraine, at his news conference Friday in the southern Russian city of Rostov-on-Don.

Appearing in public for the first time since he left his nation's capital earlier this week, ousted Ukrainian President Viktor Yanukovych told reporters in Russia on Friday that he is "eager and ready to fight for the future of Ukraine."

At a news conference in the Russian border city of Rostov-on-Don, Yanukovych did not speak about using force to reclaim the post that he says is still legally his. "I am not going to ask for military support," he said.

He also said Crimea, where the majority of people are ethnic Russians, should not split from Ukraine. "Ukraine should be a single, united country," Yanukovych said.

Yanukovych vowed to return to Ukraine "as soon as there will be a guarantee for my safety and the security of my family."

But Yanukovych, according to an English translation aired by the BBC and other news outlets, decried those who he said are using "terror and fear" to rule Ukraine and who he said forced him to flee even though he had agreed to a plan for new elections later this year. He referred to his toppling as "banditry and a coup."

Last weekend's "circus in the parliament," Yanukovych claimed, did not lead to his legal removal from office. "I cannot call it impeachment," he said, "and I cannot recognize it and I will not recognize it, ever." (Update at 9 a.m. ET.)

Also, while saying he was not seeking military assistance, Yanukovych made comments that at least implied he might welcome help from the major power on his nation's border. He said Russia "is our strategic partner" and has a "right to act" in its interests. He said he's "surprised" that Russian President Vladimir Putin has been "so restrained." (Update at 9 a.m. ET.)

"Russia has to use all ... possible ways to stop the chaos and terror that we see in Ukraine," Yanukovych added, though he appeared to rule out military action. "What are the recipes?" Yanukovych asked. "It's difficult for me to say. ... I am categorically against intervention in Ukraine." (Update at 9:15 a.m. ET.)

Yanukovych said he left Ukraine only after his life was threatened. At one point, his motorcade, Yanukovych claimed, "was shot at by automatic rifles."

We posted earlier about the latest developments in the crisis, including the appearance of gunmen in unmarked military uniforms at airports and a Coast Guard base in the Crimea region. Ukrainian authorities say the men are Russian military personnel. Moscow has dismissed such claims.

We've previously summed up what sparked months of protest in Kiev and ultimately led to Yanukovych's dismissal last weekend by parliament:

Since Yanukovych left Ukraine, newly installed officials in his nation's government have said they want to prosecute him for mass murder. Dozens of people died last week when security forces cracked down on the protesters in Kiev.

Challenging Yanukovych's account of events, Carney said the Ukrainian president "fled, in an orderly fashion," not long after signing an agreement with opposition leaders that was meant to pave the way for new elections later this year. Carney said Ukraine's parliament then acted "responsibly to fill that vacuum" by voting to remove Yanukovych from his post.