Accessibility links
California's Getting Drenched, But Drought Is Far From Over : The Two-Way Heavy rains have poured down. But much more is needed in the parched state. Meanwhile, the more immediate risks of flooding and mudslides have led to some evacuations. 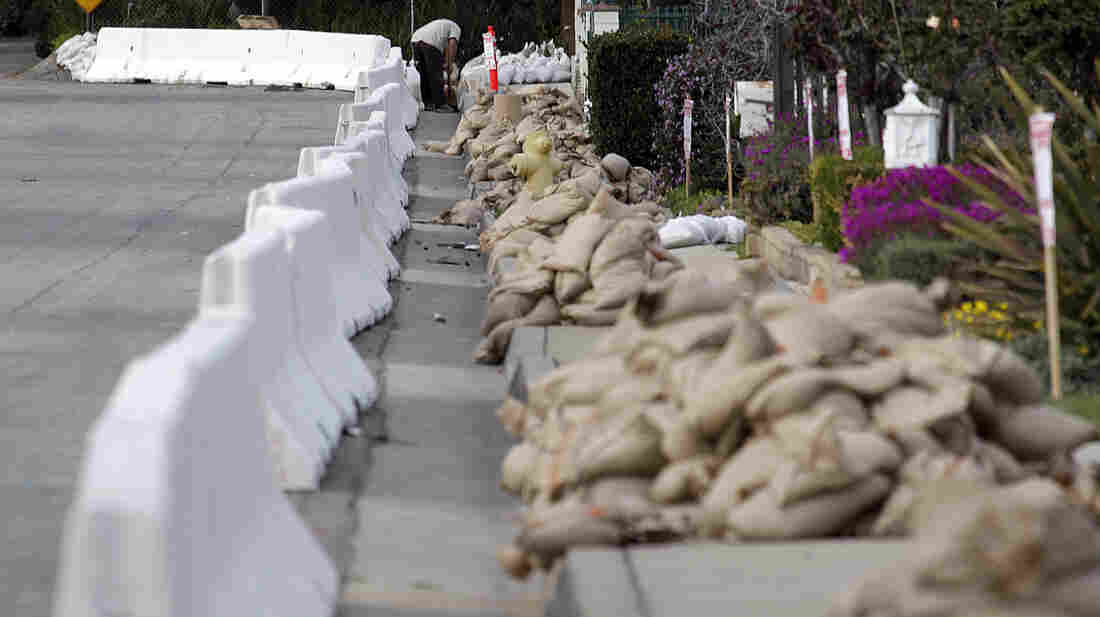 Before the deluge: Sandbags and barriers lined a road in Glendora, Calif., on Thursday. Authorities expect flooding as heavy rains spread across the area. Reed Saxon/AP hide caption 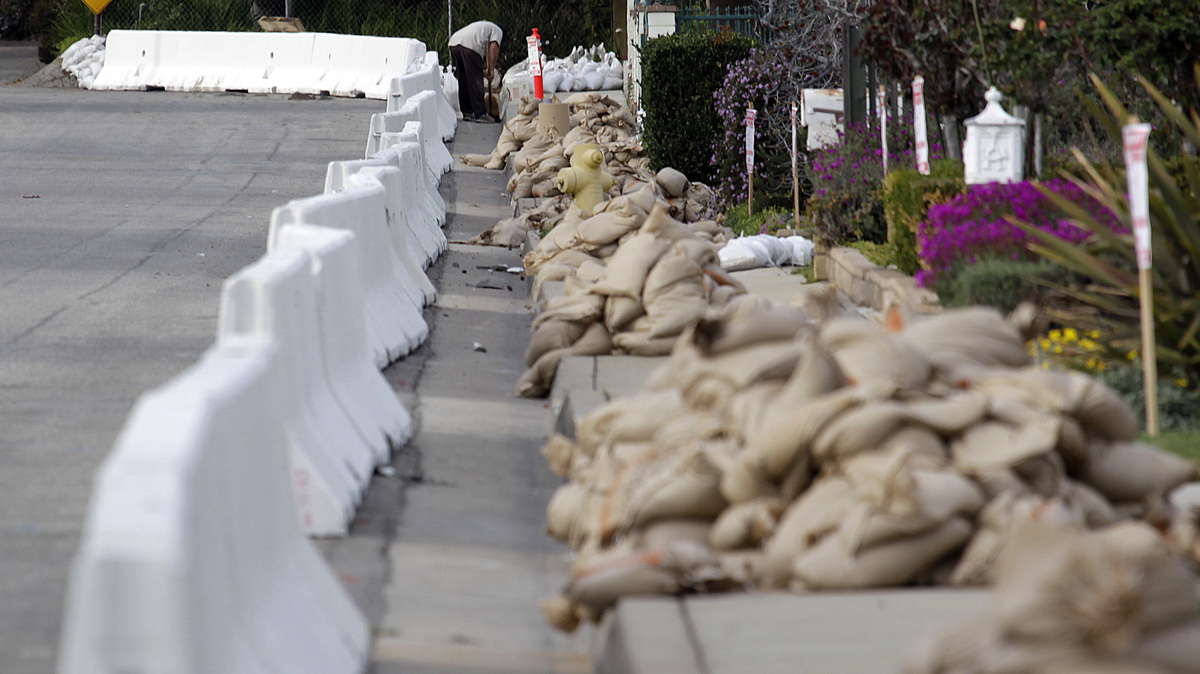 Before the deluge: Sandbags and barriers lined a road in Glendora, Calif., on Thursday. Authorities expect flooding as heavy rains spread across the area.

The heavy rains forecast for much of drought-stricken California have indeed descended on the state.

To the north, KQED's headline says this: "Bay Area's Next Storm on the Way With Lots of Rain and Wind."

In many parts of Southern California, an inch or more of rain fell overnight, as this National Weather Service map shows.

But the latest map of the state from the U.S. Drought Monitor website shows how far California still has to go to be out of danger. True, the data are from before the rain and snow of the past couple of days, but still: 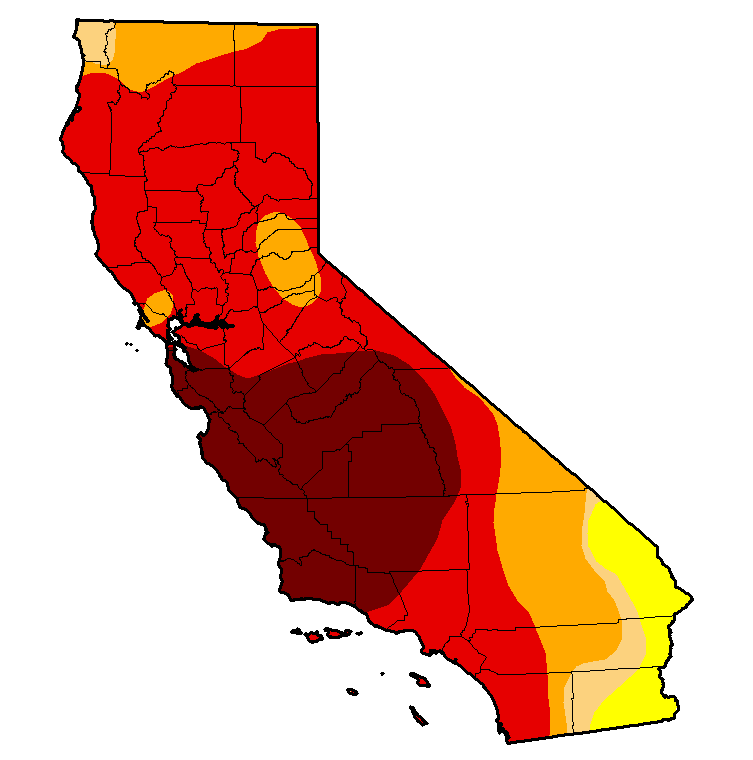 This is the latest snapshot of California from the U.S. Drought Monitor. The darker the shading, the more severe the conditions. The map is produced by the National Oceanic and Atmospheric Administration, the U.S. Department of Agriculture, and the National Drought Mitigation Center at the University of Nebraska, Lincoln. droughtmonitor.unl.edu hide caption

94.56 percent of the state was rated as suffering from drought conditions — 90.82 percent was classifed as either "severe," "extreme" or "exceptional" (the worst).

"How much will the current series of storms help?" KQED asks:

"Well, they won't hurt, that's for sure. But they will do little to make up the state's deep precipitation deficit or prevent the water shortages we're facing at least through the end of this calendar year. The good news is that right now forecasters are seeing increasing chances of another storm visiting the state next week."

The more immediate effect, as we warned Thursday, is an increased risk of flooding and mudslides, especially in parts of Southern California where wildfires have cleared away vegetation. USA Today writes that:

"Mandatory evacuation orders have been issued for 1,000 homes in two foothills suburbs east of Los Angeles in advance of the storm.

"The cities of Glendora and Azusa, about 25 miles northeast of Los Angeles, issued the orders at midday Thursday for homes that could be endangered by debris flows from nearly 2,000 acres of steep mountain slopes. Those towns sit at the foot of the steep San Gabriel Mountains, where a wildfire stripped nearly 2,000 acres of vegetation last month, meaning flowing water could pose a danger."