Accessibility links
Chinese Paper Calls Outgoing U.S. Envoy 'Yellow-Skinned, White-Hearted Banana Man' : The Two-Way Gary Locke was popular with ordinary Chinese because he was photographed carrying his own backpack and buying his own coffee. Such acts are seen as rare among Chinese officials. 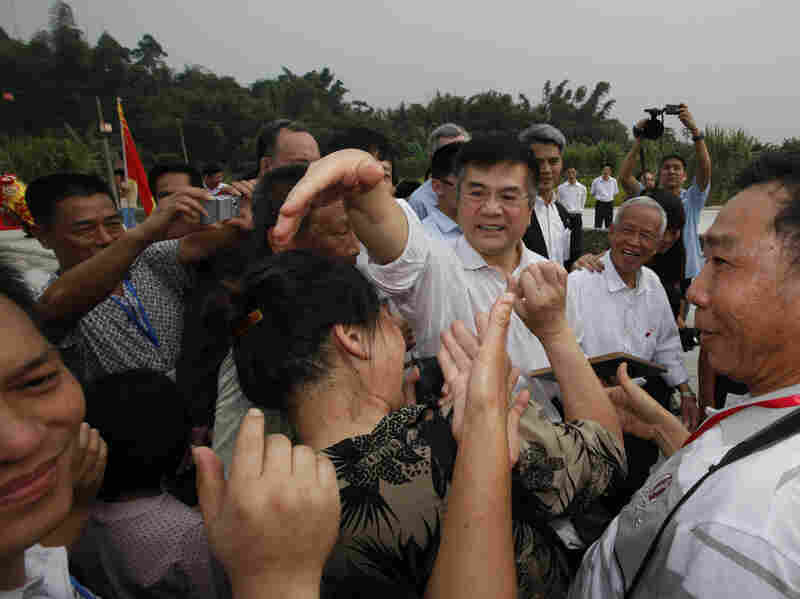 The Chinese media may not like him, but Gary Locke, the outgoing U.S. ambassador to China, was praised by ordinary Chinese. Kin Cheung/AP hide caption 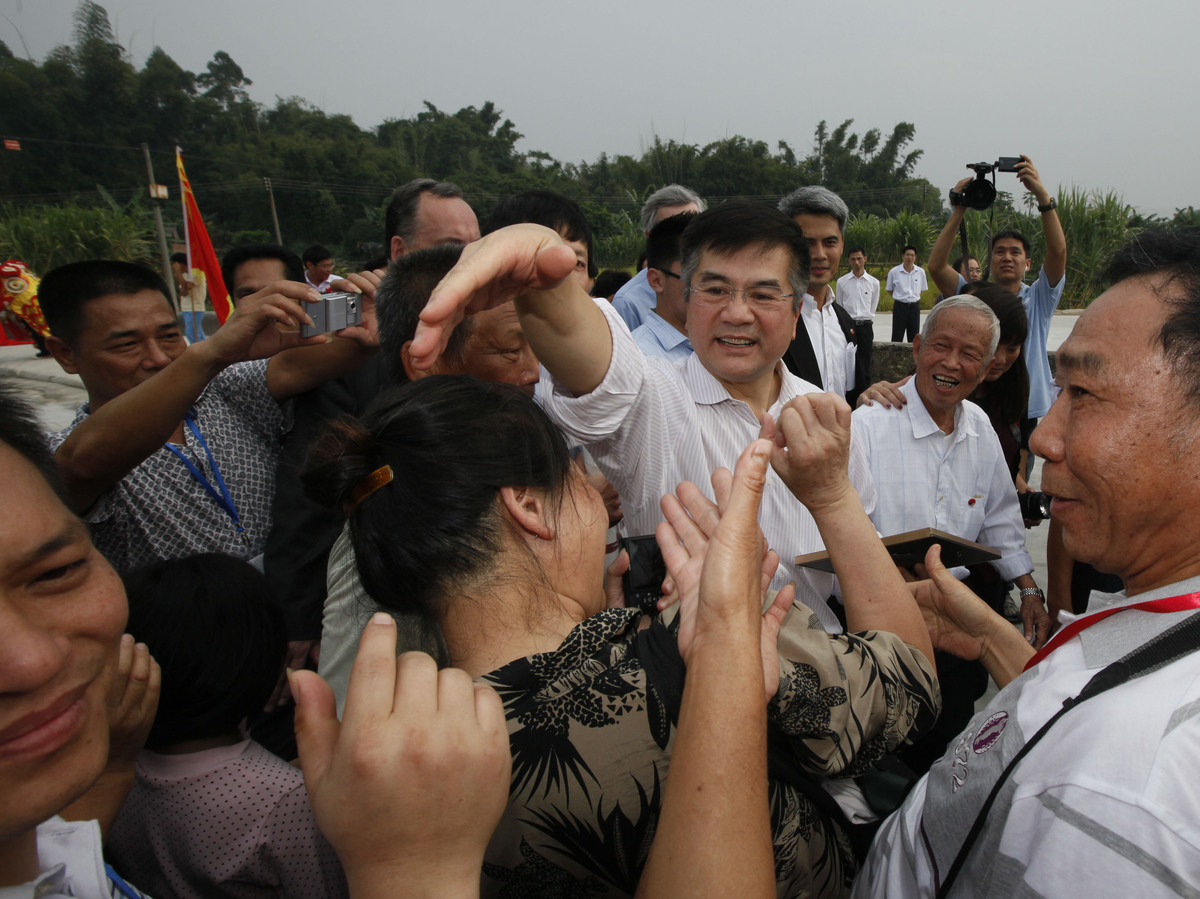 The Chinese media may not like him, but Gary Locke, the outgoing U.S. ambassador to China, was praised by ordinary Chinese.

Gary Locke may have won over ordinary Chinese with his conduct in the country, but not everyone was impressed with the first Chinese-American to serve as the U.S. envoy to China.

NPR's Anthony Kuhn reported Friday for our Newscast unit about an opinion piece in China News, a Chinese state media outlet, that called Locke, the outgoing U.S. ambassador, a "'yellow-skinned, white-hearted banana man,' whose Chinese ancestors would have kicked him out of the house, had they known about his future career."

"The piece lambasted him for carrying his own backpack and buying his own coffee in what it described as a ploy to embarrass less frugal Chinese officials.

"It also called him the 'guide dog' of Chinese blind activist Chen Guangchen, whose exodus to the U.S. was a sensitive episode in Locke's tenure.

"The piece finally observed that Beijing's choking smog seemed to arrive with Locke, and depart with him, too."

We've told you previously about how Locke's actions in China won him fans. As Eyder noted in 2011, soon after Locke arrived in Beijing:

"Some pictures of the brand new U.S. ambassador to China are causing quite a stir. There's no scandal, instead the pictures have the Chinese reconsidering how their own public servants should act.

"And it's all because of a coffee break.

"We'll explain: Someone took a picture of Ambassador Gary Locke buying his own coffee at Starbucks in the Seattle-Tacoma International Airport. And then, later pictures showed Locke and his family arriving at a Chinese airport carrying their own bags.

"Many Chinese were incredulous."

Chen Weihua, a columnist for the China Daily, the country's national English-language newspaper, told NPR's Melissa Block at the time: "I think people look at him like a hero."

Locke's actions touched a nerve in China, where there's been a long debate over conduct by government officials.

Even in those early days, the former commerce secretary and two-term Washington governor was criticized by China's state-run media. As NPR's Louisa Lim noted in a story, a party-controlled newspaper said Locke's posting in China was a neocolonialist plot "to strengthen pro-U.S. forces in China."