Accessibility links
Batman? Zorro? Lone Ranger? No, That Masked Man Is LeBron : The Two-Way After breaking his nose, the NBA's best player came back with a pretty menacing-looking mask.

Batman? Zorro? Lone Ranger? No, That Masked Man Is LeBron

Batman? Zorro? Lone Ranger? No, That Masked Man Is LeBron 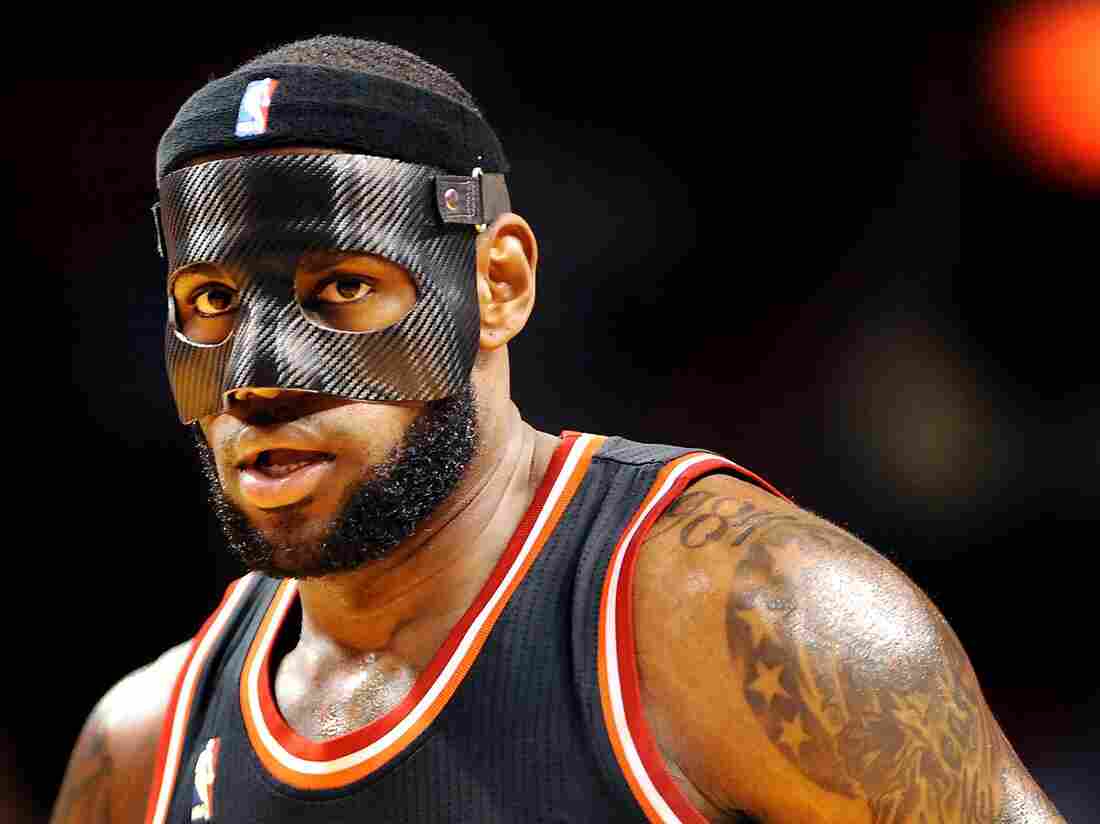 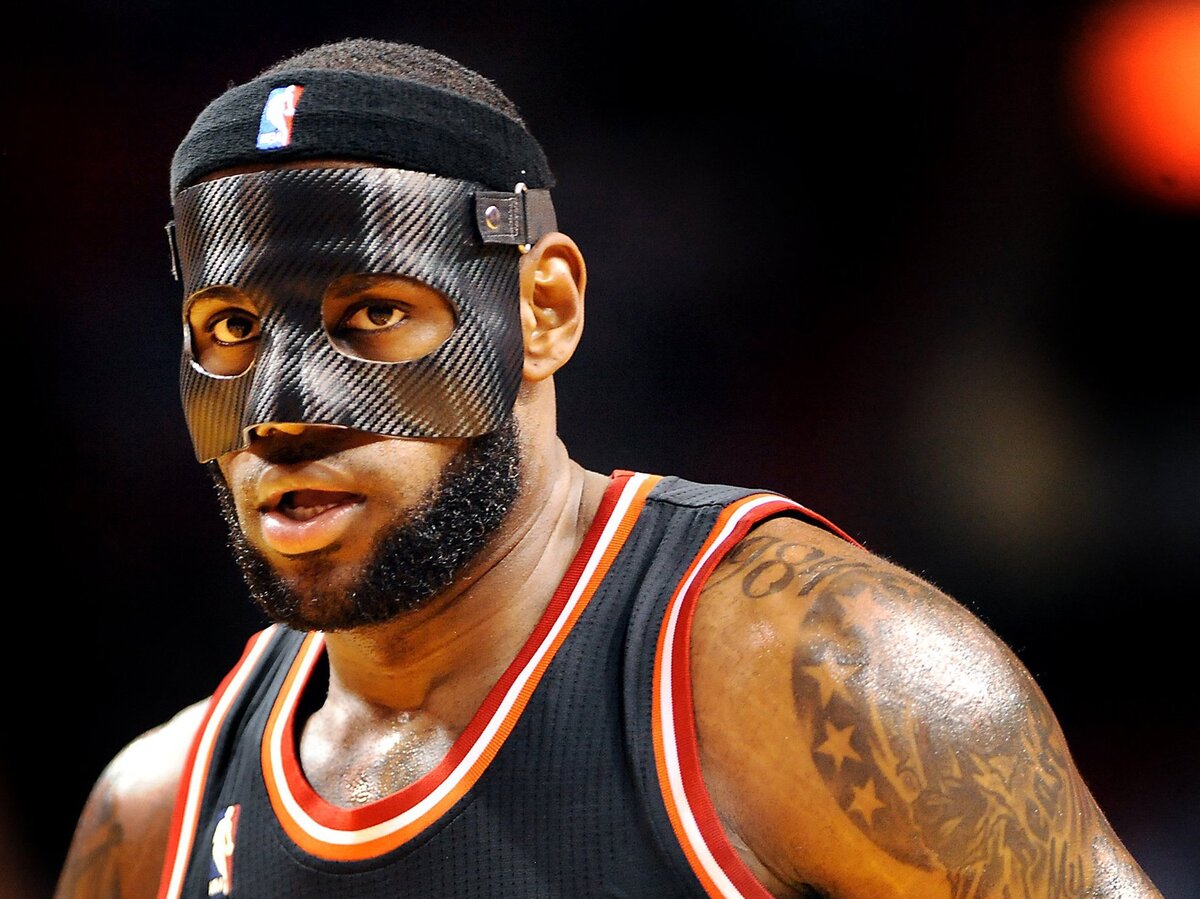 Many nights, you'll see at least one player from across the 30-team league protecting his still-sensitive schnoz with a clear plastic mask.

But not the current best player in the game.

A week ago, LeBron James of the Miami Heat broke his nose. Thursday night against the New York Knicks, King James chose a rather menacing look for his return from the injury: an all-black, carbon-fiber mask.

"I like the look of it. It looked kind of menacing," said Heat coach Erik Spoelstra.

James said he thought the black mask would look better with the team's black uniforms. He said it also weighs a bit less than other masks he's tried.

New York's Daily News thinks he could have gone even more radical: "The best player on the planet could have been blindfolded with one hand tied behind his back and he still would have dominated the Knicks."

The mask, meanwhile, has become something of a meme.

By the way, James has worn a mask (the clear type) before. At NBA.com, there's some analysis of his performance during the 2004-05 season, when James wore one for 16 games.

"Once he put the mask on," that post says, "James played more minutes, scored more points, grabbed more boards and dished out more assists than he did prior to the injury. His overall shooting percentage went up by 2 percent, although his 3-point and free throw percentages dipped."

So, perhaps the Heat's rivals really should fear the mask.