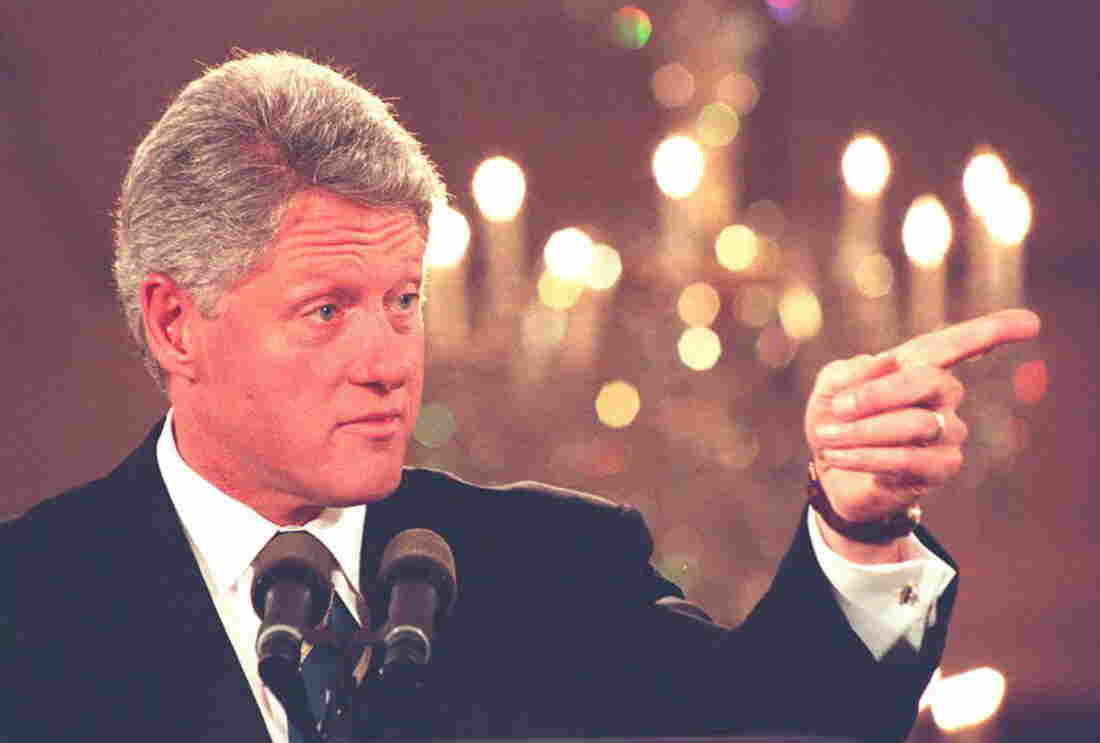 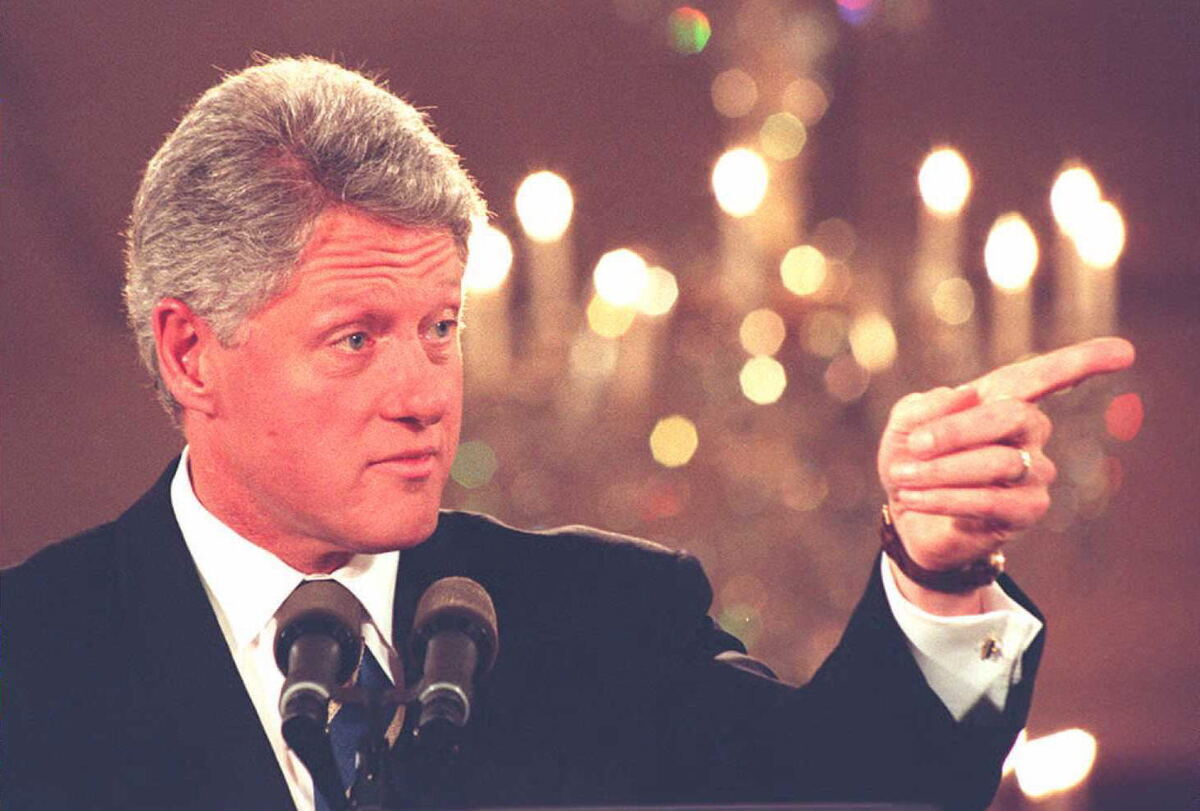 The Clinton Presidential Library released about 5,000 pages of previously withheld documents on Friday.

As The Associated Press points out, the latter could prove important because Hillary Clinton is mulling over a presidential run in 2016.

The library has posted the documents on its website. We're reading and we'll highlight interesting sections on this post, so make sure you refresh to see the latest.

Fox News opens its story on the documents with advice from consultants and political advisers to soften Hillary Clinton's image.

"In the latter years, as the media turned, the advice was far more blunt. 'Be real,' media consultant Mandy Grunwald told her in a 1999 memo. Grunwald told the first lady the public tends to see her only in 'very stern situations,' and warned her not to let the press see her 'uncomfortable or testy.' "

Here's how Politico wraps up its findings on the Clinton health care initiative:

"A memo to Hillary Rodham Clinton in April 1993 — one of a series of health care task force memos released by the Clinton presidential library Friday — revealed that [John] Dingell, then the chairman of the House Energy and Commerce Committee, was already convinced that the tide was turning against the Clinton health care reform plan.

"In the memo, White House health care adviser Chris Jennings told Clinton that Dingell 'is becoming more and more pessimistic about the prospects of health reform this year.' Dingell felt that the Clinton White House 'has not visibly illustrated its strong commitment to, and developed a realistic strategy for, passing health reform this year,' and was hearing from other lawmakers that 'the health policy process is in disarray,' according to the memo.

"Dingell also was hearing complaints from Democrats that 'they are pushing too many initiatives, making the analogy that it is like trying to push too much meat through a meat grinder,' the memo stated."

NPR's Julie Rovner, who has been looking through documents about the Clintons' health initiative, points out an April 1993 memo from Chris Jennings, a special assistant to the president on health care, to Hillary Clinton.

"Moynihan and [staff director Lawrence] O'Donnell are not overly familiar with the issue. What they do know is that health care reform will be complex, controversial, and potentially expensive, and they are extremely nervous about taking on this issue as their first big initiative."

Fun fact: Hillary Clinton went on to replace Moynihan in the Senate.

On April 4, 1996, a day after Ted Kaczynski was arrested, Clinton's national coordinator for security, infrastructure protection and counterterrorism tells speechwriters that he feels it would be "inappropriate for [Clinton] to comment on the Unabomber arrest."

The radio address Clinton gave on April 6, 1996, centered on the one-year anniversary of the Oklahoma City bombing.

In a memo preparing Clinton for an interview with Washington Post reporter Thomas Lippman, Tara Sonenshine, of the State Department, tells the president she expects Lippman will "advance an argument" that the U.S. "ignored warning signs of trouble, we were spooked by Somalia, we got scared off by the costs of an enhanced peacekeeping mission, and decided [Rwanda] wasn't worth it."

"If anything, this is a case where our experiences in Somalia did NOT prevent us from doing the right thing. If we were truly spooked by Somalia we would have turned away entirely, instead of committing 4000 American troops and spending $500 million to give the people of Rwanda humanitarian help and a breathing space. We put Somalia behind us and moved into Rwanda in full force.

"Once it became clear that genocide was taking place in Rwanda, this country led the way in getting the UN to act.

"On the decision NOT to provide U/S peacekeepers and the notion that PRD 25. was designed to limit peacekeeping, with Rwanda fast-becoming the litmus test of that unwillingness — I leave that to·you!"

This is, of course, political spin. The Clinton library sums up how Soderberg described the U.S. role in Rwanda in other documents intended for the administration:

"FOIA request 2006-0238-F contains records dealing with Nancy Soderberg, who served as Deputy Assistant to the President for National Security Affairs from 1993-1997. During that time she cautioned President Clinton to use restraint in the U.S. response to the genocide taking place in Rwanda. After the disastrous attempt to intervene in Somalia in October 1993, Clinton was understandably reluctant to commit ground troops on a massive scale.

"At a later date, Soderberg summed up this entire episode with a pithy remark. According to her, 'the ugly truth is that at the root of the failure to act is a belief [that the U.S.] has little responsibility to protect the lives of the victims of an ongoing genocide.' "

In a memo from speechwriter David Shipley, he advises that Clinton must address a racial divide resulting from the O.J. Simpson trial in 1995. To not "step up to the plate would be an abdication of leadership."

"The President must address the rift head-on. He.must tell us what we can do. And he must tell us what he will do. He will clean our national house, and he will start with the criminal justice system. He will 1) Go after racism with a vengeance and 2) see to it that domestic violence is treated as seriously as any other crime. These actions will right the imbalance exposed by the trial.

"This is a defining moment. The country is waiting for the President to talk. He is one of the few American leaders with the credibility to address both blacks and whites — more than the G.O.P.; almost as much as [Gen. Colin] Powell. In fact, if he demonstrates that he can bring people together now, he could preempt the vision of Powell as the only leader who can erase division and bring us together."

NPR's Julie Rovner tweets that the documents show the Clinton administration thought it could pass a "historic health reform bill" by the end of 1993.

That, of course, failed. The Democrats did manage to pass the Affordable Care Act in 2010.

In a memo from Tom Epstein to Rahm Emanuel, at the time advisers to Clinton, Epstein lays out how the administration should proceed with an overhaul of immigration laws. Epstein writes:

"While any immigration-related action on the part of the administration is likely to be controversial and costly, the penalty for inaction is far greater; Middle class swing and Democratic voters are angry and want something done. It's time for a New Democrat solution."

Epstein also talks about the potential for a bipartisan solution:

"Before any major public initiatives are developed, key Congressmembers and other opinion leaders should obviously be consulted and the available literature [on] the subject carefully reviewed. For our political purposes, [Sen. Dianne] Feinstein, [Rep. Howard] Berman, [Rep. Anthony] Beilenson, and [Rep.] Xavier Becerra [all California Democrats] should be major players in our policy discussions. We can also build bridges to Republicans on this issue, and that should be done."

As Politico reports, a lot of the more than 30,000 documents exempted from release by the National Archives are now past the 12-year limit set by the Presidential Records Act.

Politico explains that Clinton and President Obama can ask that some records be withheld under executive privilege. The site adds:

"Aides to Obama and Clinton said this week that no assertion of executive privilege was made for records in the cleared batch of 25,000 pages. No final decision appears to have been made on the remaining 8,000 pages.

"In 2001, about 70,000 pages of records from President Ronald Reagan's White House hit the same 12-year mark and were slated for disclosure. Ultimately, Reagan asserted executive privilege over just 74 pages. A judge upheld the assertion."