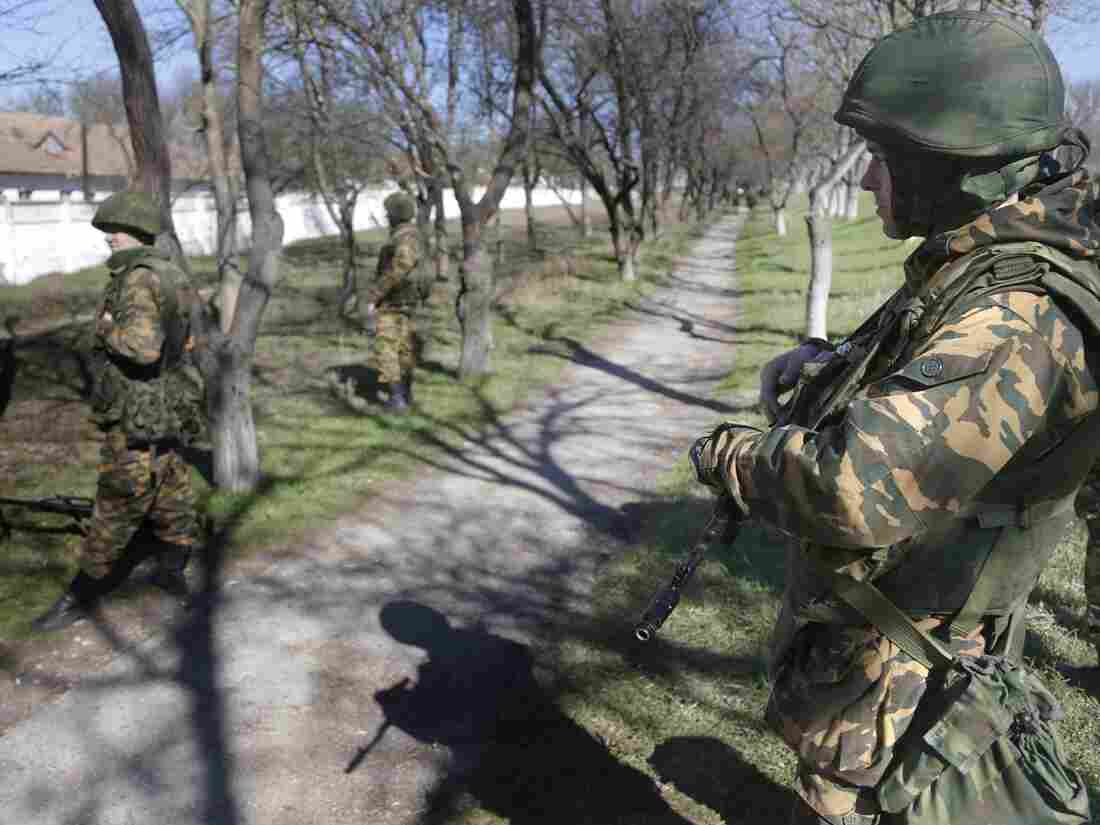 Armed men in military uniform, believed to be Russian soldiers, were outside the territory of a Ukrainian military unit in Bakhchisaray, on the Crimean Peninsula, on Monday. Maxim Shipenkov/EPA/LANDOV hide caption 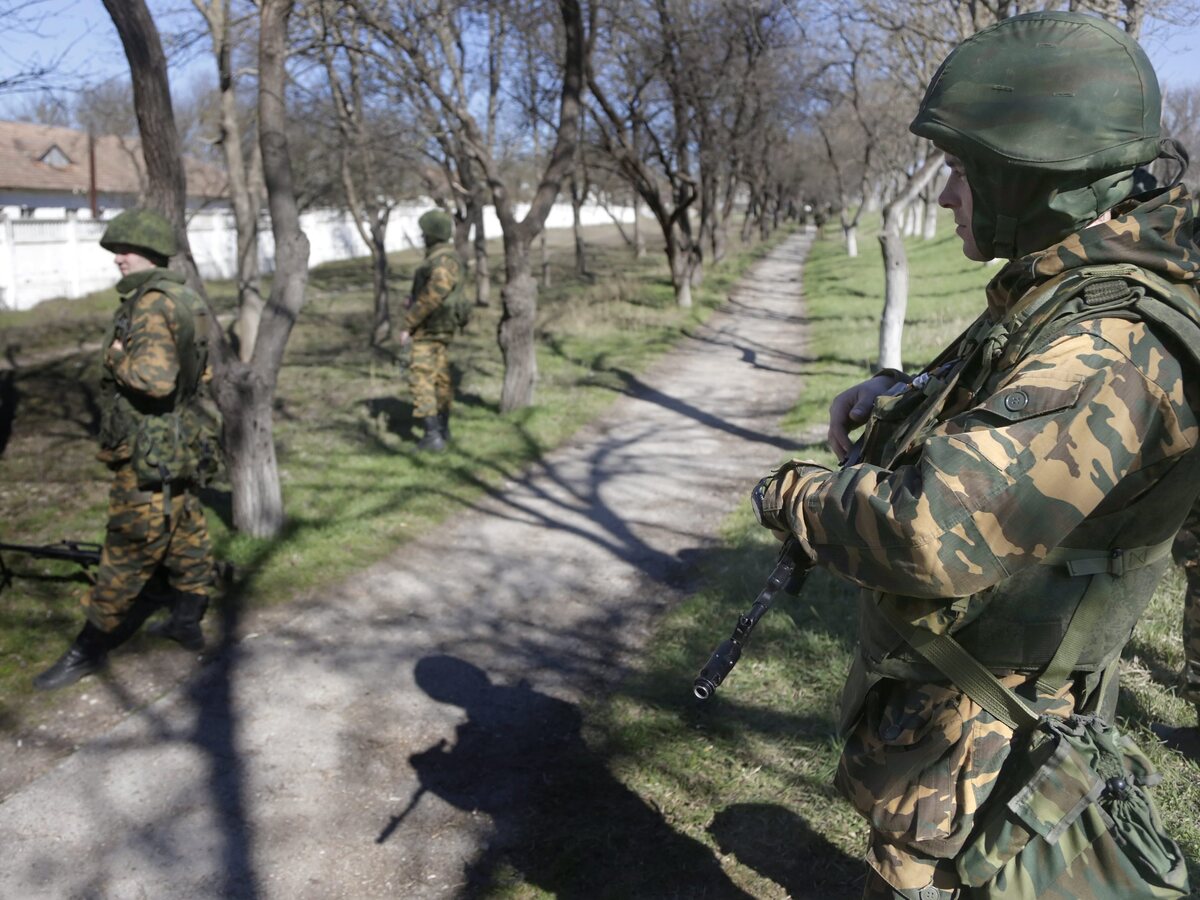 Armed men in military uniform, believed to be Russian soldiers, were outside the territory of a Ukrainian military unit in Bakhchisaray, on the Crimean Peninsula, on Monday.

Any claims that the Russian military has warned Ukraine to surrender in Crimea or face an assault on Tuesday are "total nonsense," a Russian Defense Ministry official says, according to The Voice of Russia.

The unidentified official turned the accusation back at Ukraine, saying that "we are used to daily accusations about using force against our Ukrainian colleagues. ... Efforts to make us clash won't work."

As we said earlier, accounts often vary in situations such as this when news is breaking. We'll keep an eye out for changes in the story.

Russia has reportedly given Ukraine an ultimatum — surrender Crimea by early Tuesday morning or face a full-on military assault across the strategically important peninsula.

The exact wording of the warning varies by news outlet, most likely because of differences in translations:

-- "Russia has issued an ultimatum to Ukrainian forces in the Crimea to clear out by 5 a.m. Tuesday or face a 'military storm.' " (CNN)

The headlines stem from a report from the Interfax news agency, part of which is here. Interfax, in turn, says it's citing Ukrainian defense ministry sources.

As always in situations such as this when news is breaking and accounts may vary, we'll keep an eye out for changes in the story.

Meanwhile, "Russia's foreign minister said Monday that the decision to dispatch troops to Ukraine is not an act of aggression, but a measure aimed at protecting human rights and Russian citizens," RIA Novosti reports.

Diplomats from the U.S., U.K. and other nations say, however, that Russia has trampled on the sovereign rights of another nation by sending its forces into Crimea after Ukraine's pro-Russian president was removed from office by his nation's parliament.

Up to now, there have been no reports of shots fired or confrontations involving troops as Russian forces have moved to surround Ukrainian military bases and occupy other strategic places in Crimea.

Earlier, we posted about how:

"With Russian forces now effectively in control on the Crimean Peninsula, there's an ominous question on the minds of people around the world:

"Will President Vladimir Putin go further — sending his troops into other parts of Ukraine?"