Accessibility links
Teens Live 'A Dream,' Dancing With Pharrell At Oscars : The Two-Way Sunday night's Oscars marked the fourth time students from a Los Angeles high school have teamed up with the superstar musician.

Teens Live 'A Dream,' Dancing With Pharrell At Oscars

Teens Live 'A Dream,' Dancing With Pharrell At Oscars 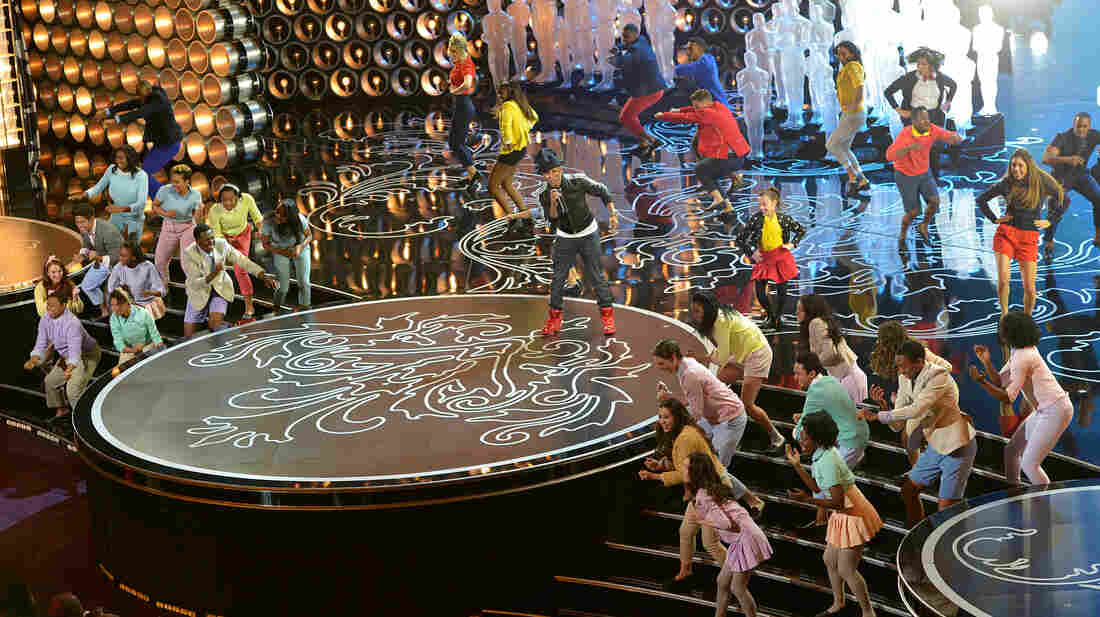 Pharrell Williams, center, performs "Happy" during the Oscars at the Dolby Theatre on Sunday, with the help of dancers who attend an L.A. high school (they're dressed in pastel colors). John Shearer/John Shearer/Invision/AP hide caption 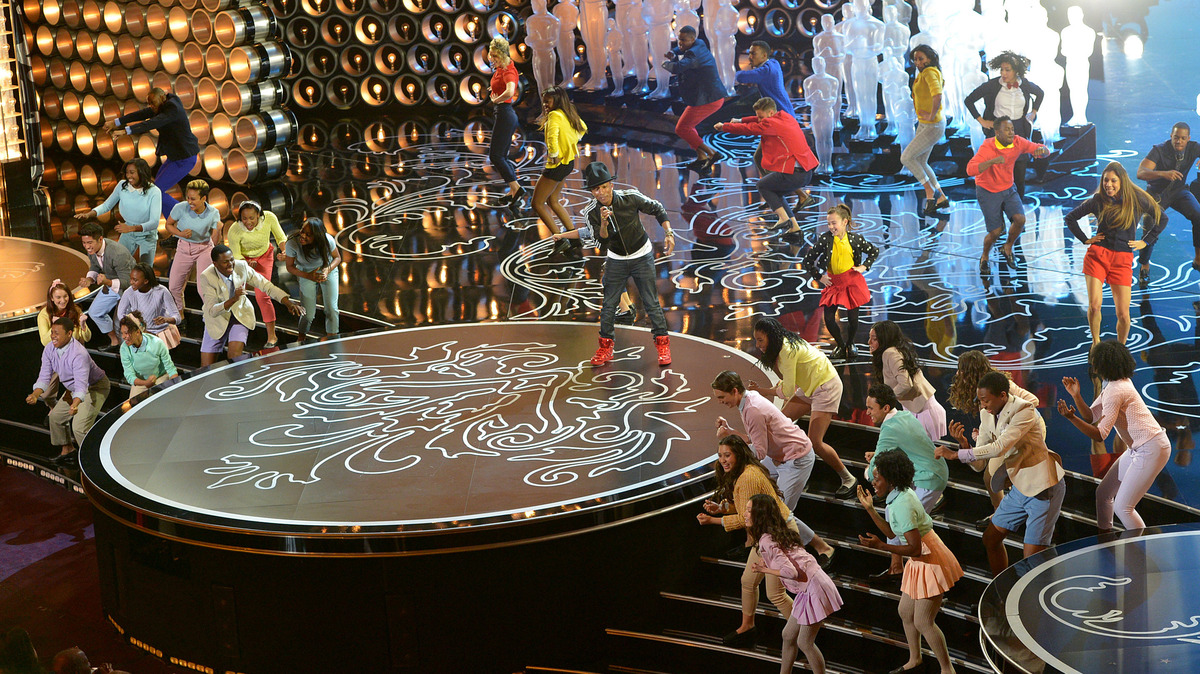 Pharrell Williams, center, performs "Happy" during the Oscars at the Dolby Theatre on Sunday, with the help of dancers who attend an L.A. high school (they're dressed in pastel colors).

Nearly 20 kids went back to high school Monday after a very special weekend: They danced onstage with Pharrell at the Oscars Sunday night. It's the fourth time students of Los Angeles' Academy of Music at Hamilton High School have teamed up with the superstar musician in recent months.

"It was a dream. It was awesome," Alexa Baruch, 15, tells member station KPCC. "Leonardo DiCaprio was right in front of us."

The students were chosen to help Pharrell perform his song "Happy," from the soundtrack for the animated film Despicable Me 2. The song hit No. 1 on Billboard's Hot 100 list last week.

"It was a very long process, but very worth it," junior Preston Parker tells KPCC's Mary Plummer of working with Pharrell along with his classmates from the school's dance and chorus programs. "It was crazy incredible. It was a true blessing."

The next step, Parker said, would be "to actually win an Oscar."

The students worked with choreographer Fatima Robinson, Plummer reports. They also shared the stage with Pharrell and about 20 professional dancers.

"It was such a unique opportunity and these kids will forever have something really special to remember," Kelci Hahn, the school's choral director, said.

If you want proof the students took their chance seriously, consider this: They kept it a secret, agreeing not to use social media such as Instagram or Facebook to discuss their upcoming gig at the Dolby Theatre with one of the hottest stars in music. Only in recent days were allowed to spread the news.

The Academy of Music is a magnet program; it relies heavily on donations, school officials tell KPCC.

To eliminate possible confusion, we've clarified the portion of the text that mentions Fatima Robinson. Our original report suggested her name was brought up by the school's Kelci Hahn. That's not the case. We regret the error.