Accessibility links
Italian Publisher Launches Pope Francis Fan Magazine : The Two-Way The premiere issue of Il Mio Papa (or My Pope) includes a pull-out centerfold of the smiling, cassock-clad pontiff. But Francis tells an Italian newspaper there's too much hype surrounding his papacy. 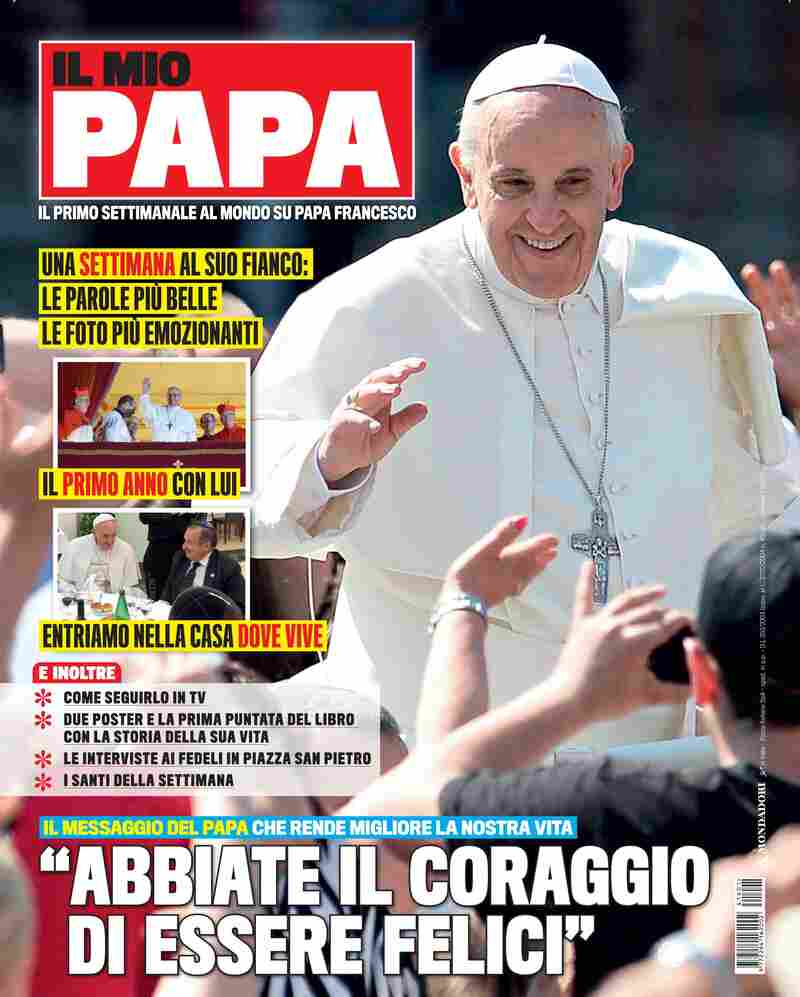 Publisher Mondadori provided this image of the first issue of Il Mio Papa (My Pope) on Tuesday, a day before it was slated to hit Italian newsstands. Uncredited/AP hide caption 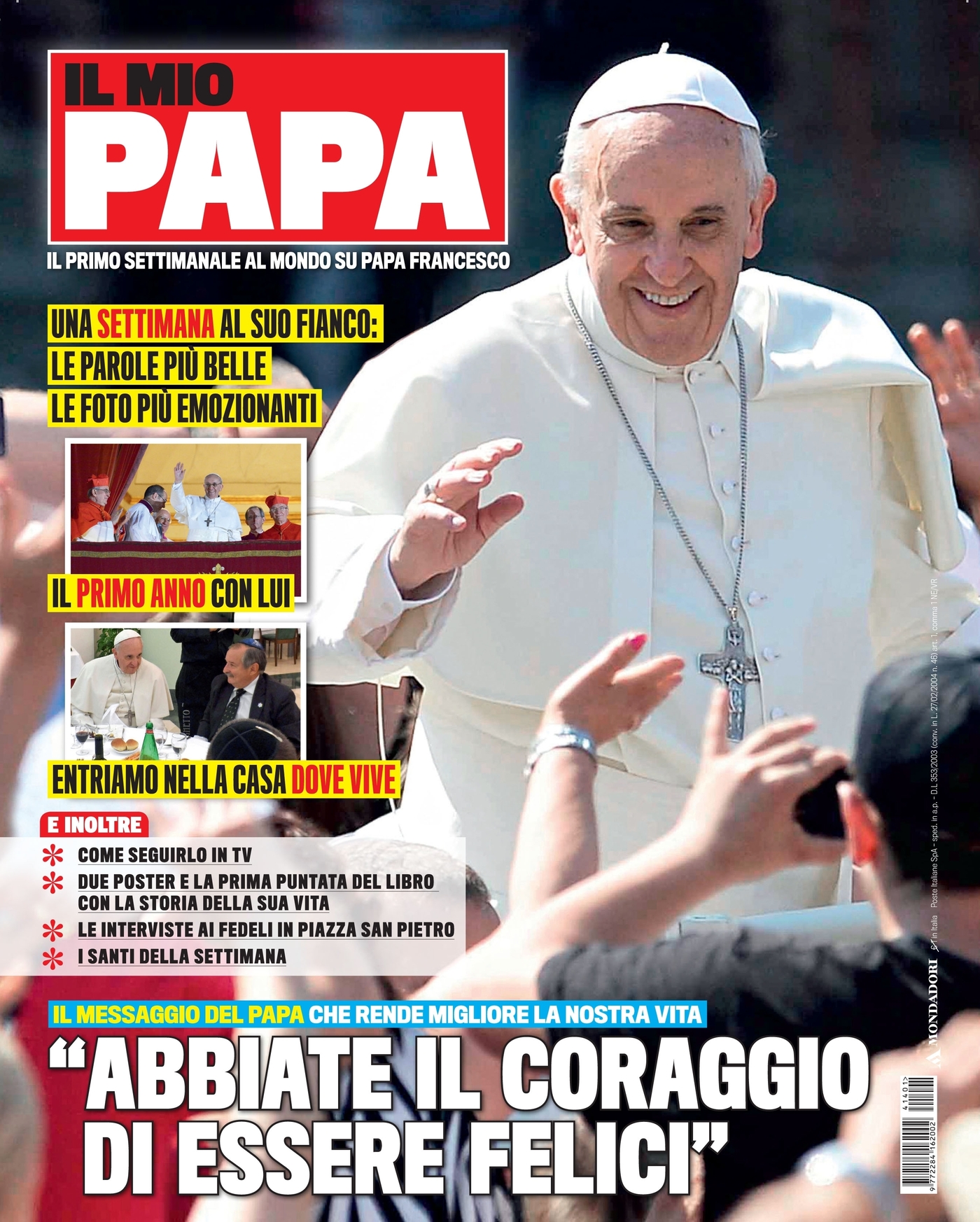 Publisher Mondadori provided this image of the first issue of Il Mio Papa (My Pope) on Tuesday, a day before it was slated to hit Italian newsstands.

Pope Francis, fresh from getting his picture on the cover of Rolling Stone, now graces the pages of a new Italian fan magazine devoted to His Holiness.

But the pontiff tells an Italian newspaper that he views all the attention as "offensive."

The magazine, titled Il Mio Papa (or My Pope), "hit the newsstands [Wednesday] with a 69-page first edition full of photos of the pope, his life story, his appeals for peace and articles about what people think of him," Reuters writes. The first issue seemed timed to coincide with Ash Wednesday, the first day of Lent, and comes barely a week ahead of the first anniversary of Francis becoming pope, on March 13.

Aldo Vitali, the editor of Il Mio Papa, writes in the premiere issue that its purpose is "not so much to celebrate" the pope, but to help spread his message.

Reuters notes that Vitali is also the editor of an Italian TV listings and celebrity news magazine.

Meanwhile, in an interview with Italy's Corriere della Sera published Wednesday, Francis says he doesn't care for the level of hype that surrounds his papacy.

"Francis told Italian daily Corriere della Sera he doesn't appreciate the myth-making that has seen him depicted as a 'Superpope' (as an Italian street artist recently painted him) who sneaks out at night to feed the poor (as Italian newspapers have suggested).

" 'I don't like ideological interpretations, this type of mythology of Pope Francis,' the pope told Corriere. 'If I'm not mistaken, Sigmund Freud said that in every idealization there's an aggression. Depicting the pope as a sort of Superman, a star, is offensive to me.

" 'The pope is a man who laughs, cries, sleeps calmly and has friends like everyone else. A normal person.' "

In the same interview, as the BBC reports, Francis rebuffs critics of the church's internal handling of the clergy abuse scandal.

"The Catholic Church is perhaps the only public institution to have acted with transparency and responsibility," Francis says, adding, "No one else has done more. Yet the Church is the only one to have been attacked."