Accessibility links
Bin Laden's Brother-In-Law Goes On Trial In Manhattan : The Two-Way Prosecutors say Sulaiman Abu Ghaith agreed to become a spokesman for al-Qaida in the days after the Sept. 11, 2001, terrorist attacks. 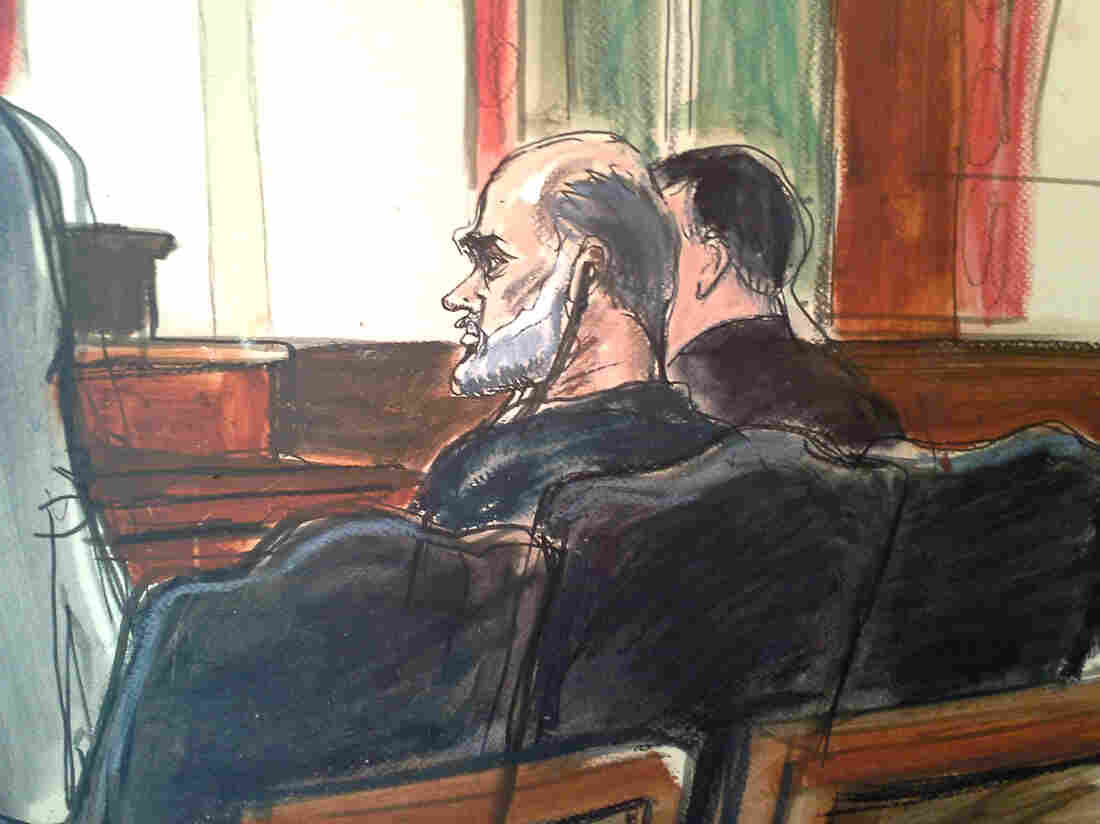 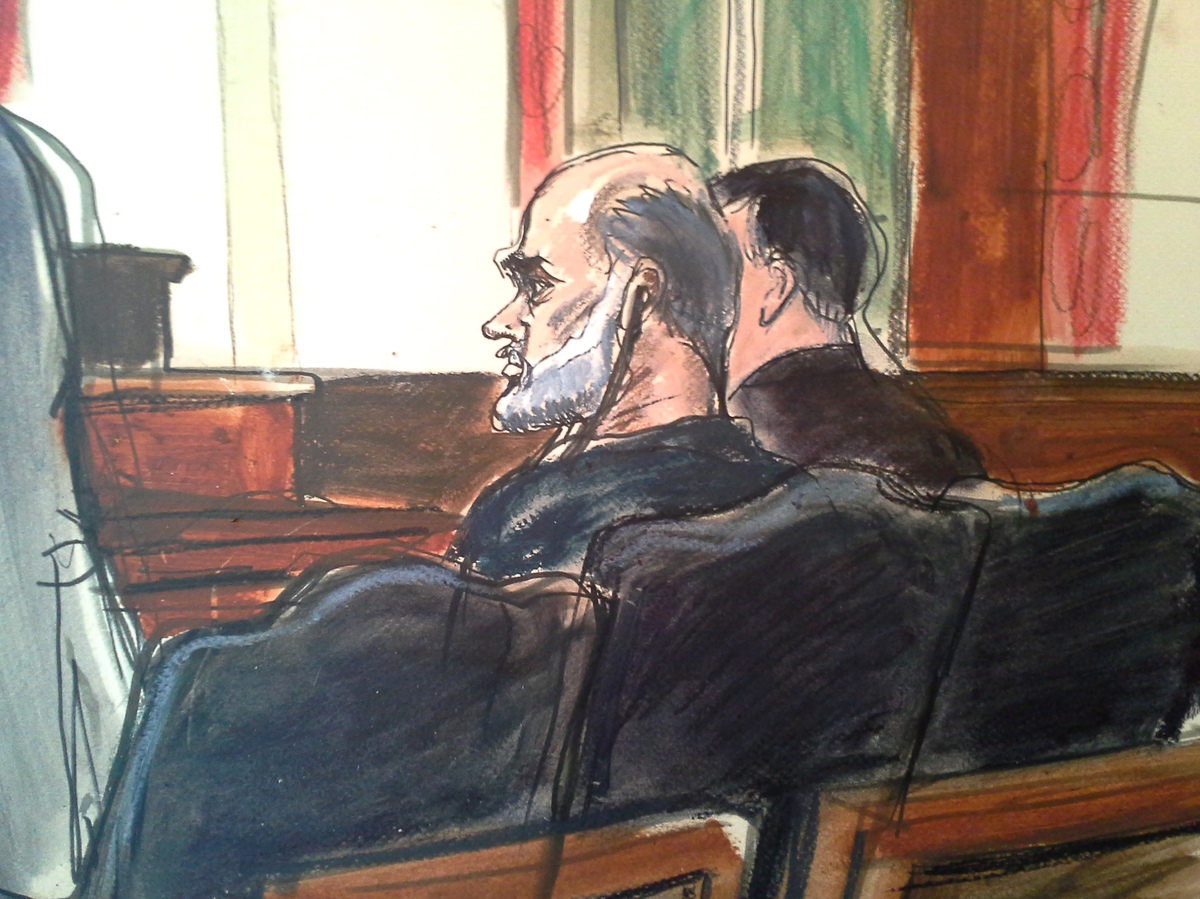 Sulaiman Abu Ghaith, the son-in-law of Osama bin Laden who prosecutors say became a mouthpiece for al-Qaida in the days after the Sept. 11, 2001, terrorist attacks, faced a jury for the first time on Wednesday in a Manhattan federal courtroom.

On the first day of the trial, jurors were shown a photo that prosecutors said was Abu Ghaith, a Kuwaiti, sitting side-by-side with Osama bin Laden the day after the devastating attacks on the World Trade Center towers and the Pentagon.

In his opening statement, Assistant U.S. Attorney Nicholas Lewin said that on the afternoon of those attacks, Osama bin Laden summoned Abu Ghaith and "asked him to deliver al-Qaida's murderous decree to the whole world.

"While our buildings still burned, he agreed" to the al-Qaida leader's request to assume the role of spokesman for the terrorist network, tjhe prosecutor said.

"He invoked his twisted view of Islam and declared, 'Fight thee against the friends of Satan. Fight with al-Qaida against America,'" Lewin said.

Abu Ghaith, who wore a suit and tie and listened to the proceedings through an Arabic-language interpreter, is one of the highest-ranking figures linked to al-Qaida to face a civilian jury.

"Defense attorney Stanley Cohen countered by pointing out that Lewin referenced the Sept. 11 attack several times in his opening, even though his client wasn't involved in the plot."

"'This is not Osama bin Laden,' Cohen said, pointing to Abu Ghaith. 'This is Sulaiman Abu Ghaith, a Muslim, an Arab from Kuwait, a husband, a father, an imam, a talker, an ideologue.'"

"Cohen warned jurors that the government would try to overwhelm them with videos and questionable witnesses and said there was no evidence against his client."

"Cohen said Abu Ghaith was a 'talker' and an ideologue whose recorded statements will horrify jurors and make them 'flinch.'"

The defense attorney said his client was prone to making "stupid" statements, but that jurors should keep open minds.

"At the end of the day, there's really no evidence," Cohen said. "There is the substitution for evidence with fright and alarm."

The first witness Wednesday was an FBI counterterrorism agent.

The trial is expected to last about a month, the AP says.