Accessibility links
Senate Blocks Bill To Overhaul Military Sex Assault Prosecutions : The Two-Way The measure would have removed the authority of senior military commanders to prosecute sexual assault cases within their ranks. The vote was 55-45 vote. 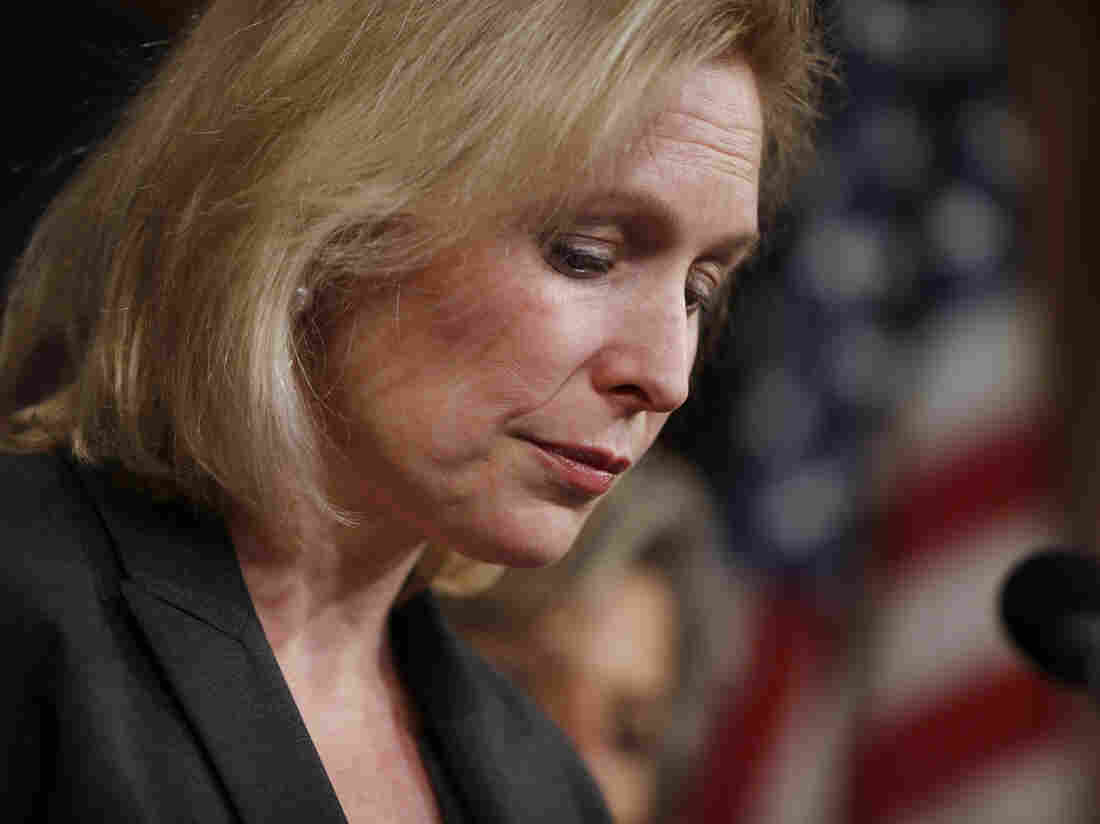 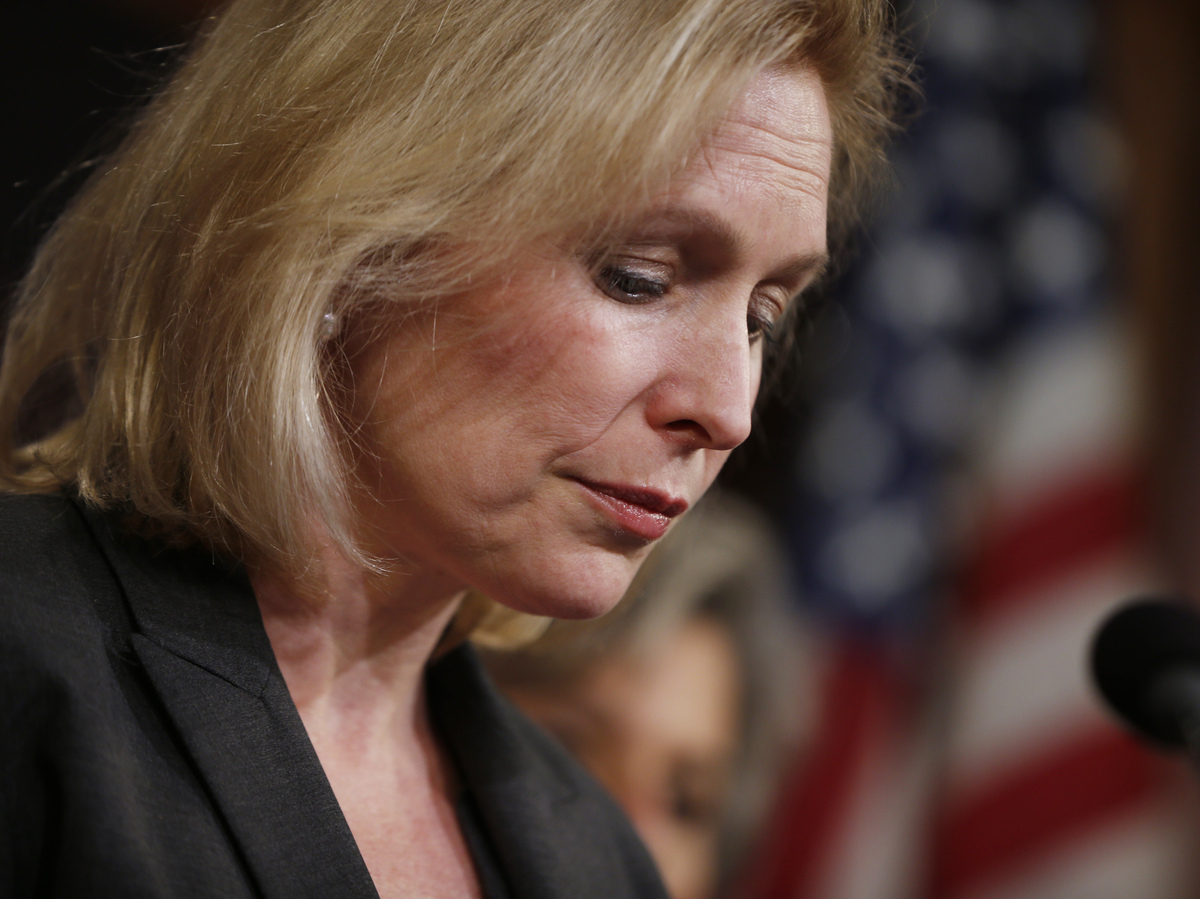 Sen. Kirsten Gillibrand (D-NY) pauses while speaking at a news conference on Capitol Hill in Washington, on Thursday following the Senate vote on the military sexual assaults bill she sponsored.

The Senate has voted to block a bill that would have removed the authority of senior military commanders to prosecute sexual assault cases within their ranks.

On Thursday's 55-45 vote, short of the 60 necessary to move the legislation forward, the Senate set aside the Military Justice Improvement Act sponsored by New York Democratic Sen. Kirsten Gillibrand.

USA Today says the bill "would take away military commanders' authority to decide whether to prosecute sexual assault cases — and other offenses punishable by at least one year in jail — and give it to prosecutors in the Judge Advocate General's office."

"The Pentagon's leadership vigorously opposed the measure, arguing that officers should have more responsibility, not less, for the conduct of the men and women they lead."

"Proponents of the bill insisted that far-reaching changes in the Uniform Code of Military Justice are necessary to curb a scourge of rapes and sexual assaults."

"Gillibrand's effort bitterly divided the Senate in a battle that smashed conventional lines on gender and political party."

The AP says: "Although the vote sent the bill back to the Senate calendar, it was unlikely to be the final word. Gillibrand was expected to pursue the issue this spring when the Armed Services Committee begins work on a sweeping defense policy bill for the 2015 fiscal year."

Gillibrand's legislation comes amid a rash of high-profile sexual assault and sexual misconduct cases in the ranks, prompting President Obama in December to order a one-year review of the military's response to the problem. On Thursday, Army Brig.-Gen. Jeffrey Sinclair pleaded guilty to adultery before a court-martial in North Carolina, but still faces a charge of sexually assaulting a female captain.