Accessibility links
Jobless Rate Ticks Up, But Job Growth Is Better Than Expected : The Two-Way There were 175,000 jobs added to payrolls last month. That's about 25,000 more than economists forecast. The unemployment rate, though, edged up to 6.7 percent from 6.6 percent in January.

Jobless Rate Ticks Up, But Job Growth Is Better Than Expected

Jobless Rate Ticks Up, But Job Growth Is Better Than Expected 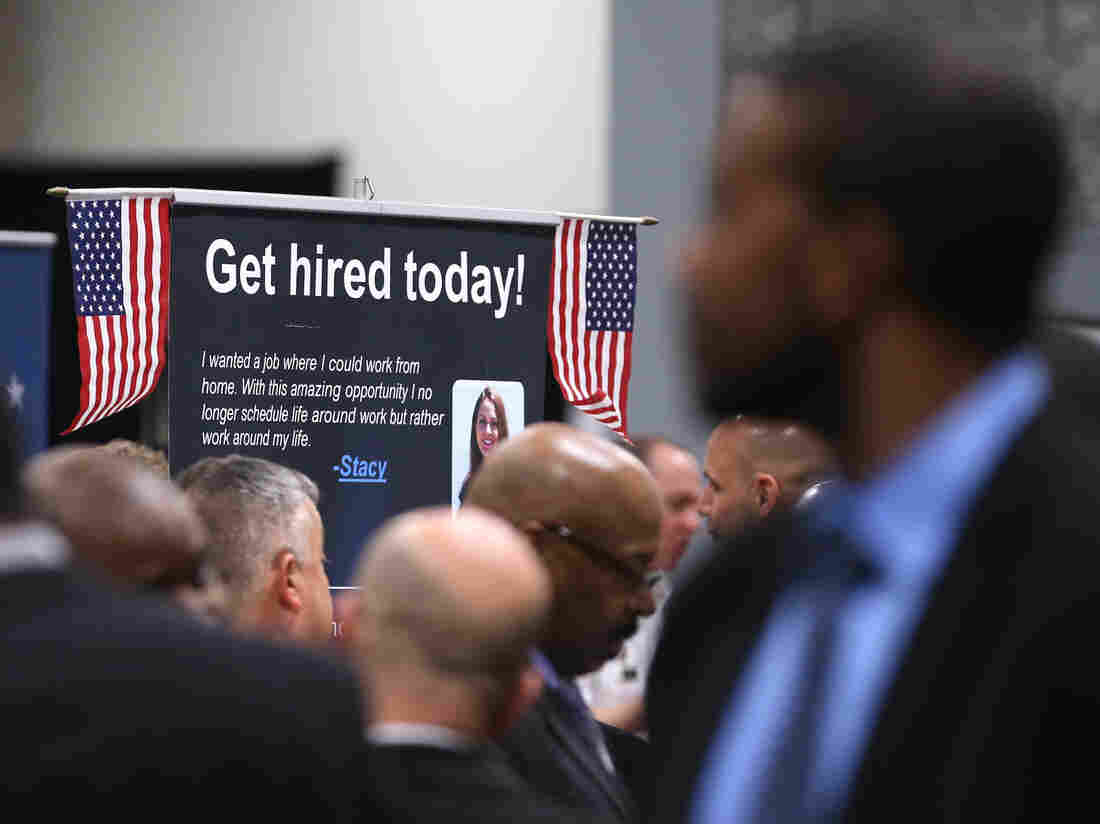 The scene at a job fair for veterans earlier this year in Washington, D.C. Mark Wilson/Getty Images hide caption 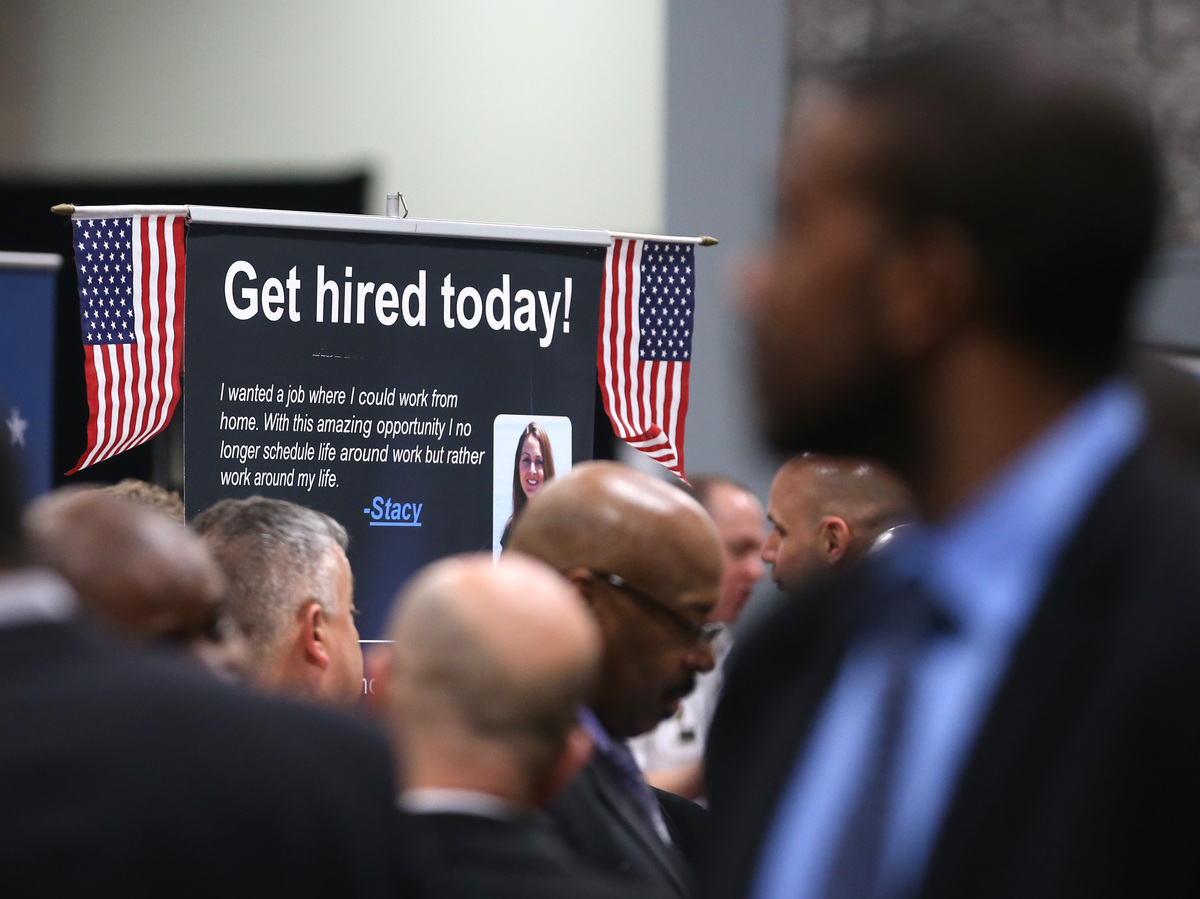 The scene at a job fair for veterans earlier this year in Washington, D.C.

The nation's unemployment rate edged up to 6.7 percent in February from 6.6 percent the month before, but employers added more jobs than expected, the Bureau of Labor Statistics said Friday.

According to BLS, the number of jobs on public and private payrolls grew by 175,000 last month — about 25,000 more than economists had expected.

That employment figure, not the jobless rate, is typically what economists focus more attention on after each month's data are released. They had been expecting to hear that 150,000 or fewer jobs were added in February. The fact that the number was higher "could ease fears of an abrupt slowdown in economic growth," Reuters writes.

There's also a case to be made that the slight rise in the jobless rate was caused, at least in part, by a positive trend: BLS says the size of the civilian labor force grew by about 264,000 and that the number of people classified as "discouraged workers" declined to 755,000 from 837,000.

Those are signs that many Americans are now at least a bit more optimistic about the chances of finding work, and have re-entered the labor force. As they come back into the pool, though, the unemployment rate can edge up even as employers add jobs.

The news was released at 8:30 a.m. ET. We'll have more from the report and reactions to it.

In the first 10 minutes or so after the start of trading in New York, stocks were up slightly. The Dow Jones industrial average, for instance, rose about 60 points — or about 0.3 percent.

-- The leisure and hospitality industry increased employment by 25,000.

-- "Employers added more workers than projected in February, indicating the U.S. economy is starting to bounce back from a weather-induced setback." (Bloomberg News)

-- "The steady pace of hiring last month — it was the biggest increase in three months — suggests the economy has not slowed as much as a recent spate of indicators appear to indicate." (MarketWatch)

The news "has people breathing a sigh of relief because it comes on the heels of two very disappointing [jobs] reports, for December and January," NPR's Chris Arnold tells our Newscast Desk.

"This is clearly a report that works in favor of the stock market bulls: continued moderate growth that keeps the [Federal Reserve's] low-rate policies in place, tapering aside," writes The Wall Street Journal's Tom Lauricella. "I suspect we'll be writing 'stocks hit a fresh record high' an awful lot in coming weeks."

Update at 8:45 a.m. ET. Why The Numbers Went In Different Directions:

This has happened before — better-than-expected job growth is accompanied by a rise in the unemployment rate. Once again, the explanations include:

-- The fact that the two figures are produced by different surveys, one of employers and the other (for the jobless rate) of households.

The latest news about job growth and the nation's unemployment rate is due at 8:30 a.m. ET.

Economists expect to hear that while the jobless rate stayed at a five-year-low 6.6 percent last month, job growth was relatively weak.

As NPR's John Ydstie reported on Morning Edition, this winter's especially cold weather across much of the nation likely held down hiring — particularly in the construction industry. The Bureau of Labor Statistics is expected to say that about 150,000 jobs were added to payrolls in February.

That would be a modest uptick from January's pace. In its initial report for that month, BLS said employers added only 113,000 jobs to payrolls. But 150,000 jobs is still a small gain in an economy that employs more than 145 million people.

We'll be updating this post as news from the report comes in.