Accessibility links
Daylight Saving Time: Set Your Clocks Ahead Tonight : The Two-Way Clocks will be set ahead by one hour tonight in much of America, as 2 a.m. will become 3 a.m. Among U.S. states, only Hawaii and most of Arizona will keep their clocks set to Standard Time. 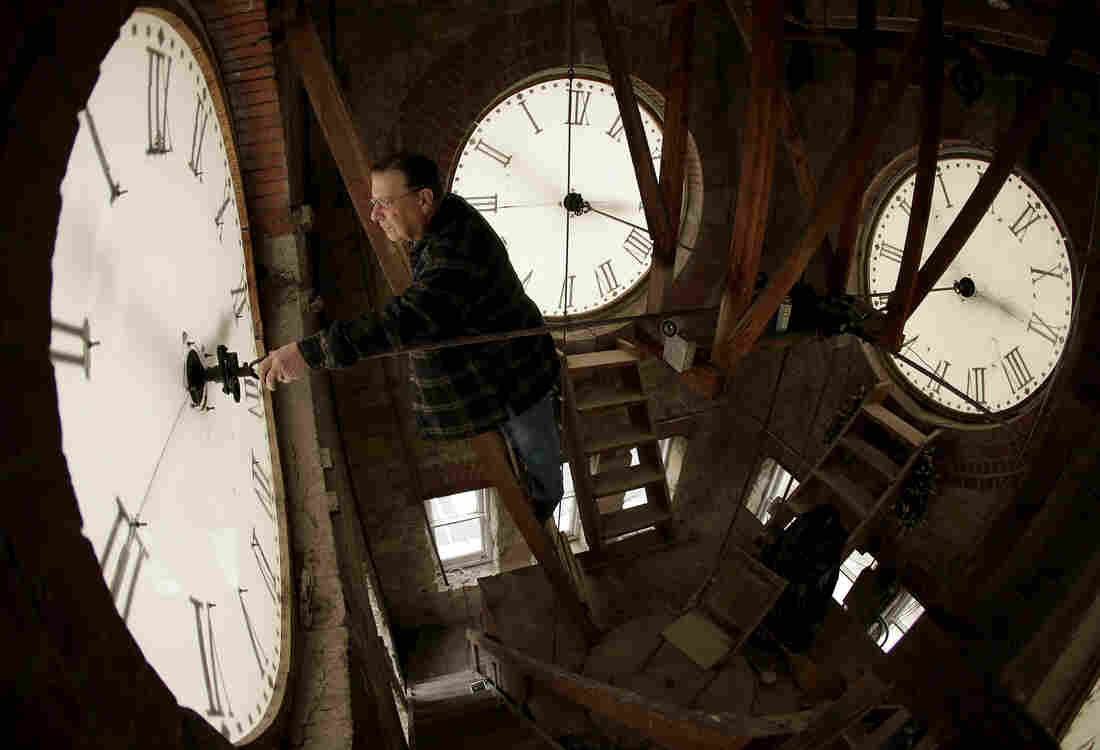 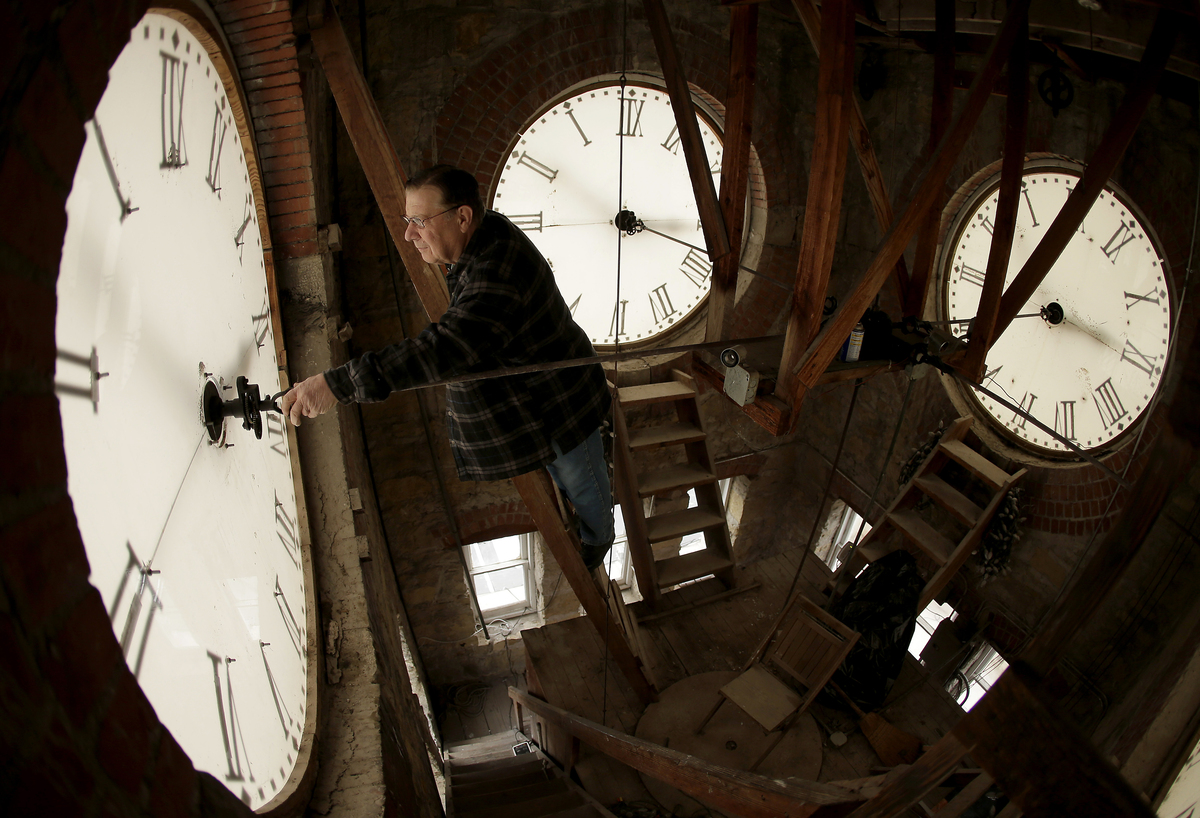 Custodian Ray Keen inspects a clock face before changing the time on a 100-year-old clock atop the Clay County Courthouse in Kansas Saturday. Americans will set their clocks forward one hour before heading to bed tonight; Daylight Saving Time officially starts Sunday at 2 a.m.

Clocks will be set ahead by one hour tonight in much of America, as 2 a.m. will become 3 a.m. early Sunday, March 9. Among the states, only Hawaii and much of Arizona will keep their clocks set to Standard Time. Most of Europe won't begin what it calls "Summer Time" until March 30.

American territories that don't observe Daylight Saving Time include Puerto Rico, American Samoa, Guam and the U.S. Virgin Islands. The Navajo Indian Reservation in Arizona changes its clocks with the rest of the continental U.S.

If you feel the time change seems to be coming earlier these days, you're not wrong. For years, the day to "spring forward" was the first Sunday in April; it was changed in 2007 to the second Sunday in March. That change also extended Daylight Saving Time an extra week into November. For 2014, DST will run until Nov. 2.

As Kim Ode notes in a story for the Minnesota Star Tribune, "Standard time now lasts a mere four months, making it anything but the standard."

Daylight Saving is meant to adjust our clocks to match the times people are active with daylight hours, the National Institute for Standards and Technology says. But the agency admits that there's room for debate:

"Proponents feel that this saves energy because in the spring and summer months more people may be outside in the evening and not using energy at home. There are, however, ongoing debates about how much energy is saved. The California Energy Commission has additional information about DST and links to several studies about its effects on energy consumption."

From NASA comes a historic view, saying that "Benjamin Franklin is credited with the concept of Daylight Saving Time."

But hold on a minute, the Department of Energy says:

"Sometimes credited with inventing Daylight Saving Time, Benjamin Franklin — the man who is known for the saying "Early to bed and early to rise ..." — did not actually suggest a change in time. Franklin's connection to Daylight Saving Time comes from his 1784 satirical letter to the editor in the Journal de Paris in which he proposed that Parisians could save money on candles by waking up before their normal time of noon."

A 2005 book on the topic, Seize the Daylight, gave a bit more weight to Franklin's letter, noting that "he had obviously given the subject much thought. In fact, the germ of his idea can be traced back many years" — to 1757, as author David Prerau wrote in an excerpt published by NPR back then. But Prerau also noted that Daylight Savings' origin story is "curious and contentious."

The Department of Energy says Germany became the first nation to use Daylight Saving Time back in 1916, to save resources during World War I. The U.S. soon followed suit, but the country didn't adopt a standard approach until 1966.