Accessibility links
Colorado Collected $2.1 Million In January Taxes On Recreational Pot : The Two-Way Another $1.4 million in taxes and fees were collected from the sale of medical marijuana. This indicates that about $14 million worth of marijuana was sold during the first month of legalization. 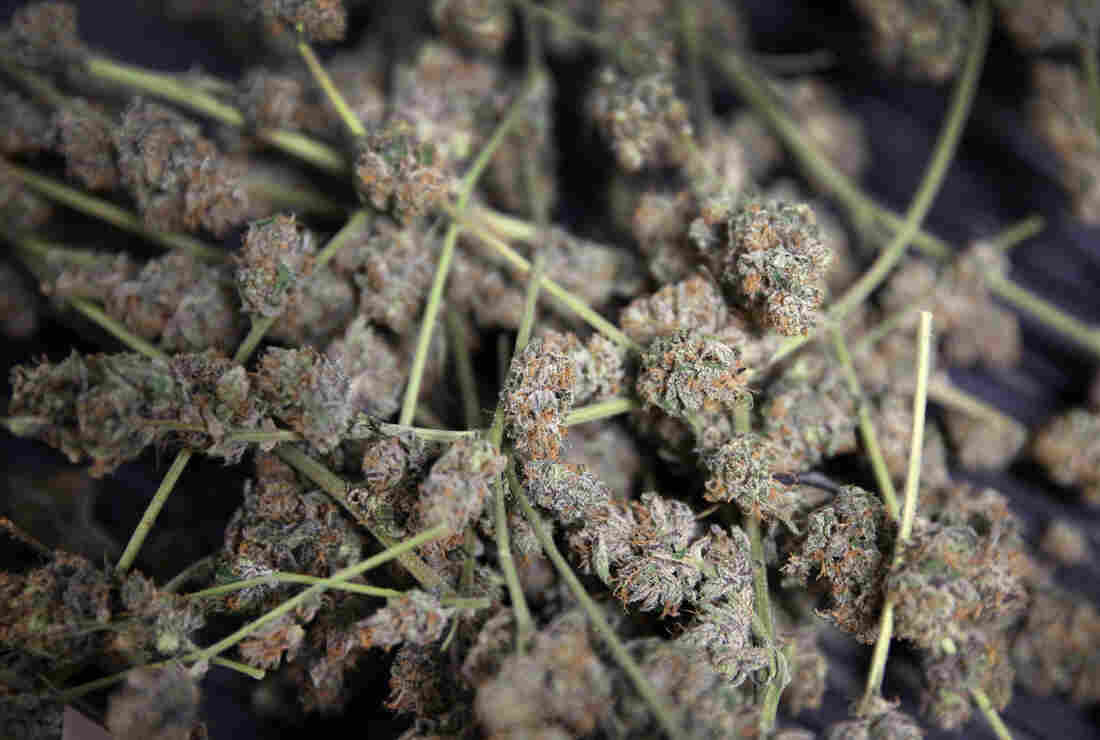 Marijuana is stored in bins for trimming and packaging in preparation to be sold retail at 3D Cannabis Center, in Denver. Brennan Linsley/AP hide caption 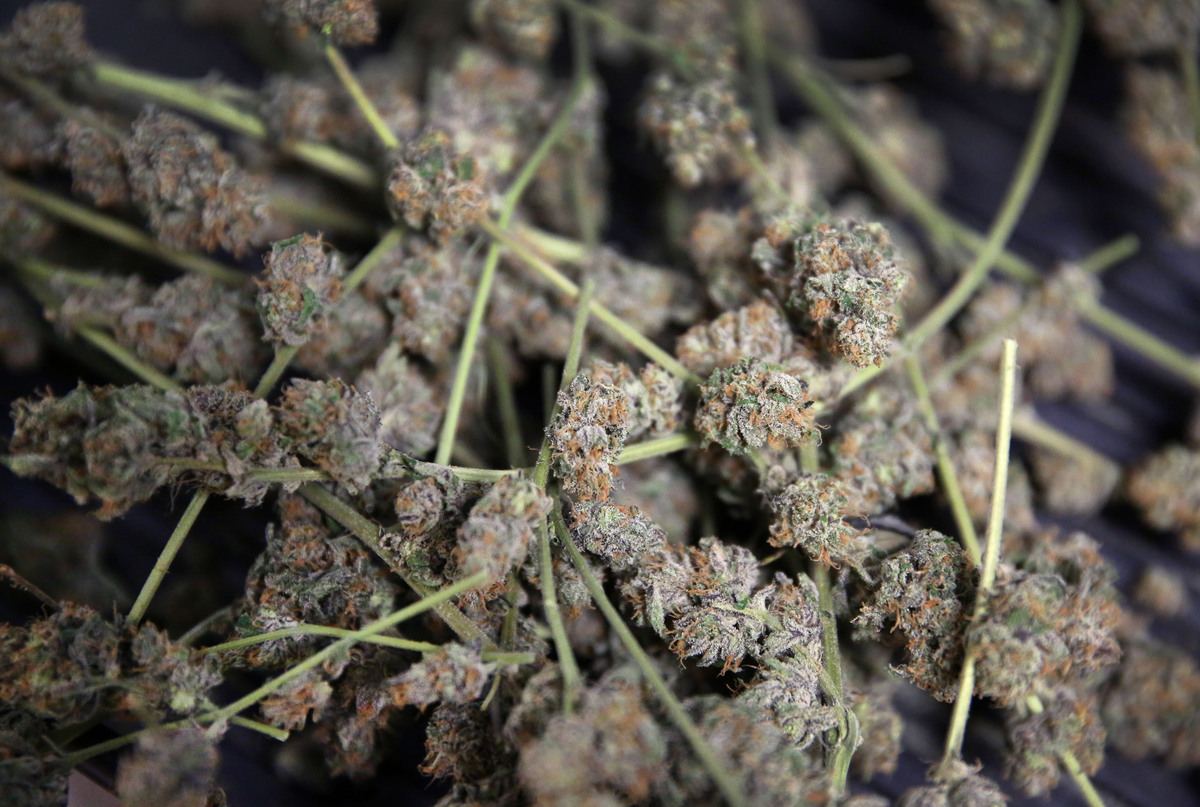 Marijuana is stored in bins for trimming and packaging in preparation to be sold retail at 3D Cannabis Center, in Denver.

For the first time since it legalized recreational marijuana, Colorado is releasing revenue figures: The state made $3.5 million in taxes and fees in January.

As KUSA-TV reports, $2.1 million of that came from the sale of recreational pot and $1.4 million came from medical marijuana.

"The figures from the state Department of Revenue also give a preliminary idea of the size of the marijuana trade in the state, showing $14 million worth of marijuana was sold in the first month of legal sales.

"The report provides the first concrete proof of what pro-marijuana advocates had promised, that growing and selling the drug locally would generate economic activity here rather than sending drug money out-of-state, and that the drug could provide a windfall to the state government.

" 'This is revenue directly out of the hands of cartels,' said Brian Vicente, who helped legalize pot in Colorado. 'These tax numbers will probably grow over time, but since it's a new market, we'll have to wait and see.'"

The Associated Press reports that the state has 160 state-licensed recreational marijuana stores. The state imposes two taxes on pot: a 12.9 percent sales tax and a 15 percent excise tax.

"The first $40 million of the excise tax must go to school construction; the rest will be spent by state lawmakers," the AP reports.