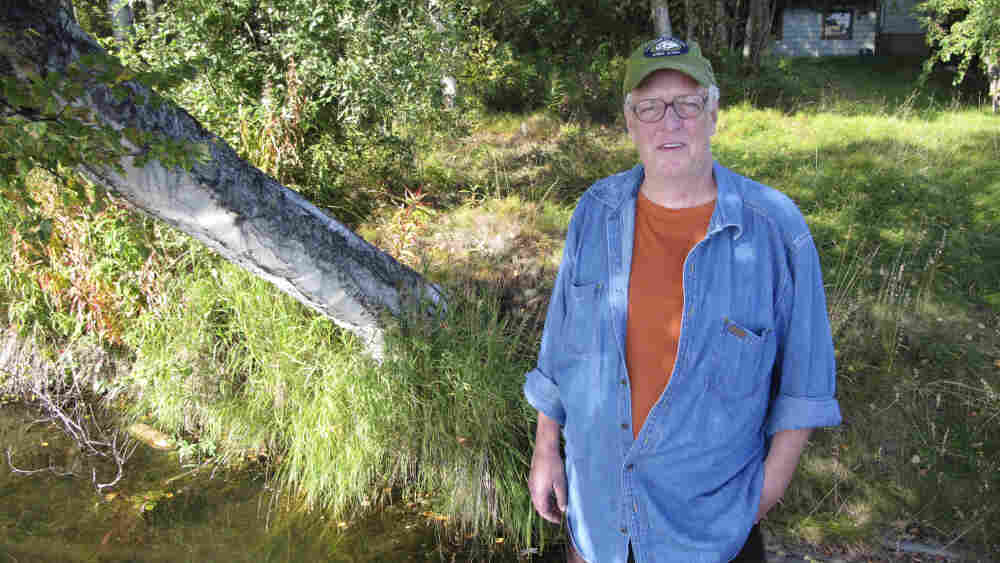 Joe McGinniss, who wrote a book about former Gov. Sarah Palin, poses for a photograph at the home he rented next to Palin's house in Wasilla, Alaska. Dan Joling/Associated Press hide caption

"What the colonel had done that day

had troubled his heart,
but the sound of his granddaughters' laughter
lifted him high into the air
like a scrap of burning paper
blown from the street into the trees."