Accessibility links
Dallas Seavey Wins Iditarod Despite Lack Of Snow, High Winds : The Two-Way Seavey, 27, was victorious in the iconic dog sled race for a second time, slipping under the famed burled arch in Nome, Alaska, the finish line for the 1,000-mile-long trail. 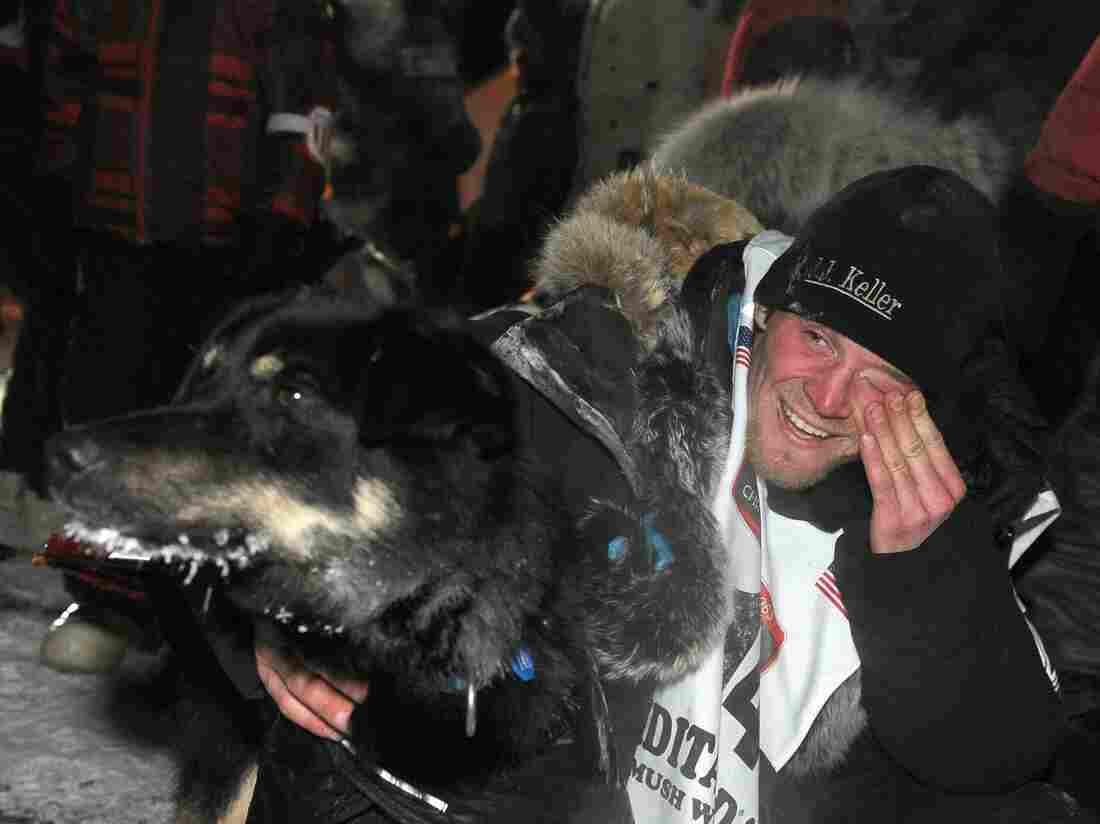 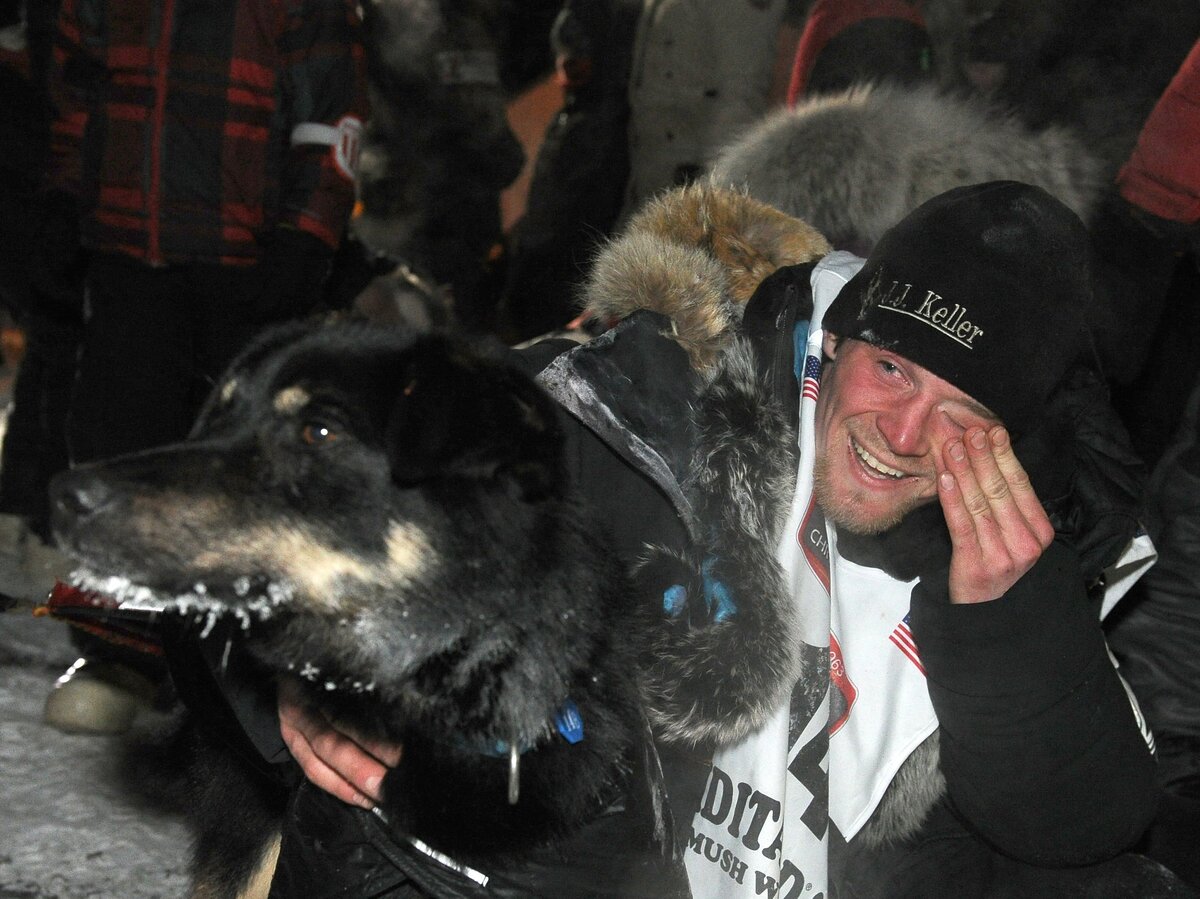 Dallas Seavey with his lead dog Beatle after crossing under the burled arch in Nome, Alaska, to win the 2014 Iditarod Trail Sled Dog Race on Tuesday.

Dallas Seavey was the first musher to slip under the famed burled arch finish line in Nome, Alaska, winning his second Iditarod Trail Sled Dog Race after a 1,000-mile slog from Willow.

Seavey, 27, "ran a blistering pace the last 77 miles" with his seven-dog team to win the iconic race Tuesday, according to The Associated Press. He swept past four-time champion Jeff King, who was derailed by bad weather, and rival Aliy Zirkle, who finished in second 2 minutes and 22 seconds after Seavey, Alaska Public Media reports.

Seavey was the youngest-ever champion when he won the race for the first time in 2012. On Tuesday, his father, two-time champion Dan Seavey, was a few places behind him.

Emily Schwing of NPR member station KUAC reports from Nome: "This year's race has been dominated by rough trail, dramatic injuries and tough weather. There are still more than 50 dog teams spread out along the West coast of Alaska."

"King cited severe winds near Safety, the last checkpoint along the nearly 1,000-mile trail, and told officials he had trouble navigating the trail.

"On Monday, he left the checkpoint in White Mountain with an hour's lead over Zirkle. But the Iditarod website said a gust of wind blew King and his dog team into driftwood. He was able to untangle the team but couldn't get them moving again.

"Winds were gusting about 40 mph and there was blowing snow near Safety. ...

"A warmer-than-average winter in Nome has left a shortage of snow. As a result, crews have been stockpiling snow and dumped it on the dry ground near the finish line during the final preparations for the race's end."

In approaching the finish line, the Anchorage Daily News reports that Seavey "jogged beside his sled down Nome's Front Street to help his dogs, one hand on the sled and the other on a ski pole."

"After crossing the finish line he sat down on the back of his sled and leaned his head on his handlebar, exhausted.

" 'How did you do it?' an Iditarod Insider videographer asked.

" 'You just won the Iditarod.'

" 'What? I thought that was my dad behind me. Where's Jeff and Aliy?'