Accessibility links
Man Exonerated, Freed After 3 Decades On Louisiana's Death Row : The Two-Way Glenn Ford, 64, was convicted in 1984 for first degree murder and given a death sentence. New evidence proves he wasn't at the crime scene. 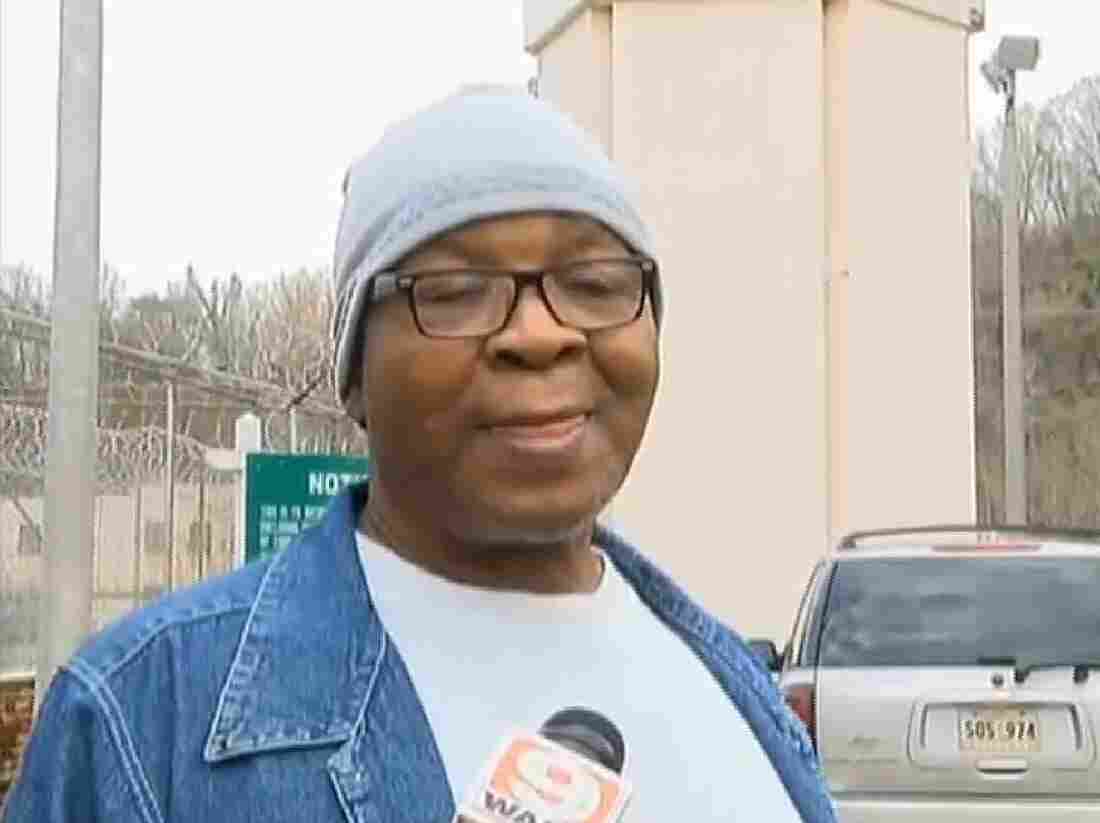 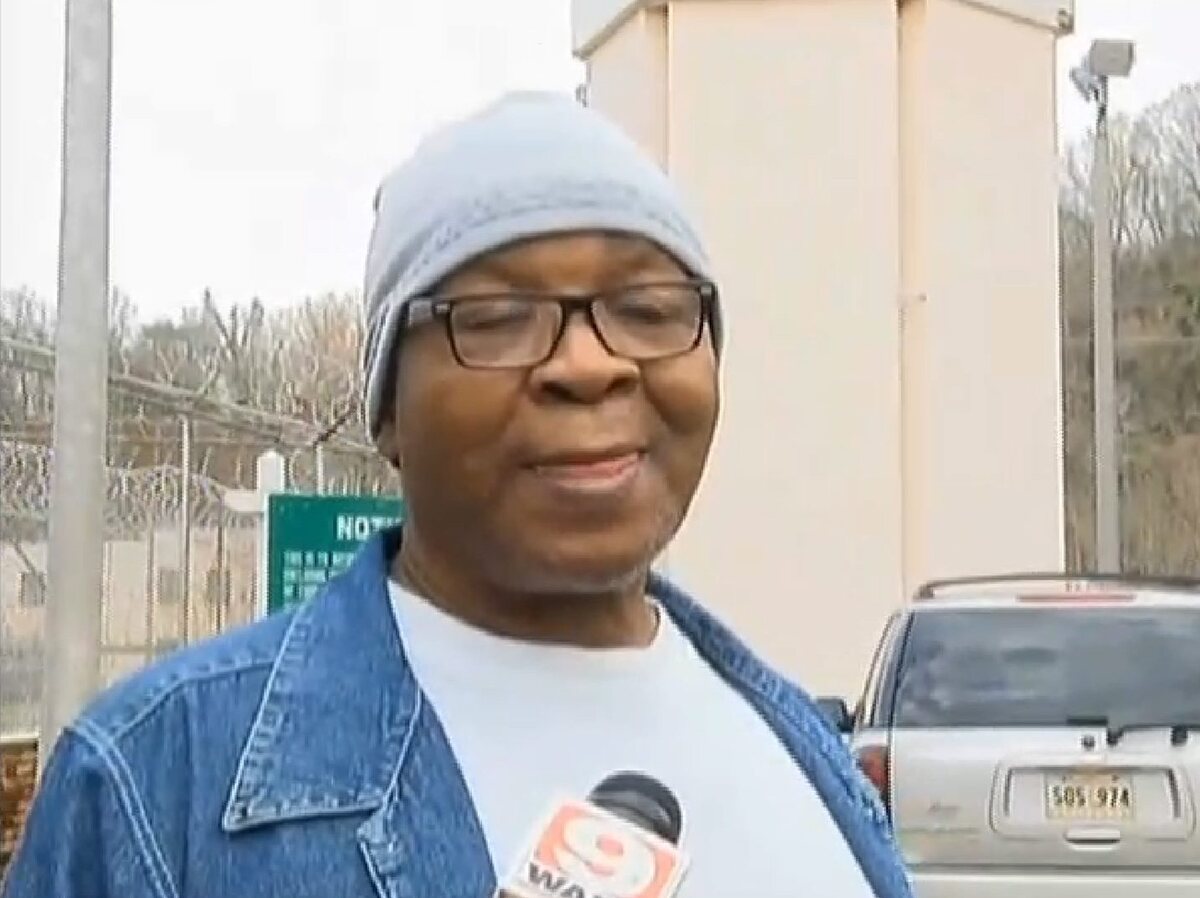 A video frame grab provided by WAFB TV shows former Louisiana State Penitentiary death row inmate Glenn Ford as he walks out of the prison in Angola, Louisiana, on Tuesday.

After 30 years on death row, 64-year-old Glenn Ford has walked out of Louisiana State Penitentiary at Angola a free man after a judge voided his 1983 murder conviction based on new exculpatory evidence.

Ford was convicted of killing Isadore Rozeman, a Shreveport man he'd done occasional yard work for. Rozeman, a jeweler and watchmaker, was found dead in 1983.

"Ford and a pair of brothers were eventually accused of murder and theft of assorted jewelry from Rozeman's store, but only Ford stood trial. A Caddo Parish jury convicted him of first-degree murder and decided he should be put to death. Ford has been on death row at Louisiana State Penitentiary in Angola since being transferred there in August 1988."

New evidence, however, corroborated Ford's statement that he had not been present nor involved in Rozeman's killing on November 5, 1983 and he was set free on Tuesday.

"My sons — when I left — was babies. Now they grown men with babies," Ford told reporters on Tuesday, speaking as a free man for the first time in nearly three decades.

"My mind's going all kinds of directions, but it feels good," Ford, 64, told reporters, according to WAFB.

"I was locked up almost 30 years for something I didn't do," said Ford, who wore a denim shirt, a hat and dark-rimmed glasses. "I can't go back."

Ford's attorneys, Gary Clements and Aaron Novod, say his trial was compromised by the suppression of evidence and inexperienced counsel.