Accessibility links
Pew Study: Many Technophiles Also Love Libraries : The Two-Way A new study by Pew Research Internet Project has a surprise: people who use the old-school local library also tend to be highly engaged with technology. 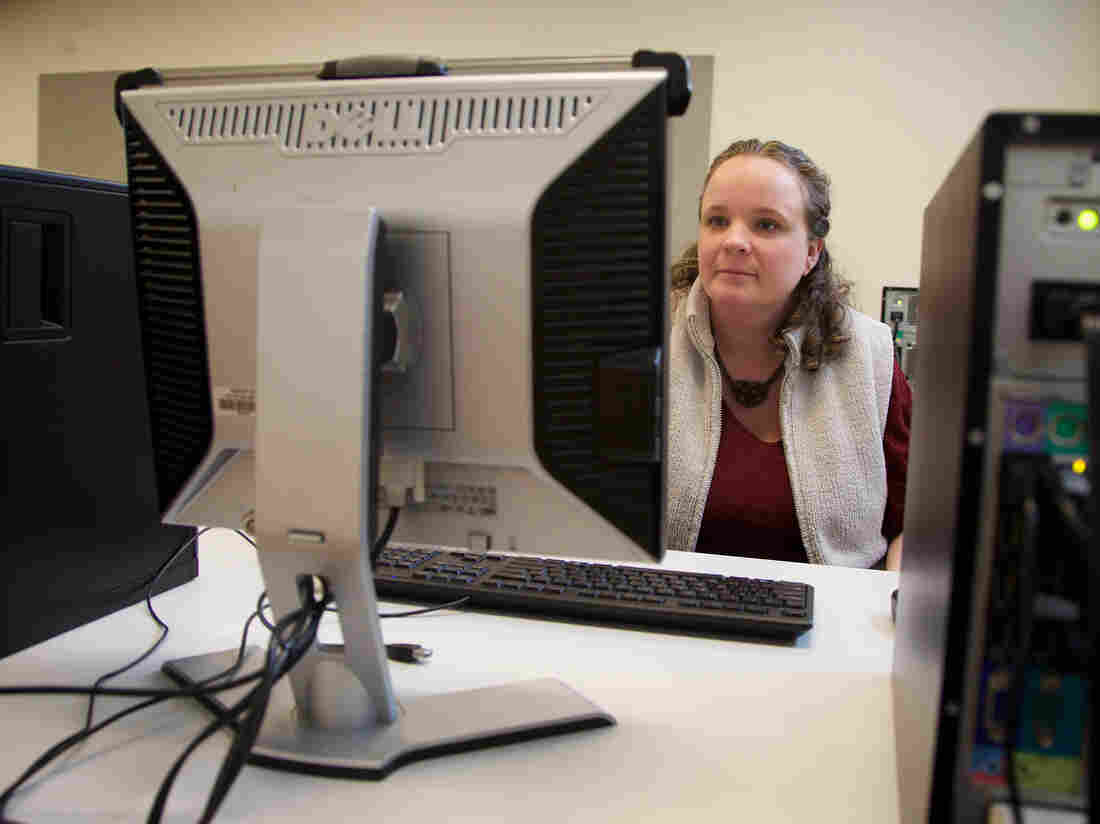 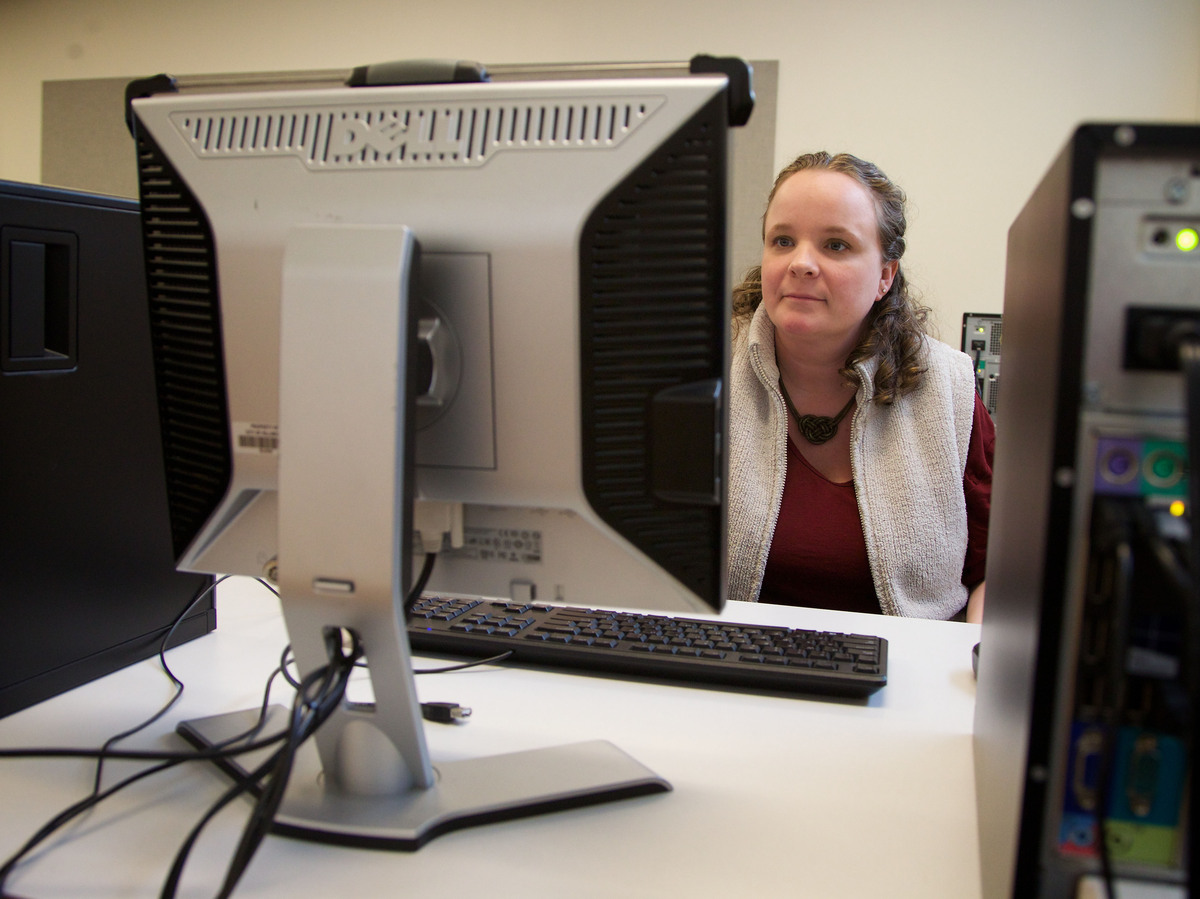 Julie Ball at a newly renovated computer lab at Shute Park Branch Library in Hillsboro, Oregon. The new lab is set to open on Saturday.

You might think that in a world of Google and Wikipedia, people who love technology wouldn't care much about the musty old local public library. But, according to a new report by the Pew Research Internet Project, you'd be wrong.

Pew has been studying the changing role of libraries in America in the digital age. Its first report, published in January 2013, looked at how libraries are trying to refocus services to meet the needs of tech-savvy patrons. The second report examined what people expect from libraries now and in the future.

In its latest study, Pew set out to determine what types of people use and value public libraries. It compared highly engaged, "library lovers" and "information omnivores" to those who have never used a library, people dubbed "distant admirers" and "off the grid." According to Pew, 30 percent of Americans are in those first two categories. Another 39 percent are considered to have "medium engagement" with libraries, even though only half of those have used a library in the past year.

Not surprisingly, library lovers, information omnivores and those with medium engagement hold favorable attitudes about libraries. They tend to be better educated, have higher incomes and are more involved in social and cultural activities than people with little or no engagement with libraries.

That doesn't mean that poor people don't care about libraries. In fact, low income adults who have used a library in the last year are more likely to place a high value on the services offered there (think job hunting, access to computers and maybe even just staying warm). Families with minor children are also significantly more likely to use libraries, the study finds.

But the Pew study finds that the most highly engaged library users are also big technology users. Those "information omnivores"? Libraries tend to be part of a mix of information resources that they regularly dip into. Ninety percent of them are online every day; 95 percent have a cell phone or smart phone; 46 percent use a tablet computer and 33 percent own e-readers. In other words, they may have a world of information at their fingertips, but they still can't resist the discreet charms and hushed atmosphere of their favorite library.