Accessibility links
Obama Orders Review Of Deportation Practices : The Two-Way During a meeting with the Congressional Hispanic Caucus, President Obama said he wants the Department of Homeland Security to see if the deportation process can be more humane. 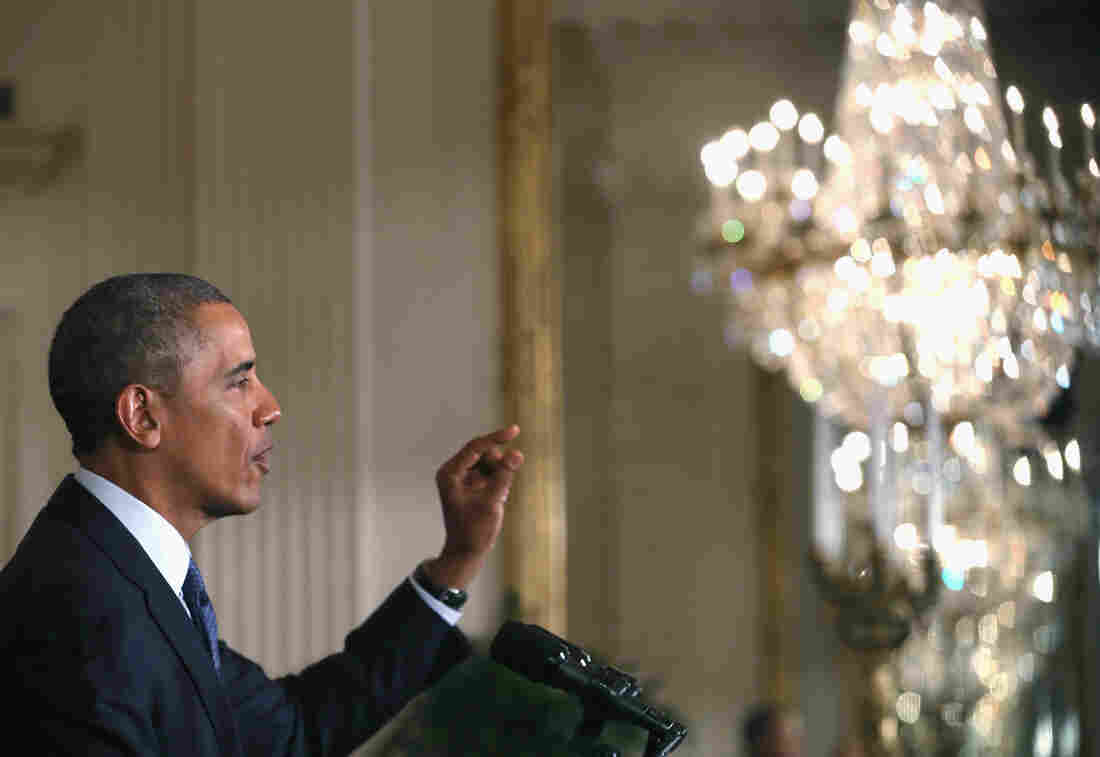 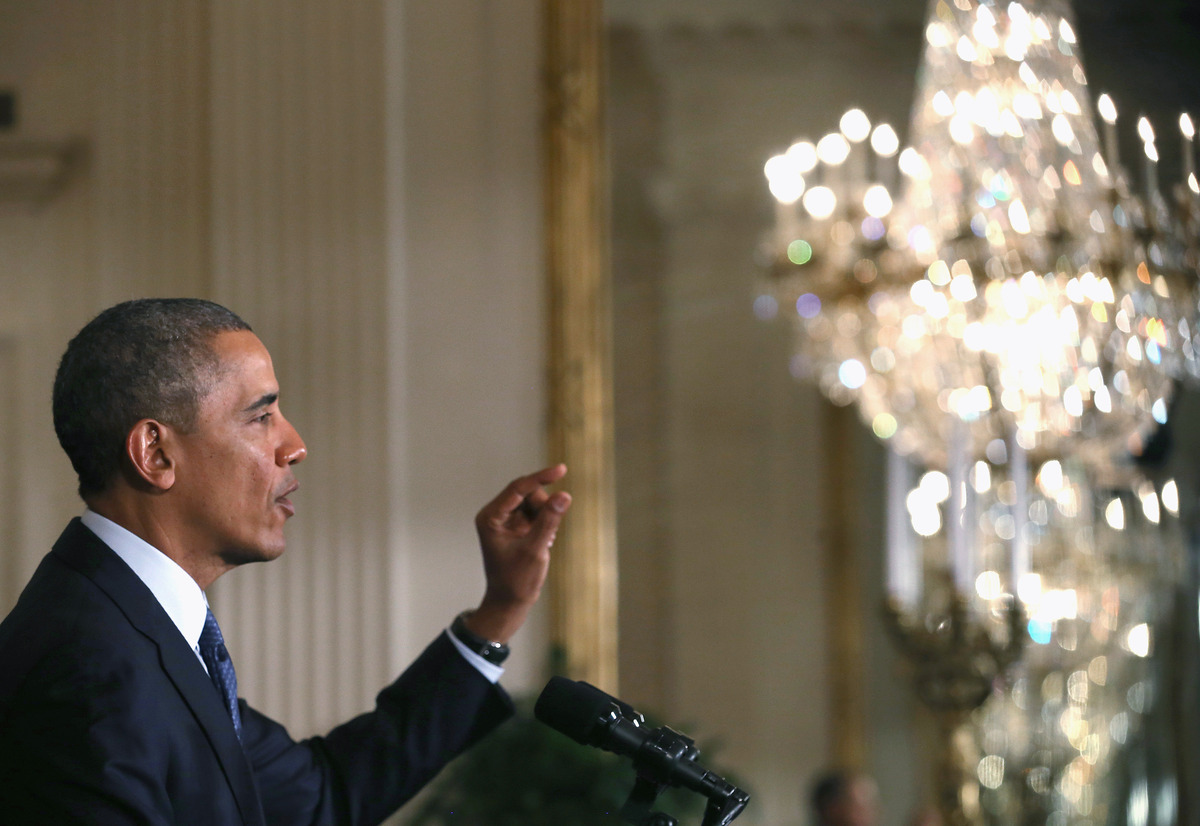 President Obama in the East Room of the White House, on Thursday.

During a meeting with members of the Congressional Hispanic Caucus, President Obama said he had ordered the Department of Homeland Security to review deportation procedures and see if they can be made more humane.

"Obama said he was deeply concerned about the pain that families feel when they are separated because of a broken U.S. immigration system. He told the lawmakers he's asking Homeland Security Secretary Jeh Johnson to perform an inventory of current practices 'to see how it can conduct enforcement more humanely within the confines of the law,' the White House said in a statement.

"The announcement comes as immigrant rights activists, frustrated by the lack of progress in Congress, have been pressuring Obama to halt all deportations. Obama had said he doesn't have the power to take that step unilaterally, although he has previously moved to ease deportations for some children brought into the U.S. illegally.

"The Senate passed a comprehensive immigration bill last June with strong bipartisan support that would create a pathway for citizenship for the 11 million immigrants living in the country illegally, tighten border security and establish new visa and enforcement programs. The measure has languished in the House despite calls from Republican Party leaders, business groups, religious organizations and labor for lawmakers to act."

If you remember, the National Council of la Raza, which is normally an Obama ally, stepped up its criticism of Obama earlier this month.

As we reported, the advocacy organization's president Janet Murguía called Obama the "deporter-in-chief."

Buzzfeed reported earlier that under that same pressure, the Congressional Hispanic Caucus was set "to vote on a resolution Thursday to ask the president to slow deportations and increase his use of prosecutorial discretion."

NBC News reports the caucus put off the vote "out of courtesy to the president, to meet with him first and and to await the outcome of the meeting before proceeding."