Accessibility links
Missing Malaysian Airlines Flight: 'Deliberate Action' Disabled Jet's Systems, Prime Minister Says : The Two-Way Malaysia's prime minister says he is now certain that someone disabled the communication systems on the airliner, but he stopped short of calling the disappearance a hijacking. 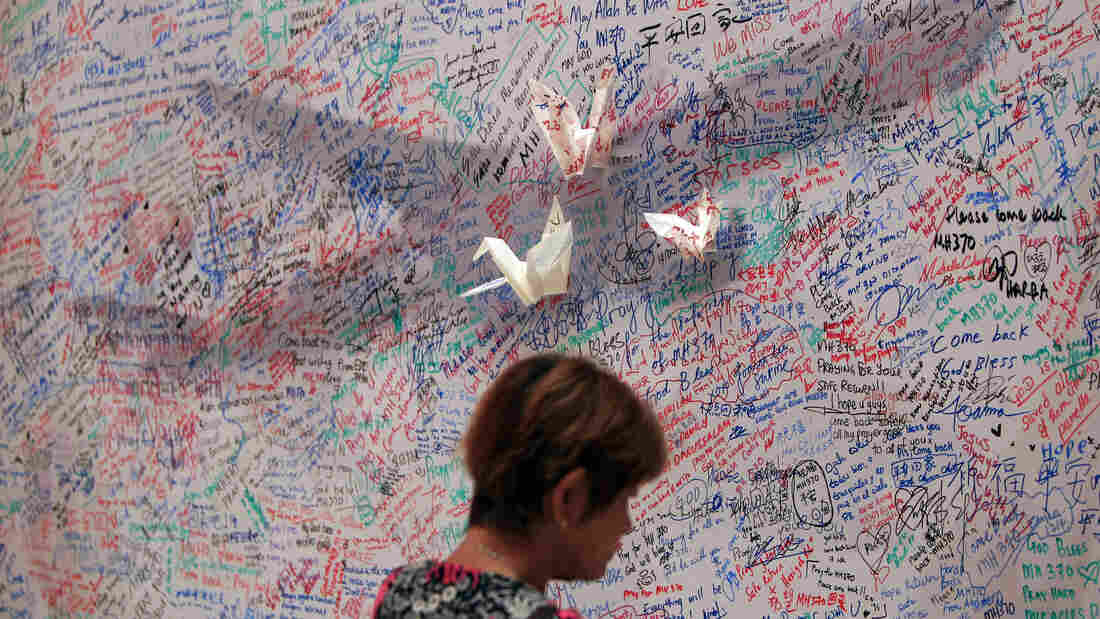 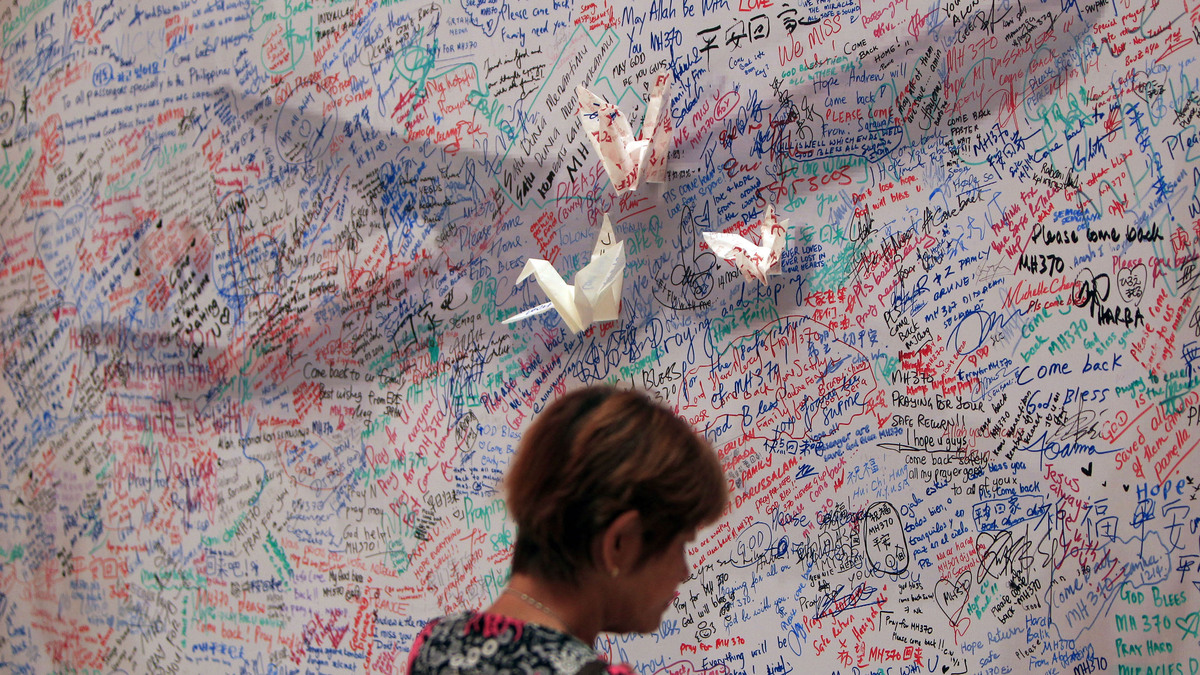 A woman reads messages for passengers aboard a missing Malaysia Airlines plane at a shopping mall in Kuala Lumpur, Malaysia on Saturday.

Malaysia's prime minister says he is now certain that someone disabled the communication systems on the passenger jet that disappeared last week with 239 people aboard.

The missing Malaysia Airlines Boeing 777 flew more than six and a half hours after its last communication with air traffic control, Malaysia's Prime Minister Najib Razak said in a news conference early Saturday.

"These movements are consistent with deliberate action by someone on the plane," he said.

Investigators have now "refocused" their efforts on the plane's crew and passengers, Razak said. Soon after the prime minister spoke, police visited the home of flight MH370's pilot, Zaharie Ahmad Shah, to search for potential clues, according to Reuters.

"Razak would not address reports the plane had been hijacked," NPR's Frank Langfitt reports, as the prime minister said investigators are looking into all possibilities.

The plane could have continued beyond that time, but it would have been close to running out of fuel, the The Washington Post reports.

Satellite data did not provide a precise location for the plane, Razak said. But he added that the last signal came from either a southern flight corridor from Indonesia to the southern Indian Ocean, or "a northern corridor stretching from the border of Kazakhstan and Turkmenistan to northern Thailand."

Malaysia is now ending its search operations in the South China Sea, the prime minister said. The country will shift its search efforts to other areas; it's also requesting radar data from the various countries whose systems might have tracked the plane.

Razak made his statement Saturday after being briefed by investigators from Malaysian agencies and representatives of the U.S. Federal Aviation Administration and National Transportation Safety Board, along with Britain's Air Accidents Investigation Branch.

A U.S. official told the Post that the plane's data flow and transponder communications stopped at different points in the flight, indicated that they were not shut down by a crash or explosion but by deliberate tampering.

'They both did stop, and they did not stop simultaneously," the Post quoted the unnamed official. "A simultaneous stopping is something that we have seen before in in-flight breakups, airplanes that have exploded or come apart in the air."

Update at 8:30 a.m. ET: Not Easy to Disable Communications

Several pilots with experience flying the Boeing 777 tell NPR they don't know how to disable all of the plane's systems that communicate with the ground and satellites.

"They said you'd have to go through big checklists, you'd have to possibly pull circuit breakers if you wanted to deactivate [all the communications equipment]," NPR's Geoff Brumfiel tells All Things Considered host Melissa Block.

Those systems include the transponders that inform air traffic controllers of the plane's position, as well as cockpit radios and ACARS, a text-based system that's used to send data to and from planes.