Accessibility links
Attorneys General Ask Big Retailers To Pull Tobacco From Stores : The Two-Way In letters sent to Wal-Mart and other store chains, officials ask the companies to follow the example of drugstore chain CVS, which has announced it's ending sales of tobacco products. 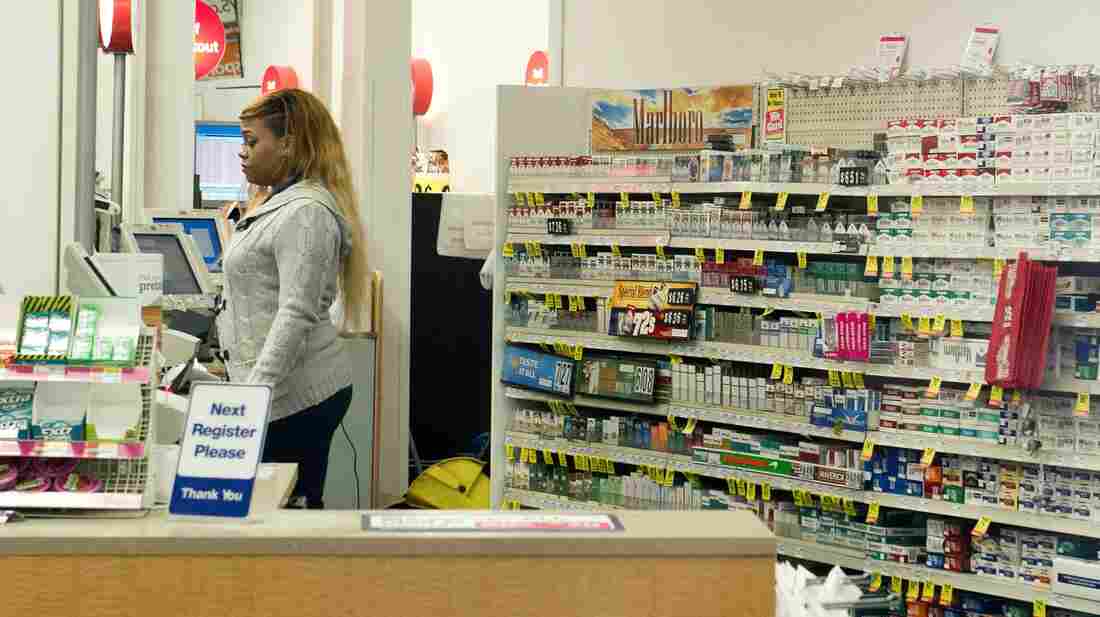 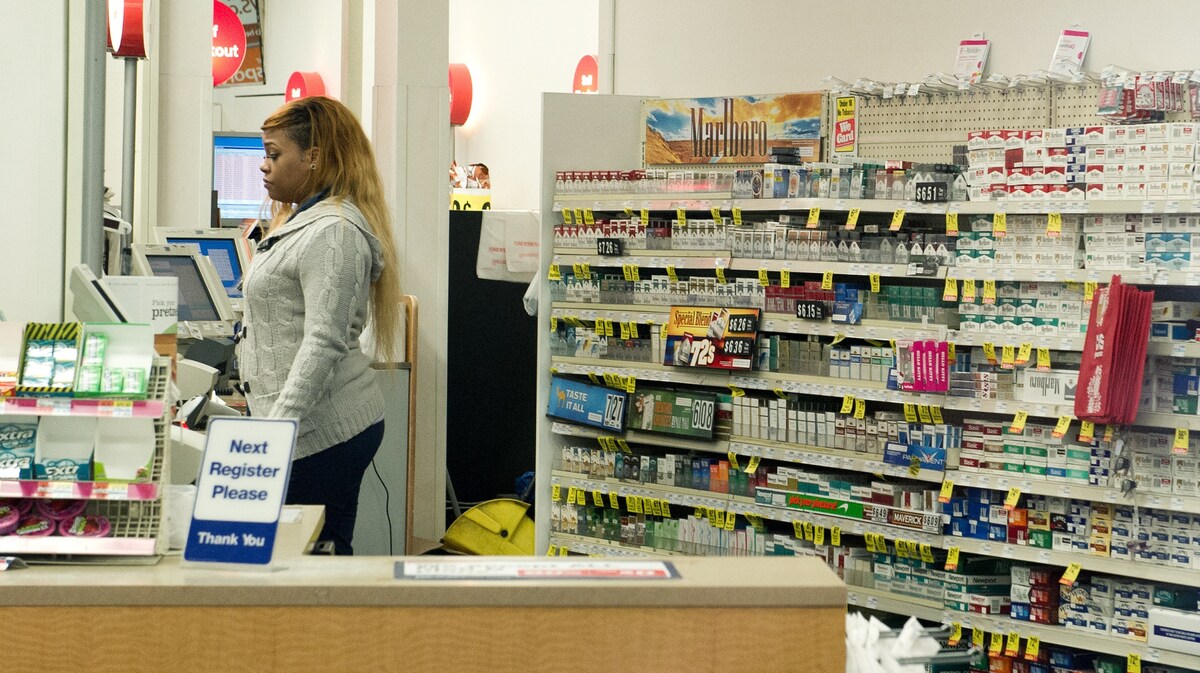 CVS announced last month that it would no longer sell cigarettes and tobacco products in its stores beginning Oct. 1.

The bipartisan group of officials sent signed letters to leaders of five of the country's biggest retailers whose stores include pharmacies: Wal-Mart, Walgreens, Rite Aid, Safeway and Kroger. They warned that selling tobacco in stores "normalizes" the products, potentially undermining anti-smoking campaigns.

"The letters argue that it is contradictory for pharmacies and drugstores that offer health care services to also sell 'dangerous and devastating tobacco products.'

"The letters do not explicitly mention the possibility of legal action if stores decline to ban tobacco products. They simply urge the companies to follow the lead of drugstore chain CVS, which is voluntarily removing tobacco from its stores."

The attorneys general describe a need to prevent young Americans from taking up smoking, as well the risks of second-hand smoke. They say at least 480,000 preventable deaths were caused by tobacco-related diseases last year.

A letter sent to Kroger states, "Health care costs and productivity losses attributable to smoking cost the nation at least $289 billion each year."

More from the letter:

"There is a contradiction in having these dangerous and devastating tobacco products on the shelves of a retail chain that services health care needs. The availability of such products in a retail store that also serves as a pharmacy normalizes tobacco use; furthermore, selling tobacco products in the same store as smoking-cessation products is likely to increase impulse tobacco purchases among those trying to quit and undermines their efforts. In a recent year, nearly 70 percent of smokers said they wanted to quit; however, only approximately 4 percent were able to do so."