Accessibility links
Ukrainian Servicemen Reported Shot By Masked Soldiers In Crimea : The Two-Way One Ukrainian was killed and another wounded as assailants stormed a base in Simferopol, according to Ukrainian officials. The incident occurred hours after Russia announced its annexation of Crimea. 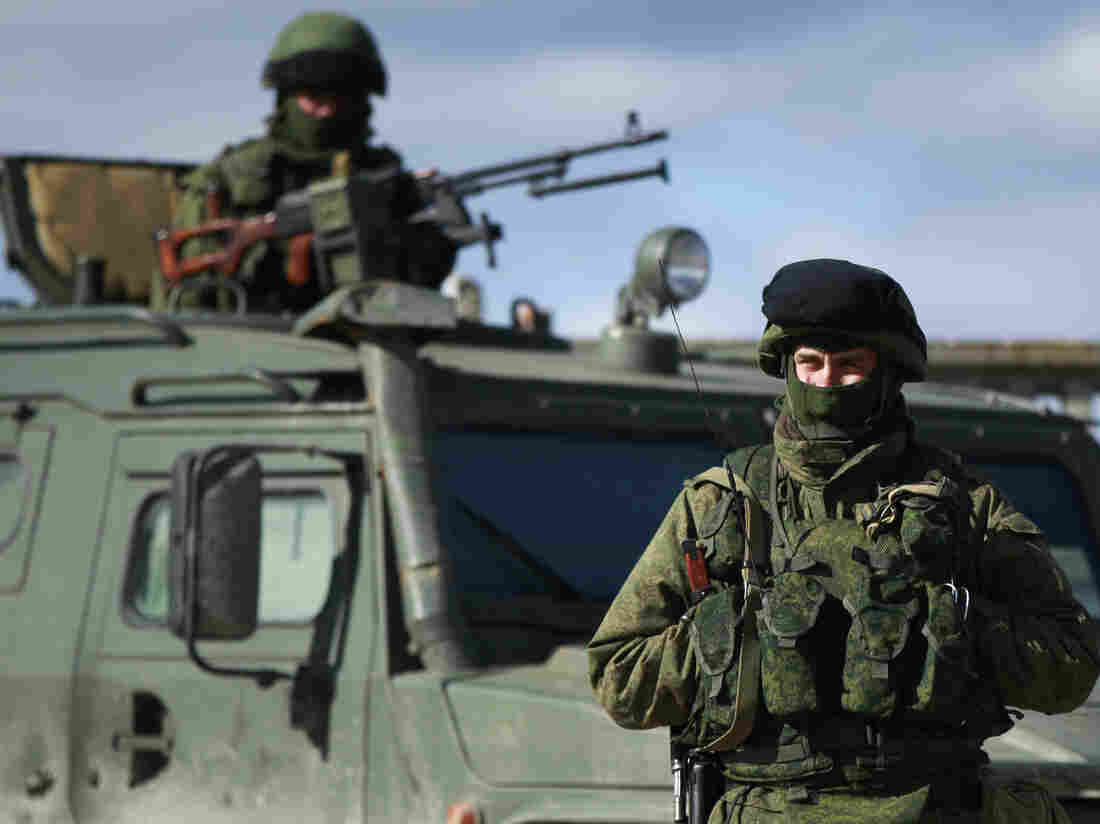 Armed men, believed to be Russians, stand guard near the Ukrainian military base in Perevalnoye outside Simferopol, on Monday. David Mdzinarishvili/Reuters/Landov hide caption 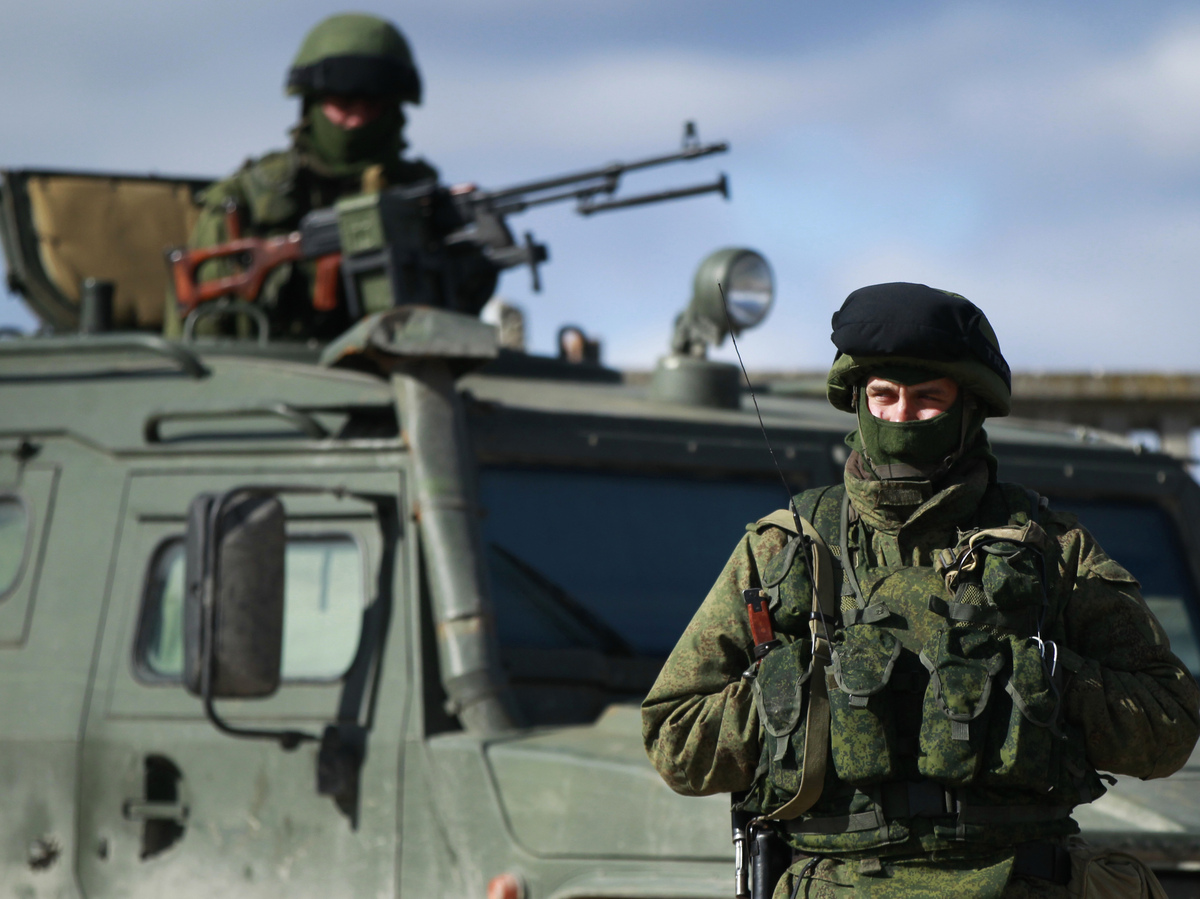 Armed men, believed to be Russians, stand guard near the Ukrainian military base in Perevalnoye outside Simferopol, on Monday.

A Ukrainian serviceman reportedly was shot and killed and another wounded by masked assailants who stormed a base in Crimea's main city of Simferopol, hours after Russia announced it would annex the Black Sea peninsula.

Ukrainian military spokesman Vladislav Seleznyov tells Reuters by telephone from Crimea that it was unclear who the attackers were. He described them as "unknown forces, fully equipped and their faces covered."

[Add at 5:50 p.m. ET: NPR's Gregory Warner, reporting from Simferopol, says a military source close to the Crimean government said the shooters were likely a "self-defense militia group who were then taken into custody by Russian soldiers."]

"The conflict is moving from a political one to a military one because of Russian soldiers," he told a meeting at Ukraine's defense ministry, according to Reuters. "Today, Russian soldiers began shooting at Ukrainian servicemen and this is a war crime without any expiry under a statute of limitations."

As NPR's Mark Memmott reports, Putin brushed aside Western concerns on Tuesday and announced the annexation of Crimea after Sunday's referendum showed a majority of those voting had chosen for the semi-autonomous, largely Russian-speaking territory, to separate from Ukraine.

"Making the case that Russia is responding to the will of the Crimean people, Putin argued that it is the U.S. and its Western allies who seek to rule by the will of 'the gun.' His military forces in Crimea, Putin argued, are there only to create 'peaceful conditions' as that region's ethnic-Russian majority exercises its right to self-determination."