Accessibility links
Study: The Chicken Didn't Cross The Pacific To South America : The Two-Way An analysis of DNA from ancient and modern chicken bones from the Pacific islands shows they are genetically distinct from South American birds.

Study: The Chicken Didn't Cross The Pacific To South America

Study: The Chicken Didn't Cross The Pacific To South America 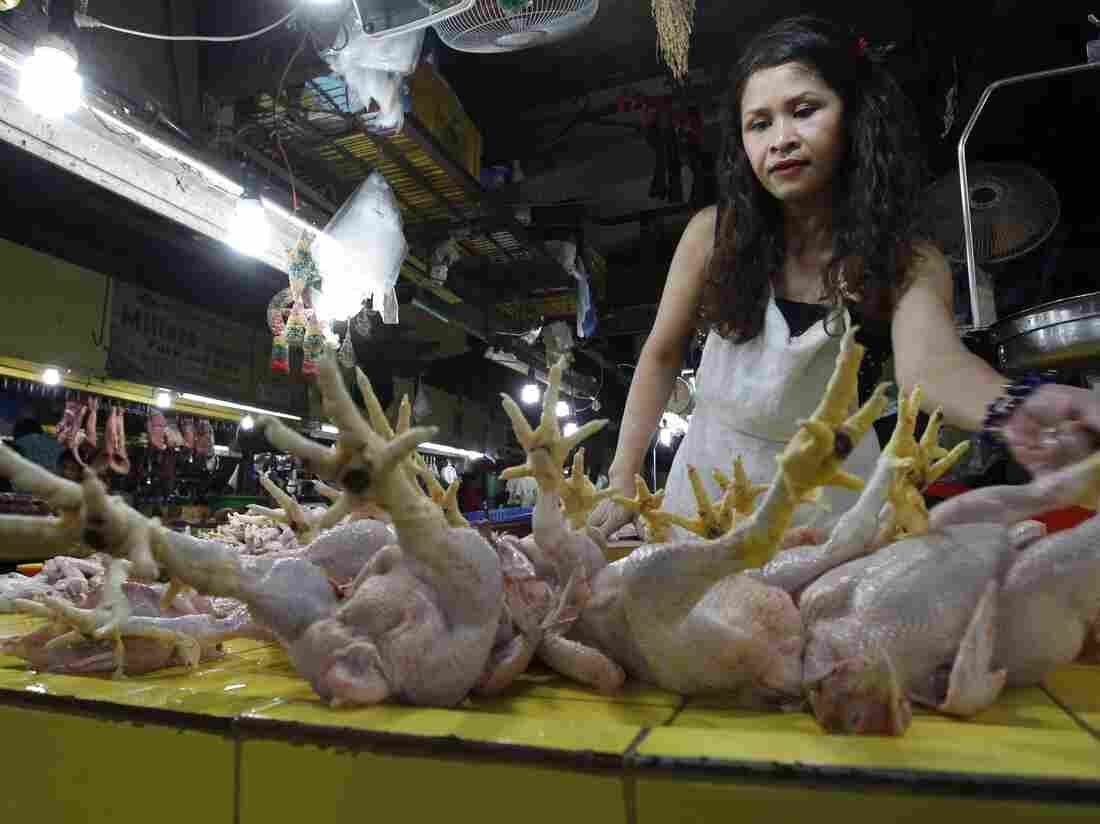 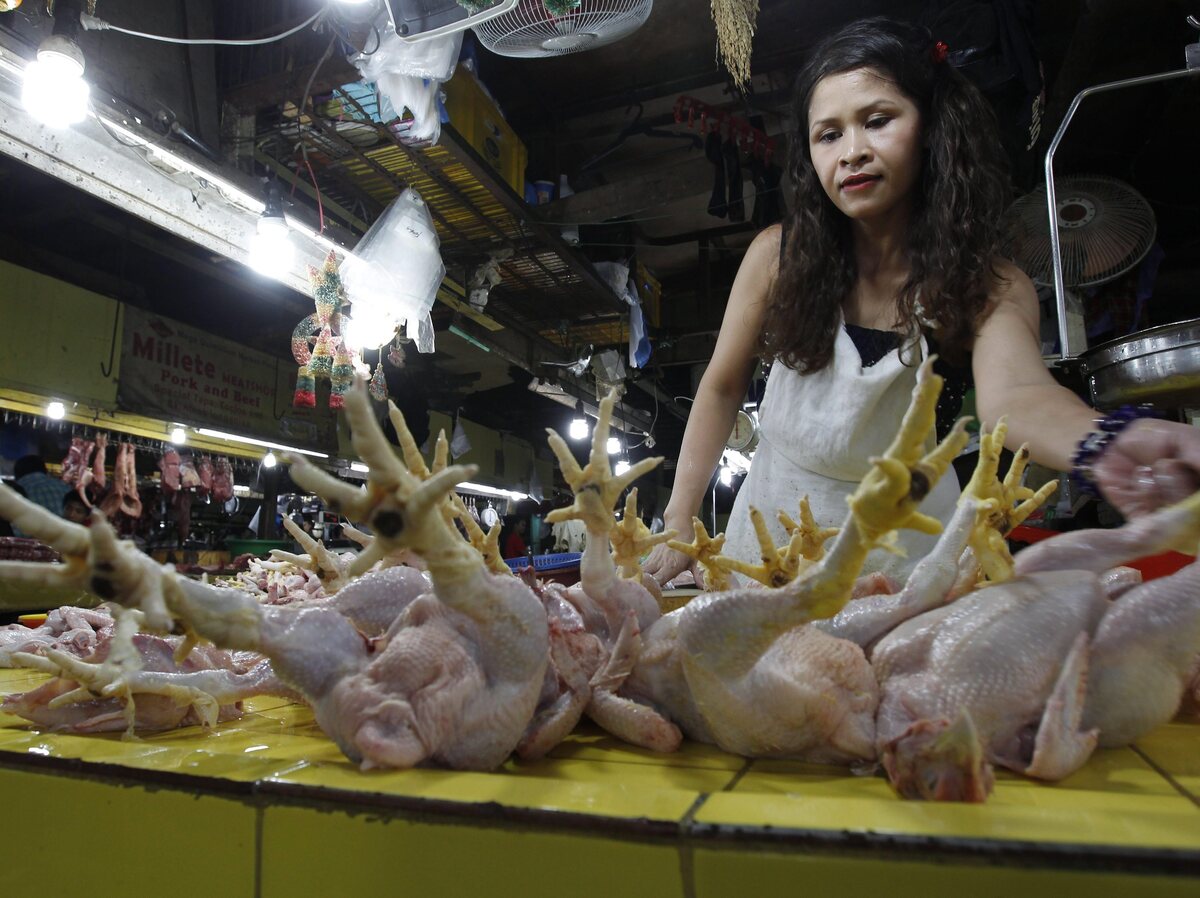 A Filipino chicken vendor in Quezon City, east of Manila, Philippines. Researchers say Pacific island chicken are genetically similar to the variety found in the Philippines, but different from South American chicken.

An analysis of DNA from chicken bones collected in the South Pacific appears to dispel a long-held theory that the ubiquitous bird first arrived in South America aboard an ancient Polynesian seafarer's ocean-going outrigger.

Instead, researchers who sequenced mitochondrial DNA from modern and ancient chicken specimens collected from Polynesia and the islands of Southeast Asia found those populations are genetically distinct from chickens found in South America.

"[The] lack of the Polynesian sequences [of DNA] in modern South American chickens ... would argue against any trading contact as far as chickens go," says Alan Cooper, director of the Australian Centre for Ancient DNA, who is a co-author in the study published this week in Proceedings of the National Academy of Sciences.

(For a treatise on the origins of the domesticated chicken, and how the bird came to play such a key role in the human diet, see this.)

The finding may shed light on one of the most vexing questions in modern anthropology: Did South Pacific seafarers, who evidence shows settled island chains separated by vast stretches of ocean, reach the coast of South America before the time of Christopher Columbus?

The evidence is contradictory.

In a similar study published in 2007, researchers looked at chicken bones found at an archeological site in Chile that were radiocarbon dated to pre-Columbian times (between 1321 and 1407). DNA analysis of those specimens found what scientists thought was a genetic mutation unique to Polynesian chickens — which would point to a Pacific origin for the birds — only to discover later that the mutation is common in all chickens.

Alice Storey, an archeologist who led the 2007 study, is skeptical of the latest results. She says the new study focuses too much on modern DNA.

"Using modern DNA to understand what people were doing in the past is like sampling a group of commuters at a London Tube station at rush hour," Storey is quoted by National Geographic as saying. "The DNA you get is unlikely to provide much useful information on the pre-Roman population of London."

"As humans moved around the world, they brought chickens along with them. So modern chicken populations aren't necessarily representative of past populations, Storey said. "We know from his journals [that] Cook moved chickens all over the Pacific, as did other Europeans, so DNA from chickens living on Pacific islands today has little to tell us about what people were doing in Polynesia, the Pacific, and in Southeast Asia before A.D. 1600."

The South American sweet potato, common in modern times in the Pacific islands, has long been viewed as a key piece of evidence supporting the hypothesis that Polynesians made contact with the Americas in pre-Columbian times.

(Incidentally, Thor Heyerdahl — who built and sailed a primitive raft from the South American coast west across the Pacific in 1947 to bolster his now discredited hypothesis that it was South Americans who settled the South Pacific — also used the sweet potato as evidence for his claim).

But the absence in South America of Pacific rats, known to have accompanied Polynesians on their island-hopping voyages of colonization, is a strike against the theory.

So, where did the Pacific islands chicken come from?

"We can show that the trail heads back into the Philippines," Cooper tells Nat Geo. "We're currently working on tracing it farther northward from there. However, we're following a proxy, rather than the actual humans themselves."

As for the South American bird, that's still a mystery.