Accessibility links
Ex-Scouts Who Toppled Ancient Rock Formations Reach Plea Deal : The Two-Way The men, who posted video on YouTube of their exploits at Goblin Valley State Park in Utah, were granted probation and will have to pay thousands in restitution. 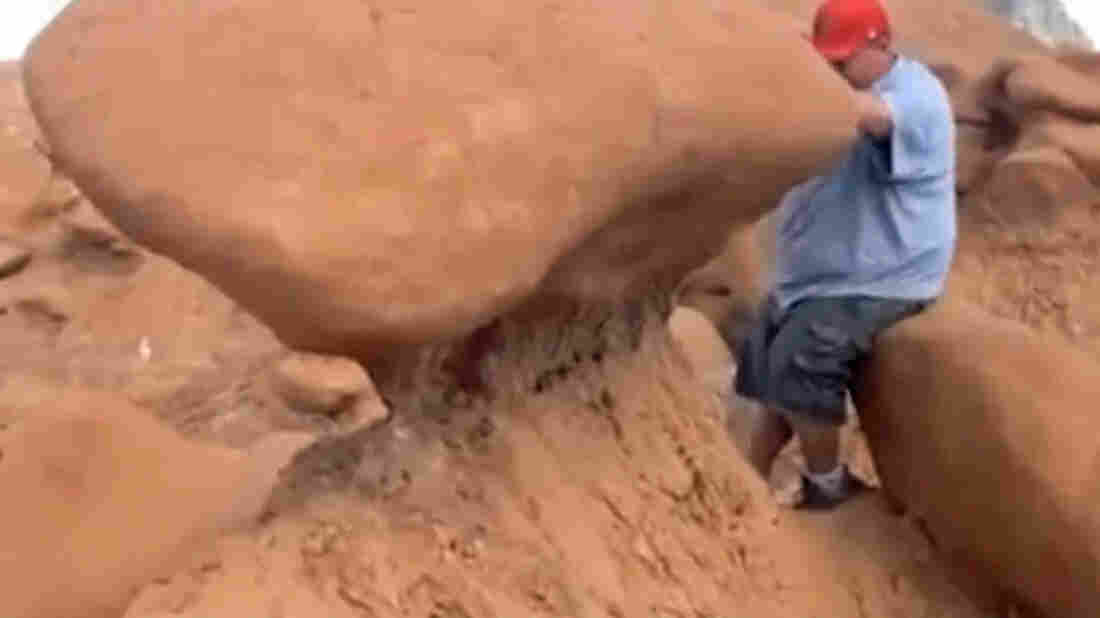 A man topples a rock formation from the Jurassic Period. YouTube hide caption 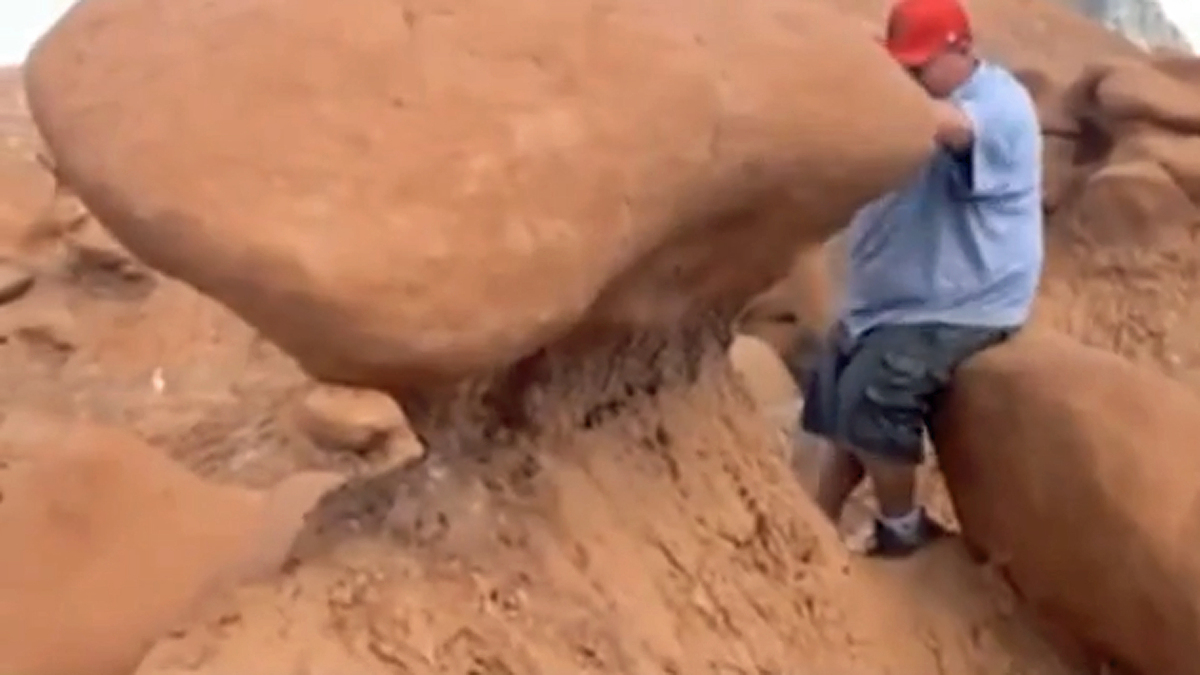 A man topples a rock formation from the Jurassic Period.

Two former Boy Scout leaders who toppled rock formations dating back to the Jurassic Period will serve no jail time, but they will have to pay thousands in restitution.

Glenn Tuck Taylor and David Benjamin Hall, who posted video on YouTube of their exploits at Goblin Valley State Park in Utah, pleaded guilty on Tuesday to misdemeanors.

NPR's Howard Berkes tells us the two men were sentenced to a year of probation and they'll pay $925 in court costs, $1,500 for the cost of the investigation and an undetermined amount to erect signs around the park warning visitors not to vandalize the rock formations.

"We are trying to establish what we can as a restitution amount that prevents this from happening in the future," Brent Langston, deputy county attorney for Emery County, Utah, told Howard. "There's no way to determine the value of the rock or the natural resources in the park. These are unique geological formations. Trying to restore the rock formation is cost-prohibitive – even if it could be done."

As we reported, Taylor and Hall made national news back in October, when their video went viral. In the YouTube video, the two men are seen taking great joy in toppling a goblin, which they said represented a danger to visitors.

The Salt Lake Tribune reports that after court on Tuesday, the men apologized.

"We wish we hadn't done it. We're sorry," Taylor told the paper.