Accessibility links
Obama Picks Michigan State To Win Men's Basketball Title : The Two-Way "Tom Izzo is a great tournament coach," the nation's "first basketball fan" tells ESPN. It's the sixth time the president has shared his picks. So far, he's been right once.

The nation's "first basketball fan" has Michigan State winning it all in this year's NCAA Division I men's basketball championship. 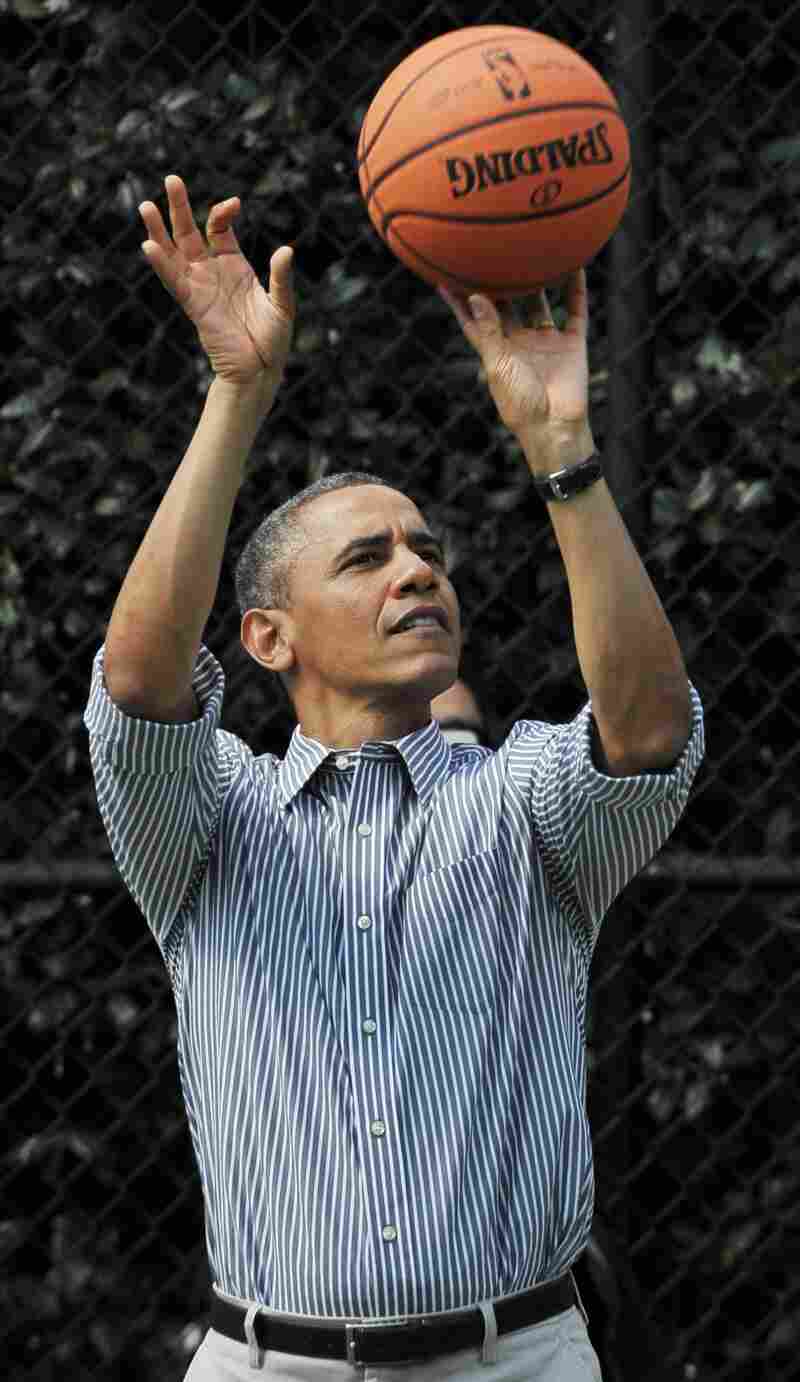 The president is a big fan of the game and still likes to shoot hoops. But has he picked the winner? Mandel Ngan /AFP/Getty Images hide caption 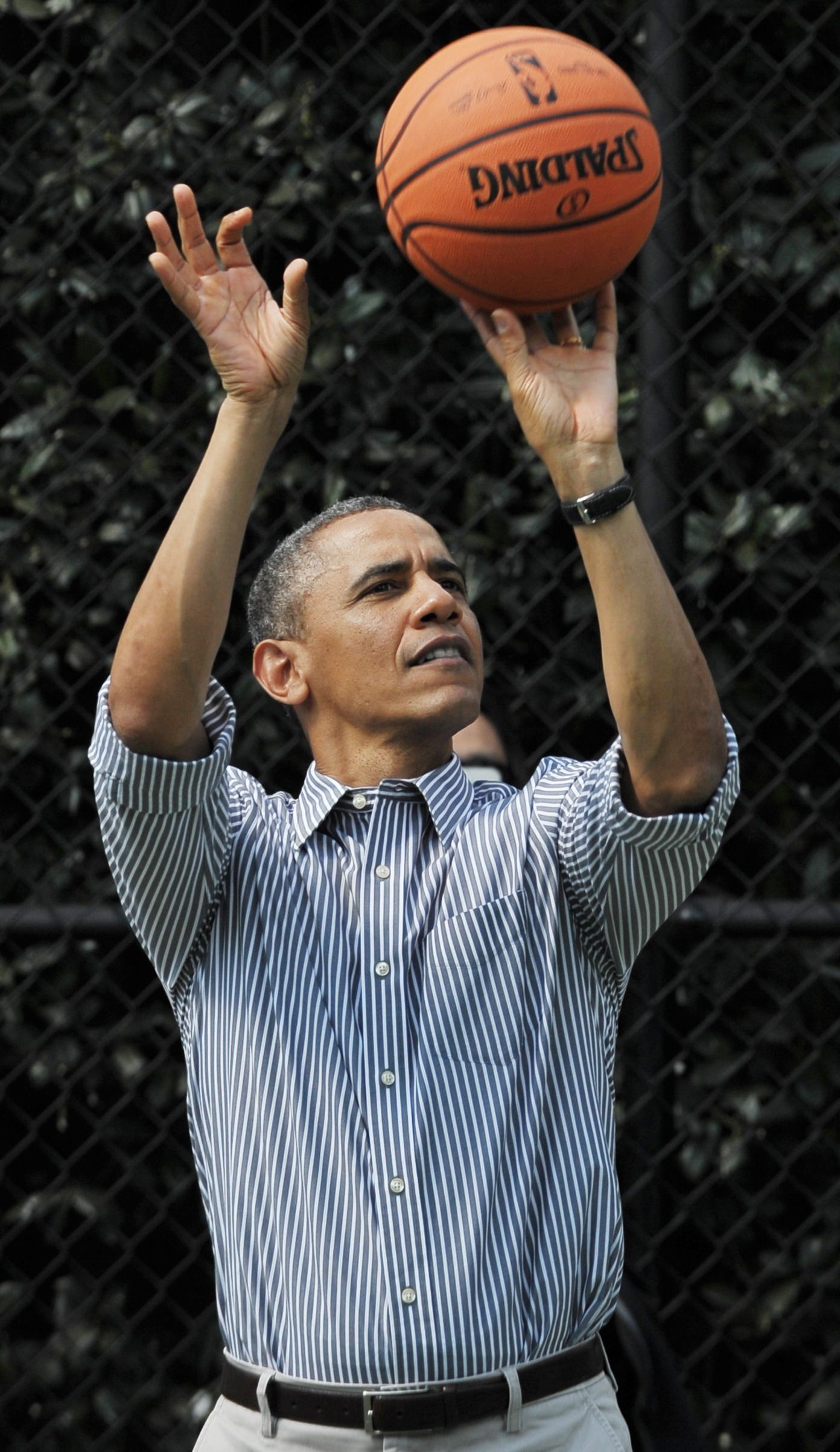 The president is a big fan of the game and still likes to shoot hoops. But has he picked the winner?

It's the sixth time ESPN has gotten the president to share his choices. He's correctly picked the winner once. The network recaps his track record as a prognosticator: "Obama has picked three different teams in the 'Barack-etology' era to win the men's title — Indiana (over Louisville in 2013), Kansas (over Ohio State in 2011 and Kentucky in 2010) and North Carolina (over Kentucky in 2012 and Louisville in 2009). His correctly picked national champion was the Tar Heels in '09."

Filling out brackets, by the way, is a bipartisan passion. Sen. John McCain of Arizona, Obama's Republican opponent in 2008, has again posted his picks. Perhaps not surprisingly, he ends up with the University of Arizona as champion.

Related post: Is There A Method To Your March Madness?