Accessibility links
Al-Qaida Spokesman: I Warned Bin Laden That U.S. Would Kill Him : The Two-Way Sulaiman Abu Ghaith took the stand in a Manhattan court on Wednesday. He said that in a conversation with the al-Qaida leader he predicted the U.S. "will not settle until it kills you."

Al-Qaida Spokesman: I Warned Bin Laden That U.S. Would Kill Him

Al-Qaida Spokesman: I Warned Bin Laden That U.S. Would Kill Him 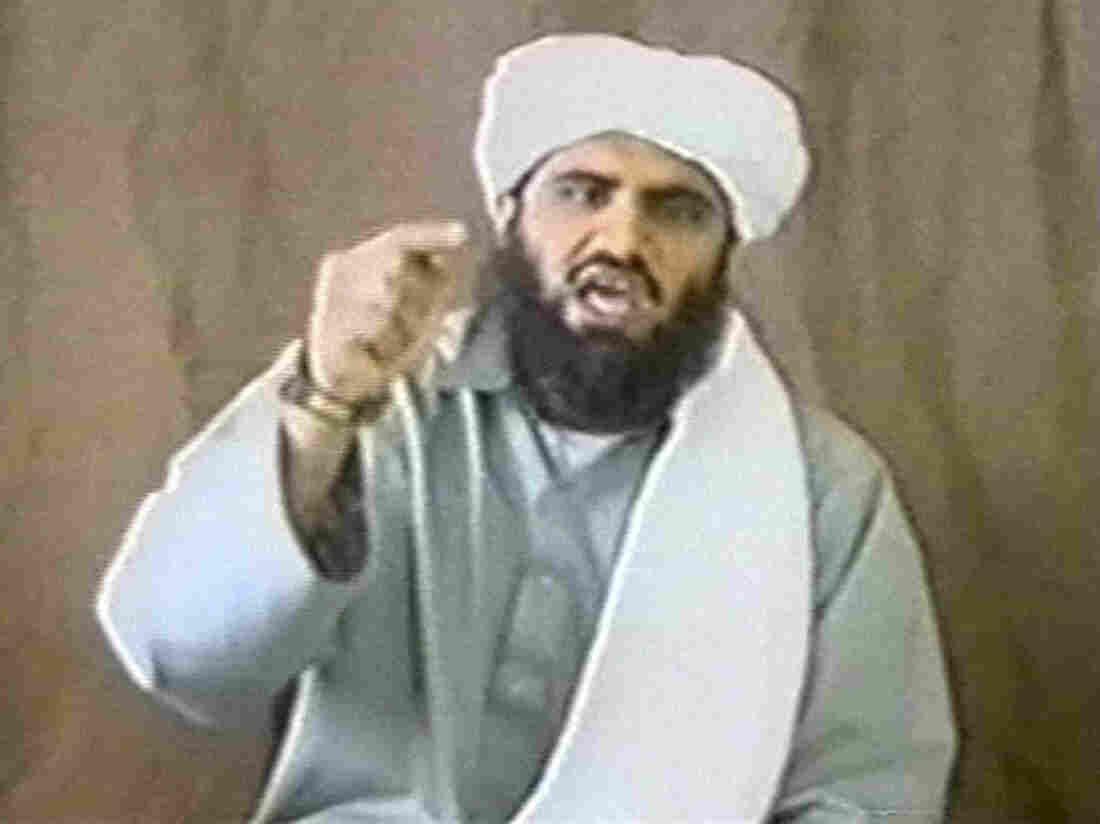 Sulaiman Abu Ghaith appears in this still image taken from an undated video address. Abu Ghaith, one of Osama bin Laden's sons-in-law and a former spokesman for al-Qaeda, is on trial in New York. Reuters/Landov hide caption 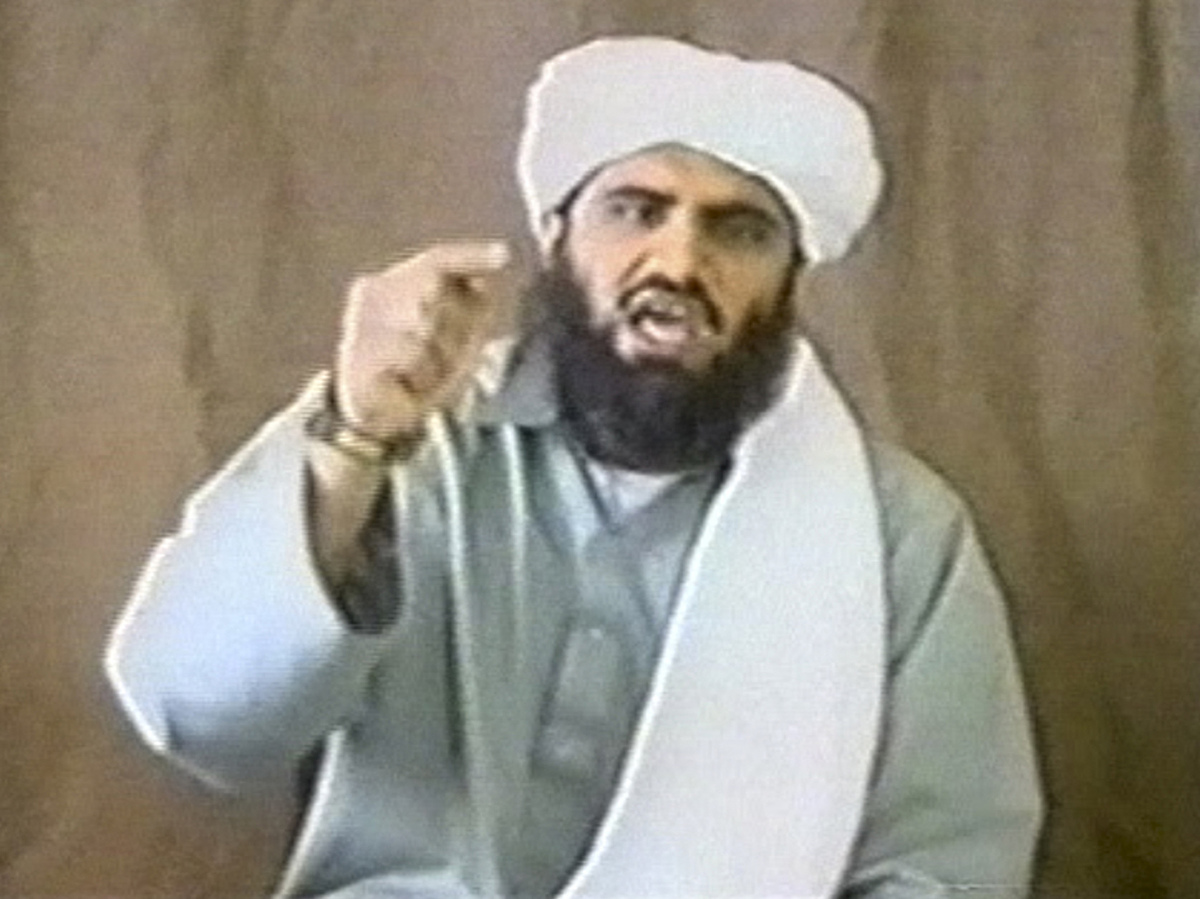 Sulaiman Abu Ghaith appears in this still image taken from an undated video address. Abu Ghaith, one of Osama bin Laden's sons-in-law and a former spokesman for al-Qaeda, is on trial in New York.

Sulaiman Abu Ghaith, Osama bin Laden's son-in-law, took the stand in his trial in New York on Wednesday, telling the jury that he warned the al-Qaida leader that America would "not settle until it kills you."

In the surprise testimony, Abu Ghaith recalled a conversation with bin Laden in a cave in Afghanistan after the Sept. 11, 2001, attacks.

"Did you learn what happened? We are the ones who did it," Ghaith recalled, through an Arabic interpreter, his infamous father-in-law asking.

When bin Laden asked Abu Ghaith what he thought would happen next, he responded that he predicted America "will not settle until it kills you and topples the state of Taliban."

"You're being too pessimistic," Abu Ghaith quoted bin Laden as replying.

Bin Laden then told the onetime imam, "I want to deliver a message to the world. ... I want you to deliver the message," he said.

Abu Ghaith, 48, went on trial in Manhattan federal court on March 5. He says he tried to refuse the assignment to be al-Qaida's spokesman. He says he asked bin Laden to "kindly spare me this mission."

The decision by Abu Ghaith, who is accused of conspiring to kill Americans and aiding al-Qaida, to take the witness stand was announced by his lawyer, Stanley Cohen. The announcement was a surprise and the nearly empty courtroom quickly filled with spectators as word spread, according to The Associated Press.

"Abu Ghaith said he knew bin Laden was suspected in terrorist attacks but still 'wanted to get to know that person.'

"The defendant testified that videos he made warning that there would be more attacks on Americans and trying to inspire others to join al-Qaida's cause were based on 'quotes and points by Sheik Osama,' including at threat in one video that 'the storm of airplanes will not abate.' He also denied allegations by the government that he had prior knowledge of the failed shoe-bomb airline attack by Richard Reid in December 2001."