Accessibility links
At Toronto City Hall, Yet Another Chaotic Scene Involving Rob Ford : The Two-Way Reporters tried to press Ford on details of newly released court documents. He didn't answer questions; instead he charged toward his office. 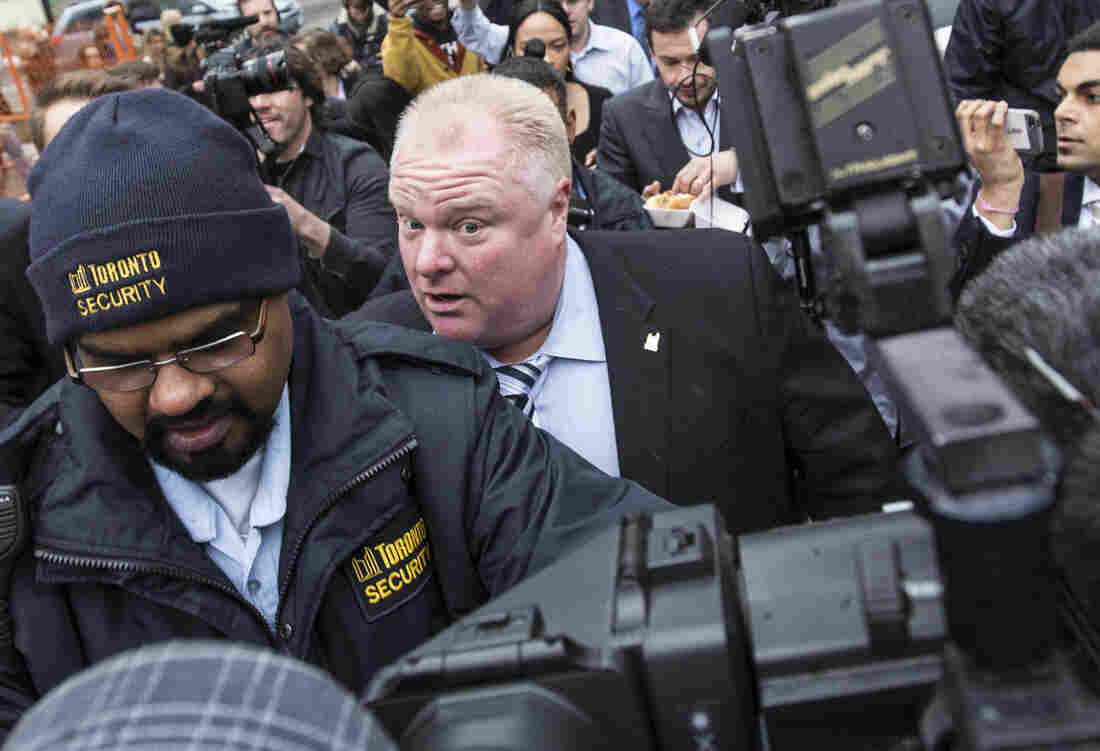 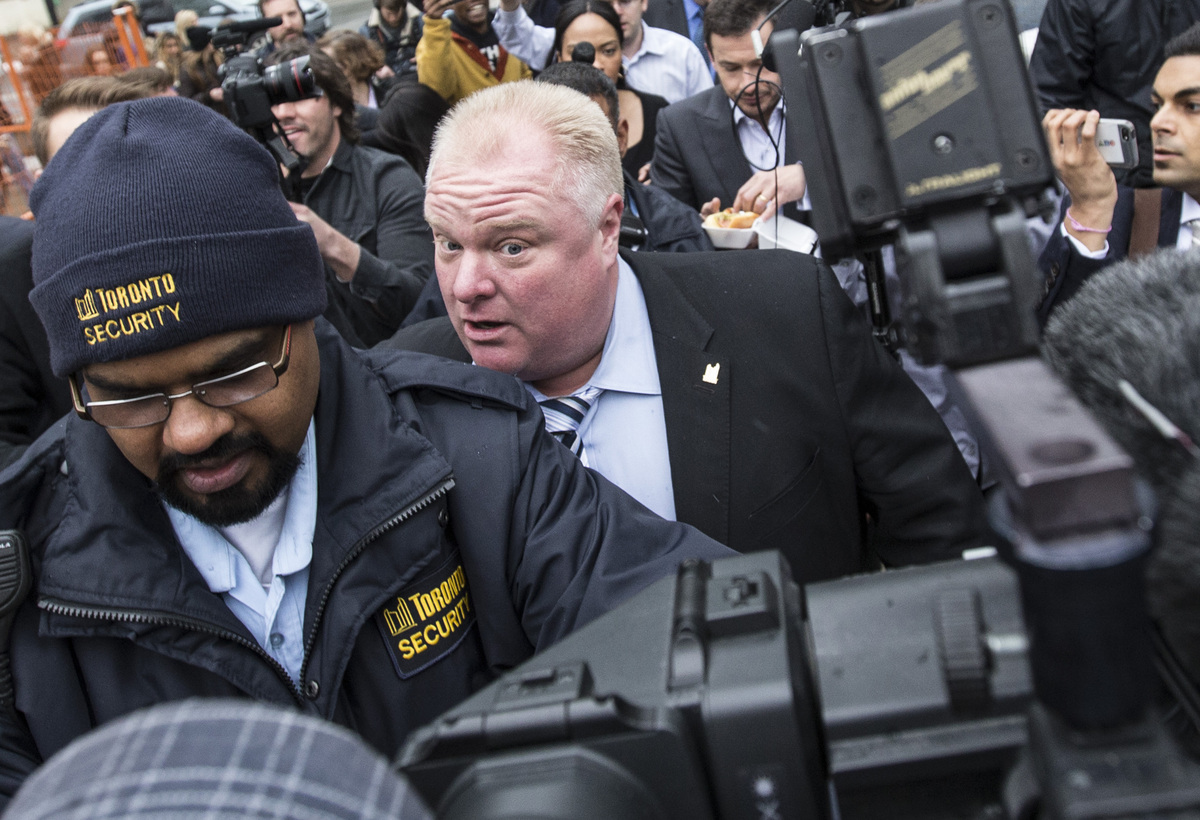 Toronto Mayor Rob Ford walks to City Hall in a media scrum in Toronto, on Wednesday.

If you thought things had calmed down in Toronto, you were wrong.

Today, a new round of court documents meant another chaotic day at Toronto city hall.

In truth, we didn't learn much more about the scandal involving Mayor Rob Ford smoking crack. As the CBC reports, the court documents revealed officially that video obtained by police show Ford holding a "glass cylinder to his mouth," while he lit a flame to the tip of the pipe.

Ford also apparently realizes he is being recorded. The Toronto mayor has denied on many occasions that he knew anything about the video. The documents raise questions about whether Ford was involved in a scheme to get the video back and also raise questions as to how much Ford had to do with the drug trafficking that may have been undertaken by some of his associates.

As you can imagine, when Ford tried to walk to his office, he faced question after question.

He didn't answer them; instead at one point, he charged toward his office, running up a set of stairs, apparently elbowing a few reporters in his wake.

The Toronto Star has the best video, but it contains some fleeting expletives. Here's video from The Globe and Mail, which is cleaner and gives you an idea of what went down: