Accessibility links
Search For Missing Jet Focuses On Objects Seen Off Australia : The Two-Way Satellite images of what might be debris from the jet are the first "credible lead" in the hunt for Malaysia Airlines Flight 370, an official says. Follow the news as it comes in.

The Search Off Australia

Satellite images showing objects floating in the Indian Ocean have focused the search for Malaysia Airlines Flight 370 and the 239 people who were on board to an area about 1,500 miles southwest of Perth, Australia.

This is, in the words of acting Malaysian transport minister Hishammuddin Hussein, the first "credible lead" since the plane disappeared on March 8 while on what was supposed to be a flight from Kuala Lumpur to Beijing.

As NPR's Frank Langfitt reports, one of the objects is thought to be about 80 feet long. He adds this cautionary note: Officials say debris is not uncommon in that part of the Indian Ocean. Objects often seen floating there include containers that have fallen off ships. The search will also be complicated by the fact that the images were taken last Sunday, March 16.

We'll be updating as the story develops. The Sydney Morning Herald is among other news outlets that are also live blogging. Bear in mind: Perth is 12 hours ahead of the East Coast of the U.S.

Update at 1:15 p.m. ET. Norwegian Ship Will Search Through Night:

"The owner of a Norwegian car carrier said it planned to search through the night for two large objects sighted off Australia that could be debris from a missing Malaysian jetliner, despite the official search being suspended because it was too dark," Reuters reports. "Hoegh Autoliners said as far as they knew theirs was still the only ship in the area in the southern Indian Ocean, with other ships on their way and expected to arrive tomorrow."

Update at 9:05 a.m. ET. Australian Search Is Over For Today:

"Search operations in the Southern Indian Ocean for the missing Malaysia Airlines aircraft have been completed for the day in the Australian Search and Rescue Region," the Australian Maritime Safety Authority just announced.

"The search will continue on Friday."

The Hoegh St. Petersburg, a Norwegian merchant ship that transports motor vehicles, diverted to the area where the debris was sighted and is now in the vicinity, according to news reports. The ship's owners plan to hold a news conference at 9:30 a.m. ET.

Update at 7:45 a.m. ET. Even If This Is The Location, Recovery Could Take Years:

Hussein cautioned Thursday that even if this debris is from Flight 370, the search for the jet and such critical pieces as its "black box" could take years because of the difficulty of such oceanic recovery missions.

As we have noted, even though searchers had a pretty good idea of where Air France Flight 447 went down in the Atlantic Ocean in 2009, it was nearly two years before major pieces of the wreckage and human remains could be recovered from the ocean floor.

RAAF is an acronym for the Royal Australian Air Force. P3 refers to the P-3 Orion maritime patrol aircraft built by Lockheed Martin. 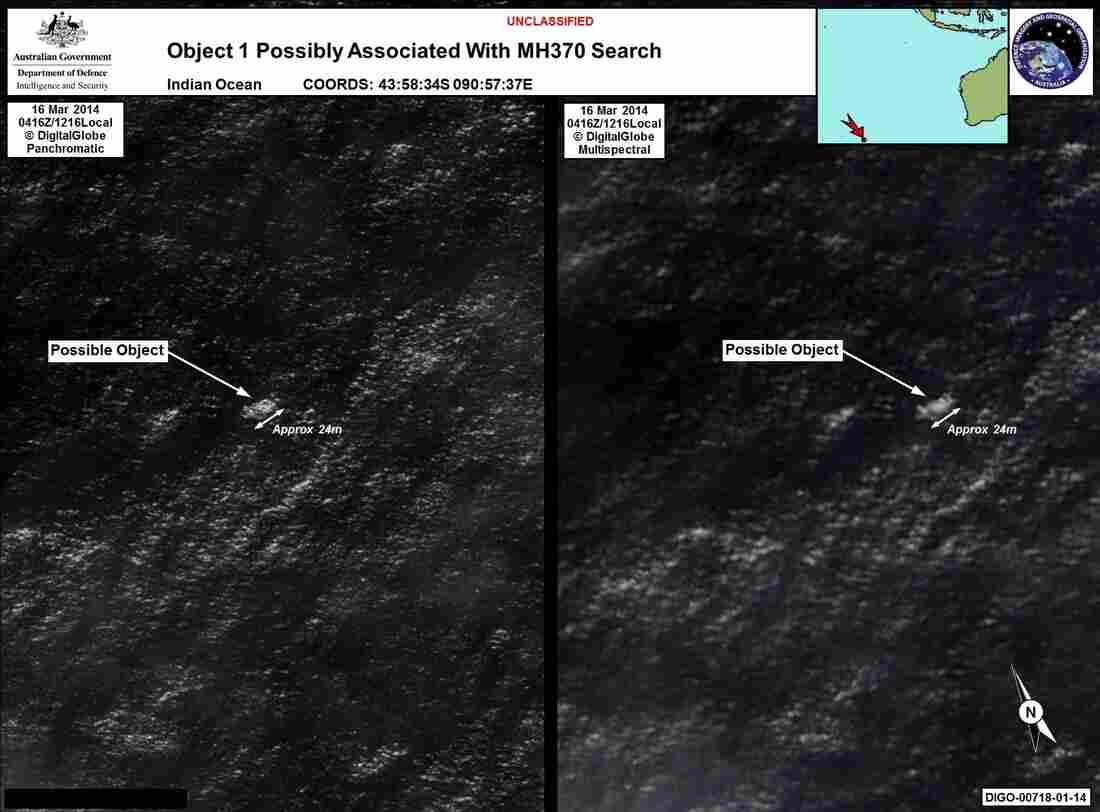 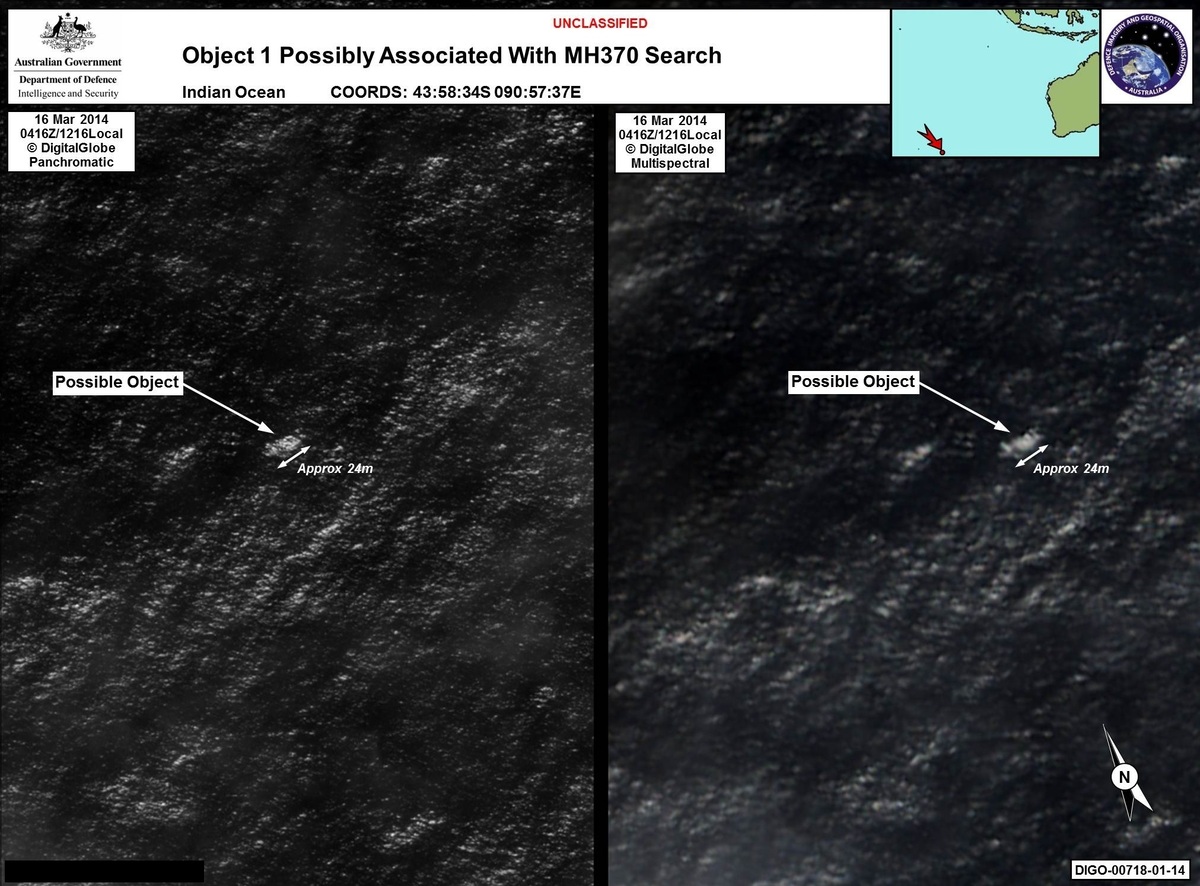 Satellite imagery provided to the Australian Maritime Safety Authority of objects that may possible debris of the missing Malaysia Airlines Flight 370.