Accessibility links
Lawrence Walsh, Who Investigated Iran-Contra Scandal, Dies At 102 : The Two-Way When appointed by President Reagan, everyone thought Walsh, a well-known Republican commodity, would conduct a pro forma investigation. It was anything but. 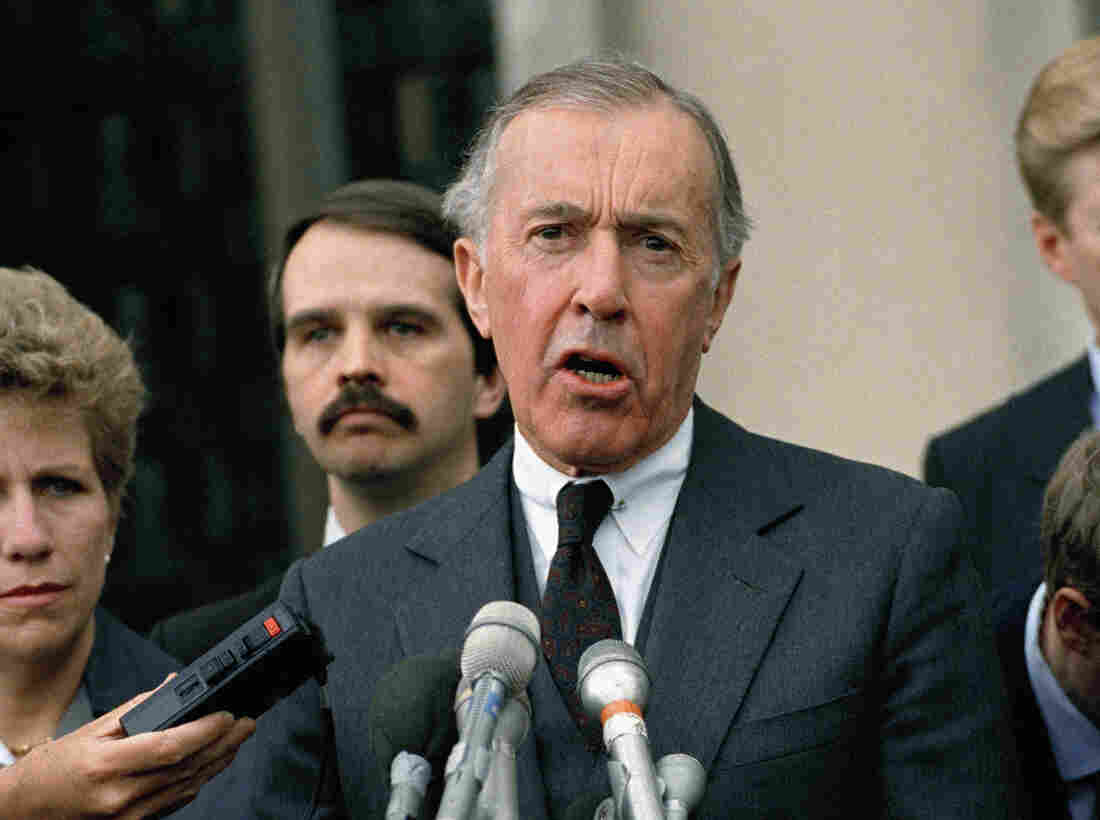 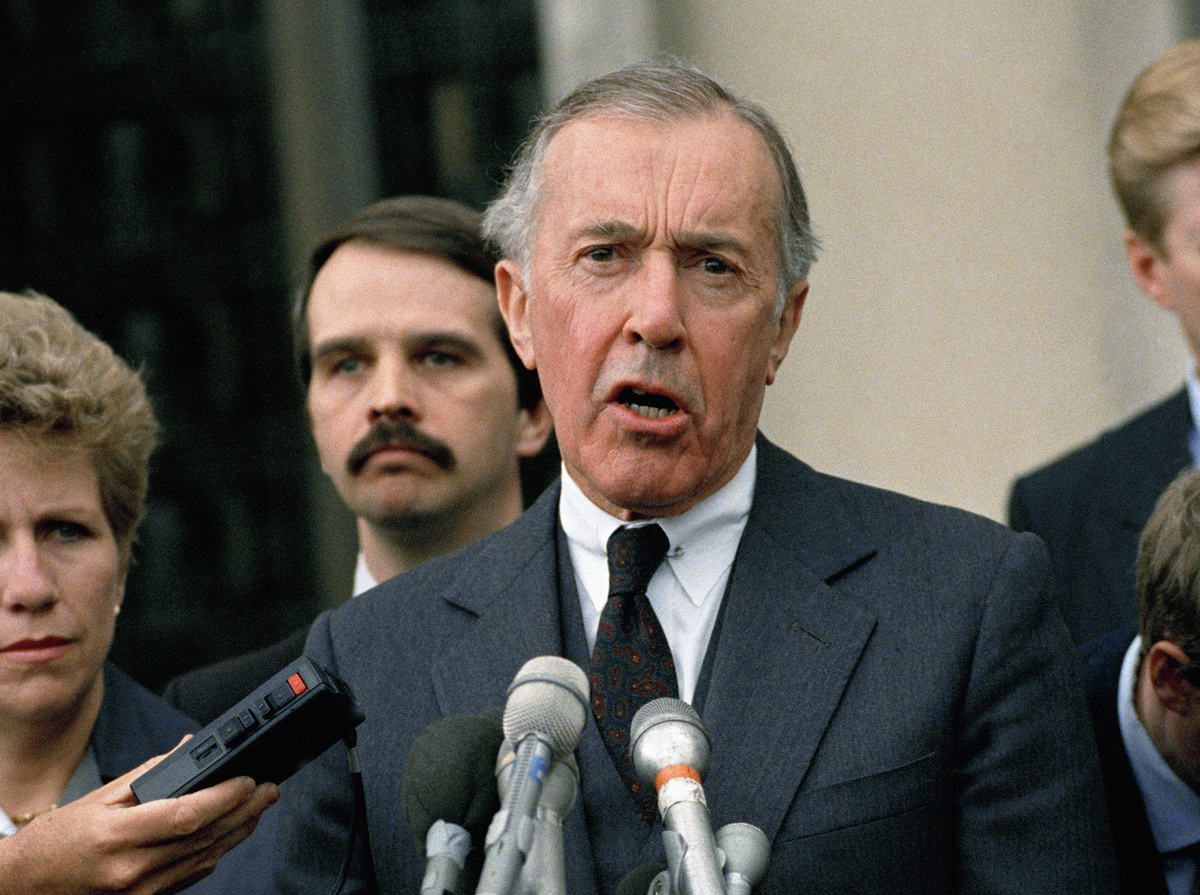 Lawrence Walsh, the special prosecutor who investigated charges of wrongdoing and criminality by top Reagan administration officials in the Iran-Contra scandal, has died.

The Iran-Contra affair merged two secret operations. On President Reagan's orders, his administration provided weapons to rebels opposed to the leftist government in Nicaragua. At the time, Congress had barred the Pentagon and CIA from giving the aid to the so-called Contras. The funding for the operation came instead from the secret sale of arms to Iran at a time when the president hoped that Iran might help free four American hostages being held in Lebanon. It was called an arms-for-hostages deal.

Lawrence Walsh: His Judgment Came Not From Confidence But Insecurity

Neither the public nor Congress knew about either of these operations, and when they were exposed, President Reagan had little choice but to ask for the appointment of an independent counsel.

Walsh was almost 75 years old when he was appointed and a well-known Republican commodity. His career had already included a huge number of public service positions: from a racketbusting young prosecutor in New York to general counsel of a commission to clean up the New York and New Jersey docks; from federal judge to deputy attorney general at the time of the Little Rock school desegregation; from deputy U.S. negotiator at the Paris peace talks with North Vietnam to Wall Street litigator and president of the American Bar Association.

His age and establishment credentials might have led some to believe his investigation would be relatively pro forma. It was anything but, taking six years and costing $47 million.

Walsh said the investigation was prolonged by years because the very agencies he was investigating — the White House, CIA, State Department and Defense Department — were thwarting him at every turn in an attempt to further cover up misconduct.

Walsh's critics said he was a zealot, guilty of prosecutorial abuse.

Eleven people pleaded guilty or were convicted by juries, but because Congress had granted limited immunity to the president's national security adviser, John Poindexter, and his aide, Oliver North, in exchange for their testimony, those two convictions were reversed on appeal.

The biggest prosecution of all — against Defense Secretary Caspar Weinberger — never came to trial. On Christmas Eve, two weeks before jury selection was to begin in 1992, and shortly before President George H.W. Bush was to leave office, Bush pardoned Weinberger and five other Iran-Contra figures.

"President Bush's pardon of Caspar Weinberger and other Iran-Contra defendants undermines the principles that no man is above the law," he said. "It demonstrates that powerful people with powerful allies can commit serious crimes in high office, deliberately abusing the public trust without consequences."

Two years later he issued his final report, and he was still angry.

"President Bush can never justify the pardon as an act of public service," he said. "President Reagan, on the other hand, was carrying out policies that he strongly believed. He may have been willful, but he thought he was serving the country in what he did."