Accessibility links
Book News: Khushwant Singh, Who Wrote Of India's Bloody Partition, Dies : The Two-Way Also: Miss Manners on what to do if you are accused of a literary conspiracy; the shortlist for the Stella Prize is announced; the winner of the Diagram Prize for oddest title. 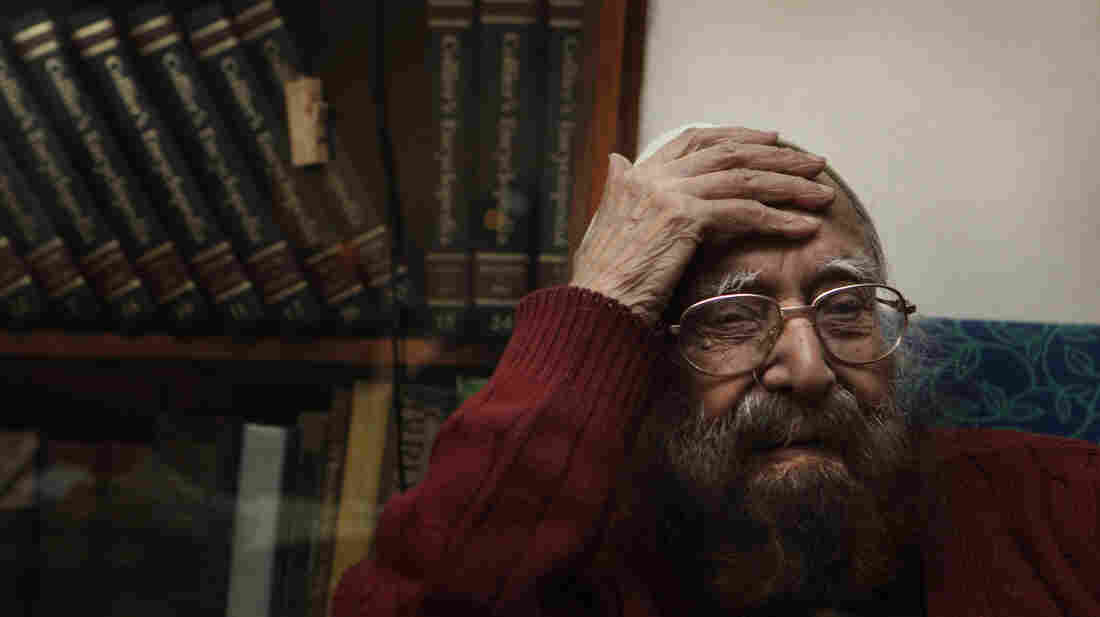 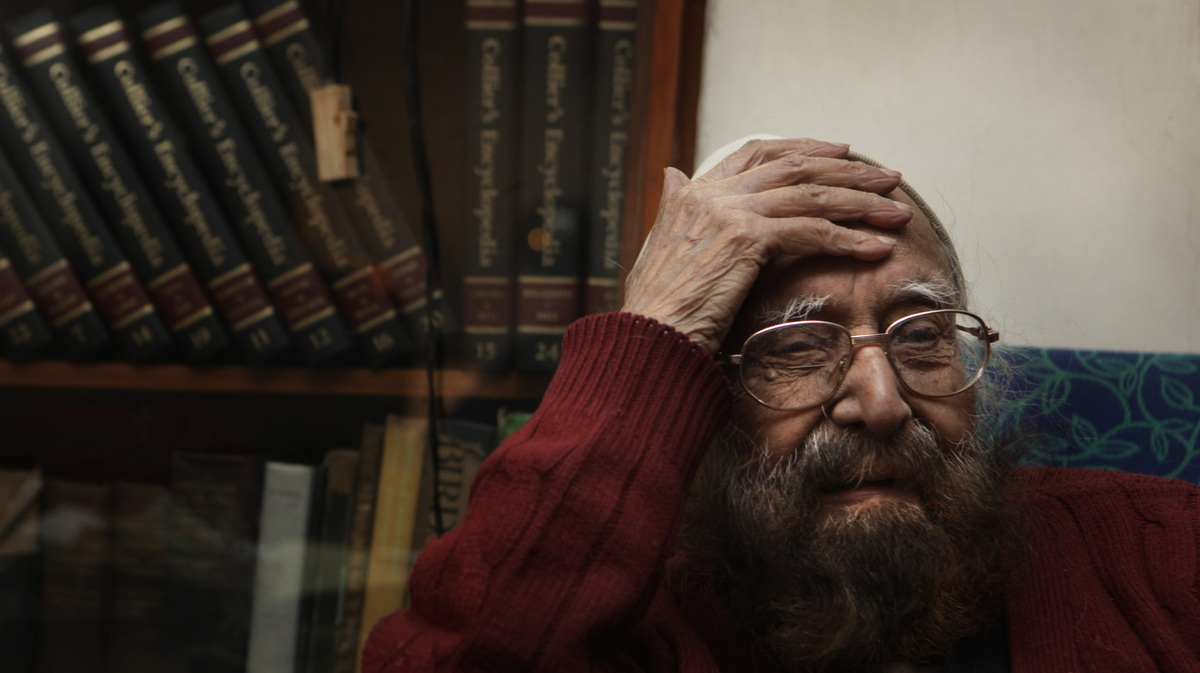 Khushwant Singh, pictured in 2010, sits in his house in New Delhi, India.

"Here lies one who spared neither man nor God

Waste not your tears on him, he was a sod

Thank the Lord he is dead, this son of a gun."