Accessibility links
Split Decisions: Ukraine Signs Up With EU, Russia Wraps Up Crimea : The Two-Way As the new government in Kiev was initialing a pact with the European Union on Friday, Russian President Vladimir Putin was signing legislation to complete the annexation of Crimea. 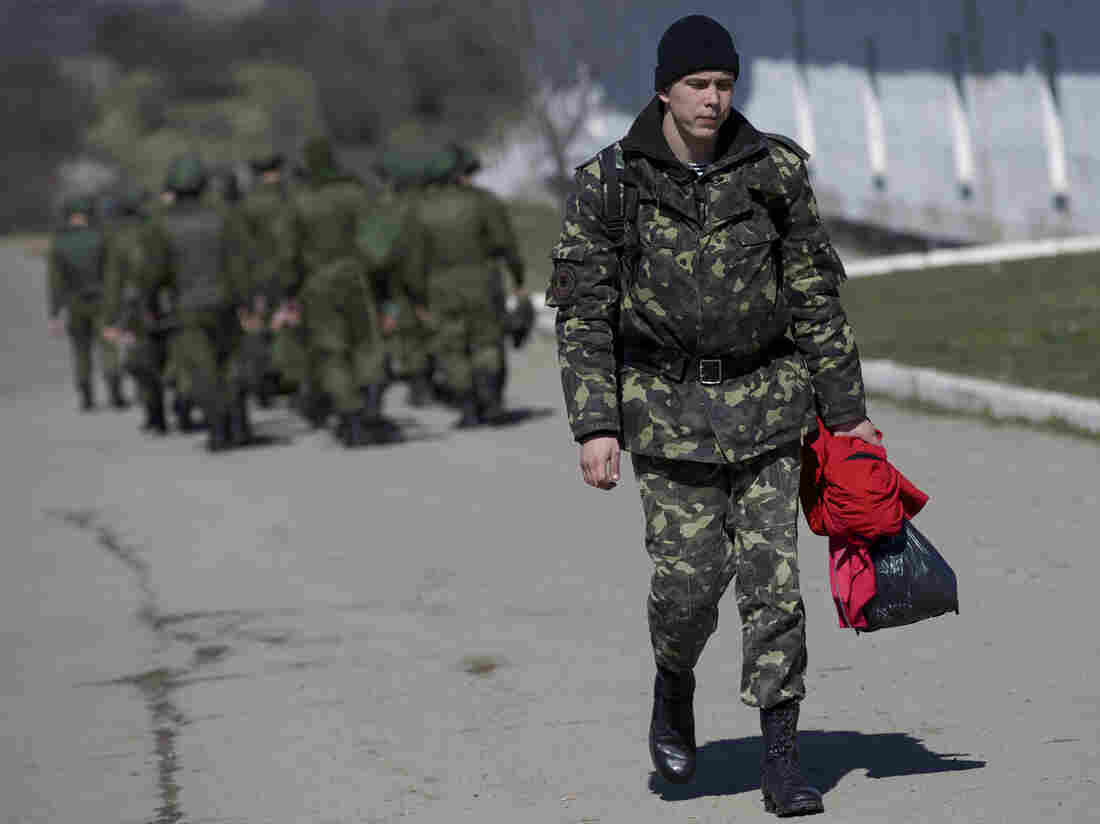 As Russian soldiers walked one way in the distance, a departing Ukrainian soldier carried some of his belongings Friday at a military base in Perevalne, Crimea. Ivan Sekretarev/AP hide caption 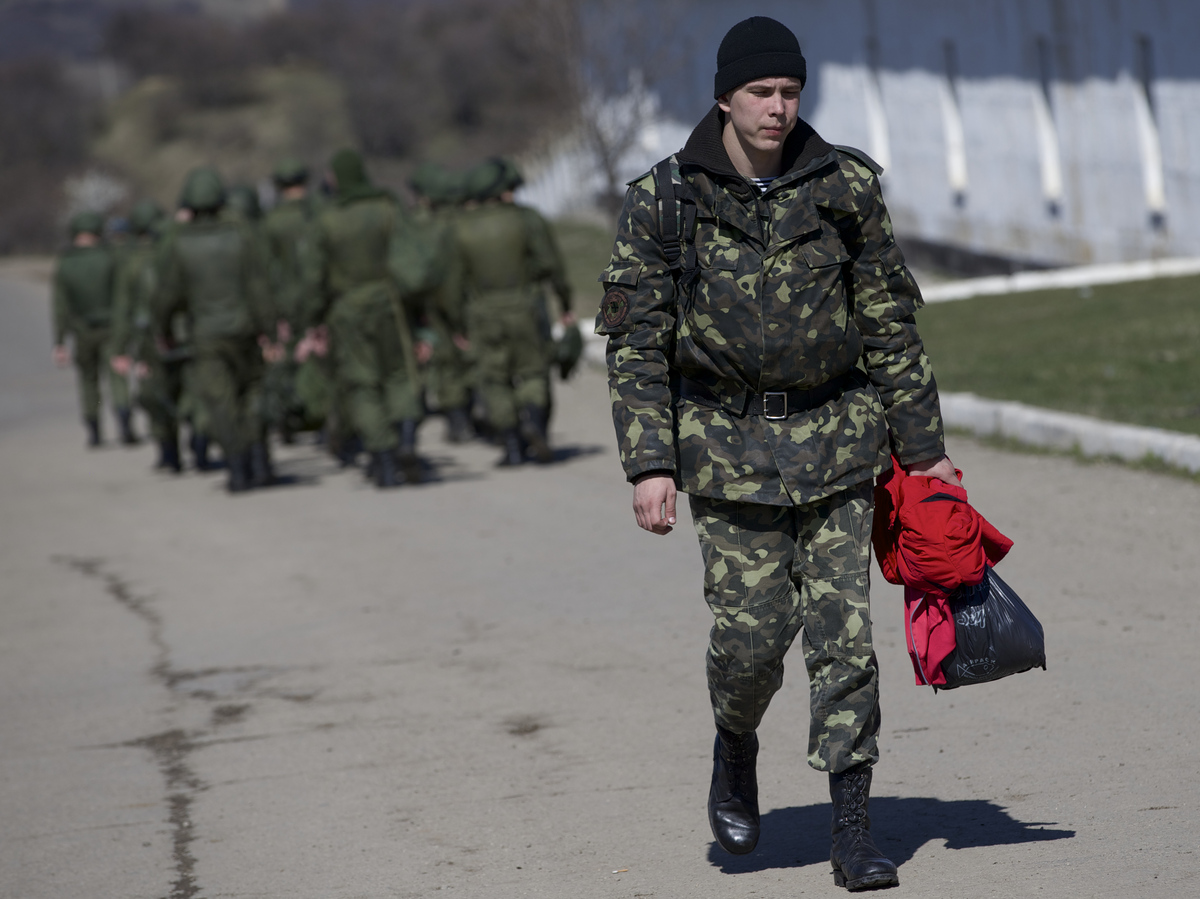 As Russian soldiers walked one way in the distance, a departing Ukrainian soldier carried some of his belongings Friday at a military base in Perevalne, Crimea.

There will be few days that better symbolize the crisis in Ukraine.

As Ukrainian Prime Minister Arseniy Yatsenyuk was signing an agreement on closer relations with the European Union ...

... Russian President Vladimir Putin was signing the laws his country has put in place to take Crimea from Ukraine and make it part of the Russian Federation.

Ukraine's pact with the EU, as CNN notes, has "symbolic force because it was the decision of ousted Ukrainian President Viktor Yanukovych in November to ditch it in favor of closer ties with Russia that triggered the protests that spiraled into the current crisis."

The BBC says that "the EU Association Agreement is designed to give Ukraine's interim leadership under PM Arseniy Yatsenyuk economic and political support. EU President Herman Van Rompuy said in a statement that the accord 'recognises the aspirations of the people of Ukraine to live in a country governed by values, by democracy and the rule of law.' "

But, as CNN adds, "Russia's moves to annex Crimea, following a contested weekend referendum in the Black Sea peninsula, have turned a confrontation with Europe and the United States into the biggest crisis in East-West relations since the Cold War." The U.S. and EU nations say the annexation violates both international and Ukrainian law.

— The U.S. ambassador to Poland said the U.S. is planning military exercises in Poland that could involve that nation, the Czech Republic, Hungary, Slovakia, Romania, Bulgaria and the Baltics. (Reuters) In Washington, officials said the discussions concern the expansion of already scheduled exercises.

Meanwhile, NPR's Ari Shapiro reports from London that the EU has added 12 names to its list of Russian and Ukrainian officials who it says were involved in interfering in Ukraine's affairs. Those officials are now subject to "visa restrictions and asset freezes," Ari says. Twenty-one officials were put on the EU's list earlier this week.

On Thursday, President Obama announced that the U.S. had increased the number of Russians and Ukrainians on its sanctions list to 31. The Russian government responded by barring nine Americans — including six members of Congress — from traveling to Russia. Putin has spoken about taking more steps.

Ukraine has said it will withdraw its troops and sailors from Crimea. Russian forces, along with local "self-defense" units, have taken control of many bases there and other strategic locations. On Friday, the BBC reports, families of Ukrainian military personnel in Crimea were seen departing from bases.

Also Friday, U.N. Secretary-General Ban Ki-moon arrived in Kiev. Ban, who is trying to find a diplomatic solution to the crisis, was in Moscow on Thursday. "I have emphasized that all parties (should) refrain from any hasty or provocative actions that could further exacerbate the already very tense and very volatile situation," he said after meeting with Putin.

Crimea has been the focus of attention as the ripple effects of the protests that led to last month's ouster of Yanukovych have spread.