Accessibility links
WATCH: A Big Upset Leads To Some Awesome Dancing : The Two-Way The Mercer Bears, a No. 14 seed, defeated the No. 3 Duke Blue Devils today. It is the biggest upset in the NCAA tournament so far, which means Mercer was doing some dancing.

WATCH: A Big Upset Leads To Some Awesome Dancing

WATCH: A Big Upset Leads To Some Awesome Dancing 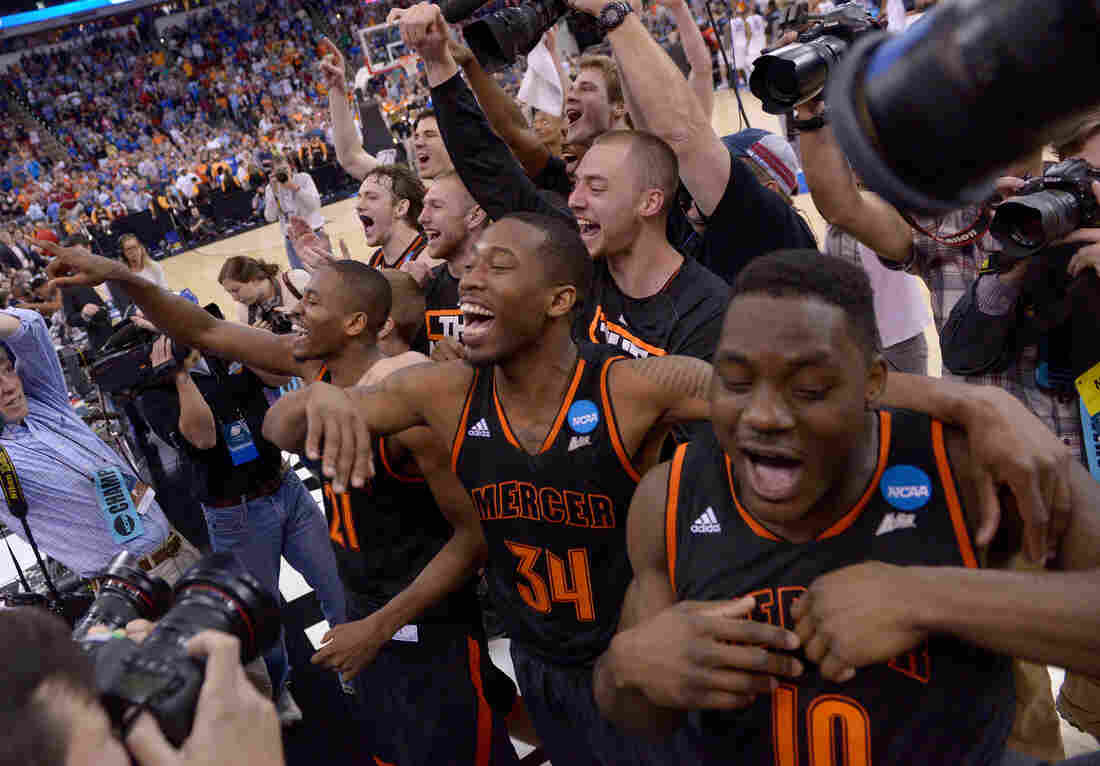 The Mercer Bears celebrate with after defeating the Duke Blue Devils 78-71 in the second round of the 2014 NCAA Men's Basketball Tournament. Grant Halverson/Getty Images hide caption 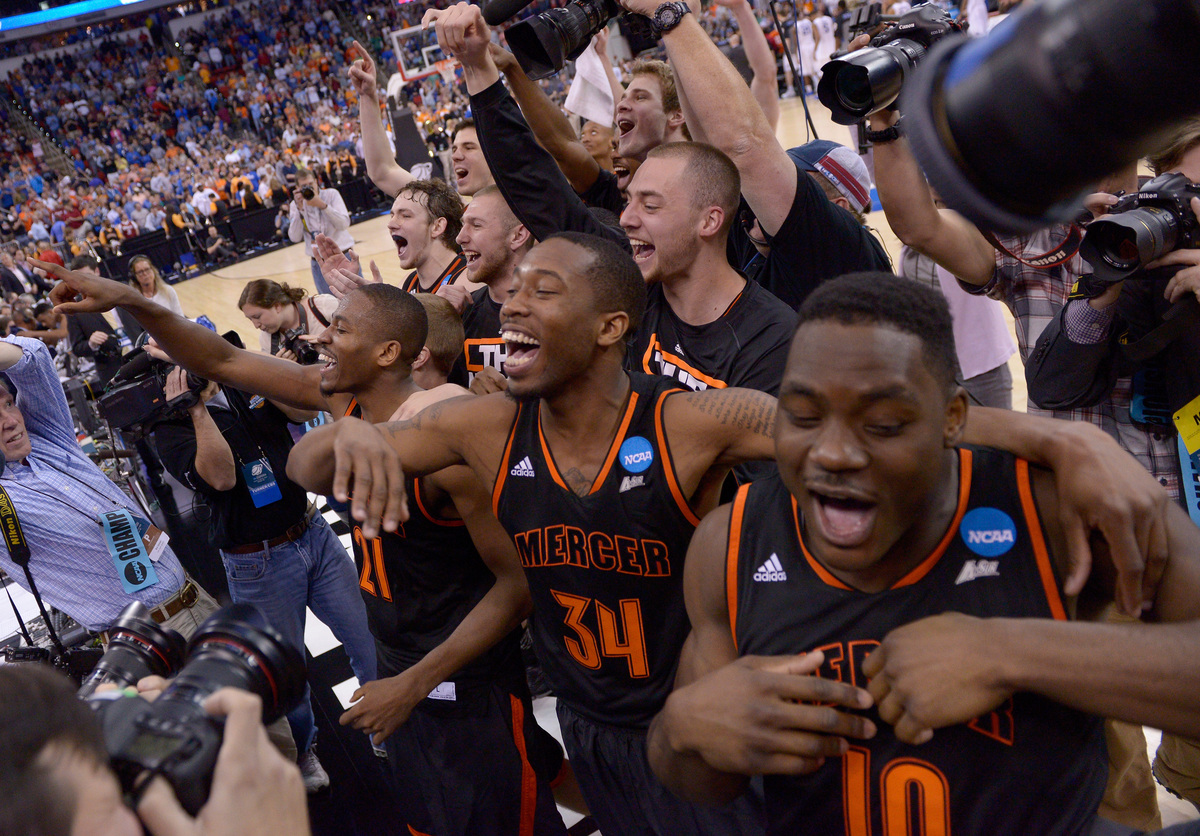 The Mercer Bears celebrate with after defeating the Duke Blue Devils 78-71 in the second round of the 2014 NCAA Men's Basketball Tournament.

How big an upset was No. 14 Mercer's victory over No. 3 Duke today?

Mark caught us up on the actual news.

Here is video that simply shows you:

For those of us, who are culturally clueless, The New York Times explains the dance:

"For the last couple of months, the Nae Nae has become a near universally recognized language of celebration. The dance comes along with a sprightly song, 'Drop That #NaeNae,' by the young Atlanta-based rap crew We Are Toonz, whose members — Bear, Callamar, K. B., Crash Bandit, Levi – shimmy their way through the song's video, rewriting youth culture on the fly.

"[Kevin] Canevari is not the first to drop that Nae Nae in exultant joy – the Washington Wizards' John Wall, longtime friend to hip-hop dance crazes, did his version after winning the dunk contest at All-Star weekend last month; the Houston Rockets' Dwight Howard was filmed doing it in a video with the group. It was used, fleetingly, in the dance medley during Pharrell's performance of 'Happy' at the Oscars, and Ryan Seacrest recently talked about it on 'American Idol.'"