Accessibility links
Declined: Visa, MasterCard Freeze Out Targeted Russian Banks : The Two-Way The U.S.-based credit card companies responded to sanctions imposed on Moscow in the wake of its annexation of Crimea. 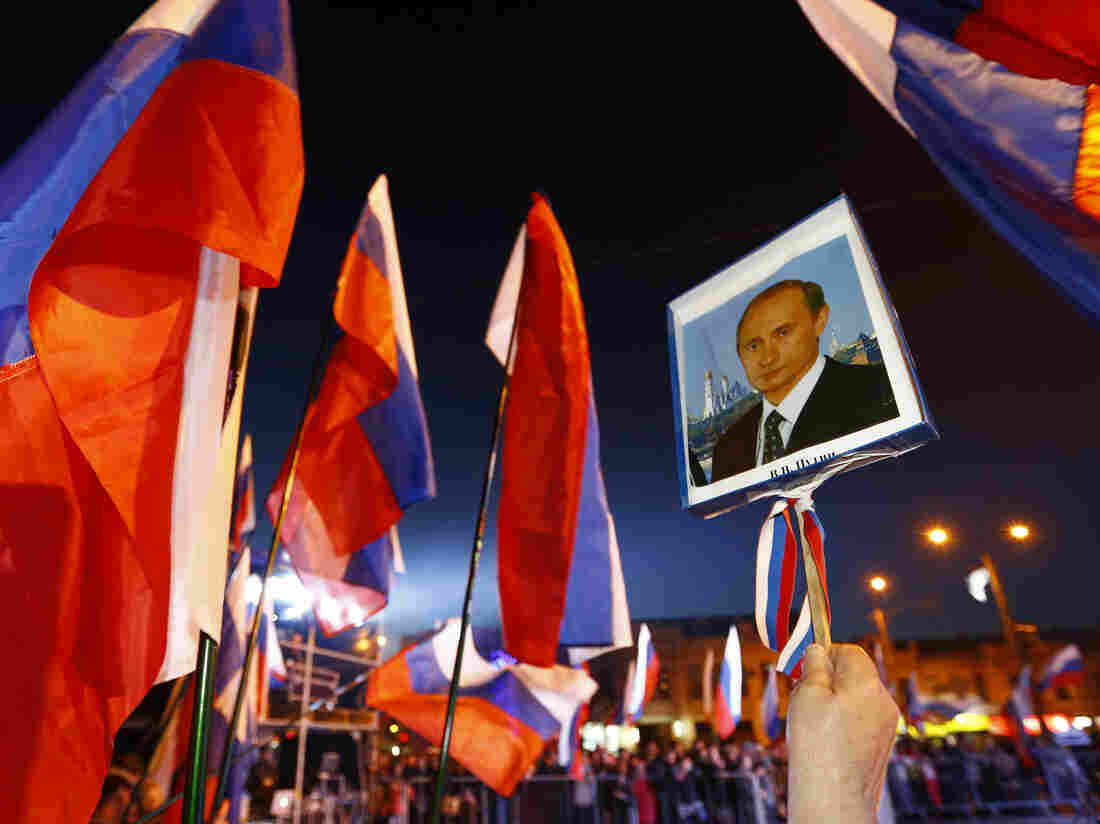 A woman holds a portrait of Russia's President Vladimir Putin during celebrations on the main square of the Crimean city of Simferopol after in its official annexation on Friday. Shamil Zhumatov/Reuters/Landov hide caption 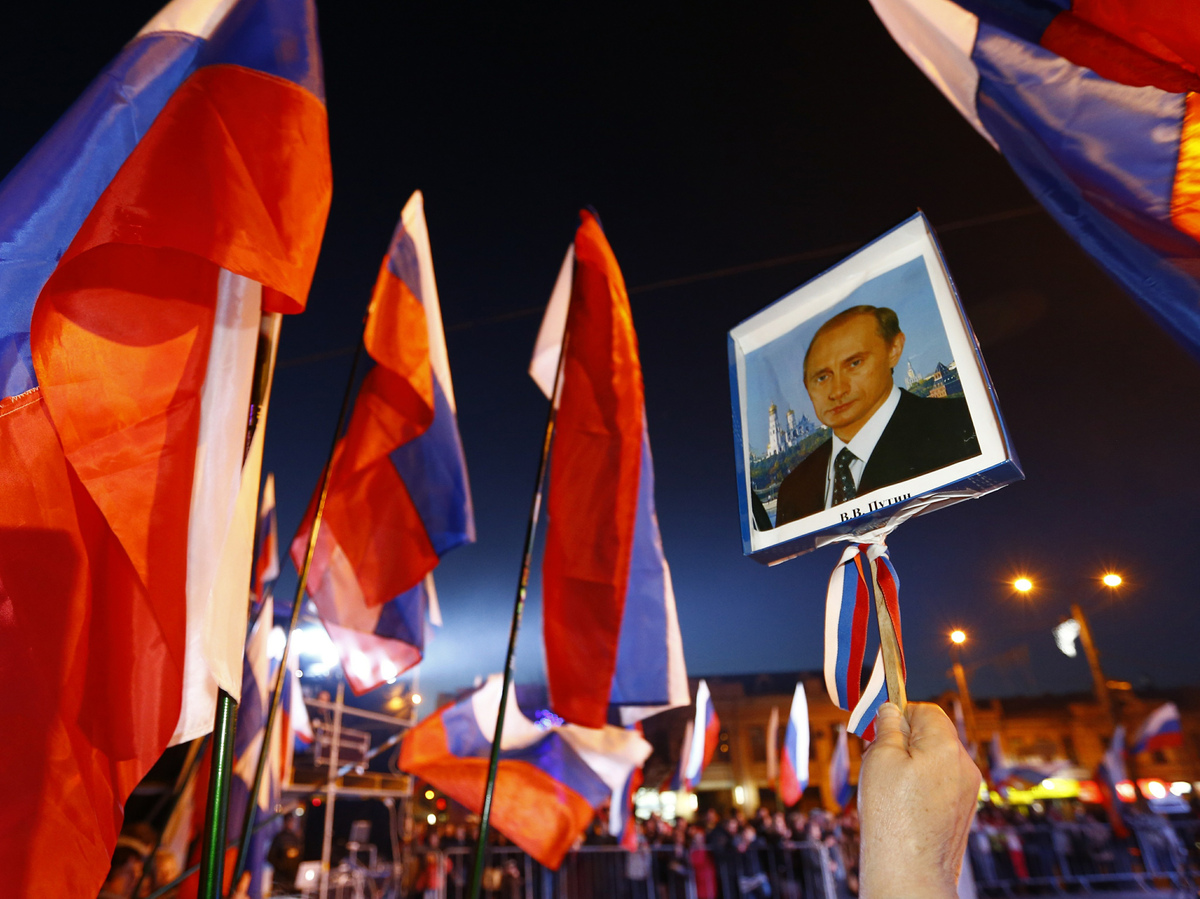 A woman holds a portrait of Russia's President Vladimir Putin during celebrations on the main square of the Crimean city of Simferopol after in its official annexation on Friday.

In what has likely come as a rude shock to some Russians, Visa and MasterCard have stopped processing payments at several of the country's banks as part of U.S. sanctions aimed at punishing Moscow's annexation of Crimea.

The BBC reports that four banks have been affected, "all of which have links to Russians blacklisted by the U.S."

"Several banks reported that customer cards were being declined for payment and that they had received no advance notification of the changes. Customer deposits remained unaffected.

"Visa confirmed Friday that it had blocked cards issued by four Russian banks for use on its payment network for online or retail purchases."

"The St Petersburg-based bank has been singled out by Washington as the personal bank for senior Russian officials. US officials said it would be 'frozen out' from the dollar.

"Russian President Vladimir Putin said Bank Rossiya had nothing to do with events in Crimea and promised to transfer his wages there.

"Russian President Vladimir Putin has promised to protect Bank Rossiya. 'I personally don't have an account there, but I certainly will open one on Monday,' he told a meeting of Russia's Security Council."

"[Clients] of another Russian lender, SMP, woke up Friday to discover that their bank cards are not as useful as they were. In a statement, it said Visa and MasterCard stopped providing their services "without prior notification." SMP's co-owners, Arkady and Boris Rotenberg - billionaire brothers and childhood friends of Putin - were hit by the U.S. sanctions on Thursday.

"The bank, which is in Russia's top 40 with $5 billion in assets, said it had no assets in the United States and described Visa and MasterCard's actions as 'illegitimate' because the bank, unlike its owners, was not covered by the sanctions."

"Putin promised ... Russia would respond in kind to the latest financial and visa curbs after producing one blacklist of its own."

"His allies laughed off the U.S. sanctions, but shares on the Moscow stock exchange - which have lost $70 billion of their value this month - fell sharply after President Barack Obama also threatened to target major sectors of the economy if Russia moved on areas of Ukraine beyond the Black Sea peninsula."