Accessibility links
Buffett's Billion Dollars Are Safe As Upsets Bust Brackets : The Two-Way None of the estimated 8.7 million entries in Quicken Loans' "Billion $ Bracket Challenge" have survived the first wave of games in the men's college basketball tournament. 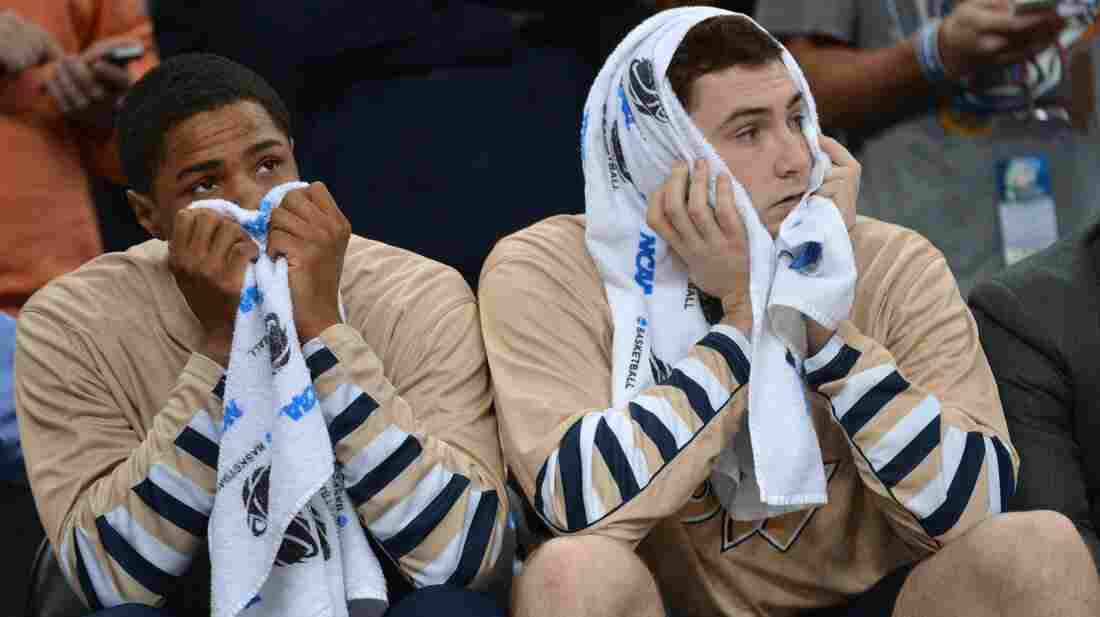 George Washington University players were dejected Friday as they went down in defeat to Memphis. The team's loss also wiped out any chance for someone to win $1 billion from Quicken Loans and Warren Buffett. Chuck Liddy /MCT/Landov hide caption 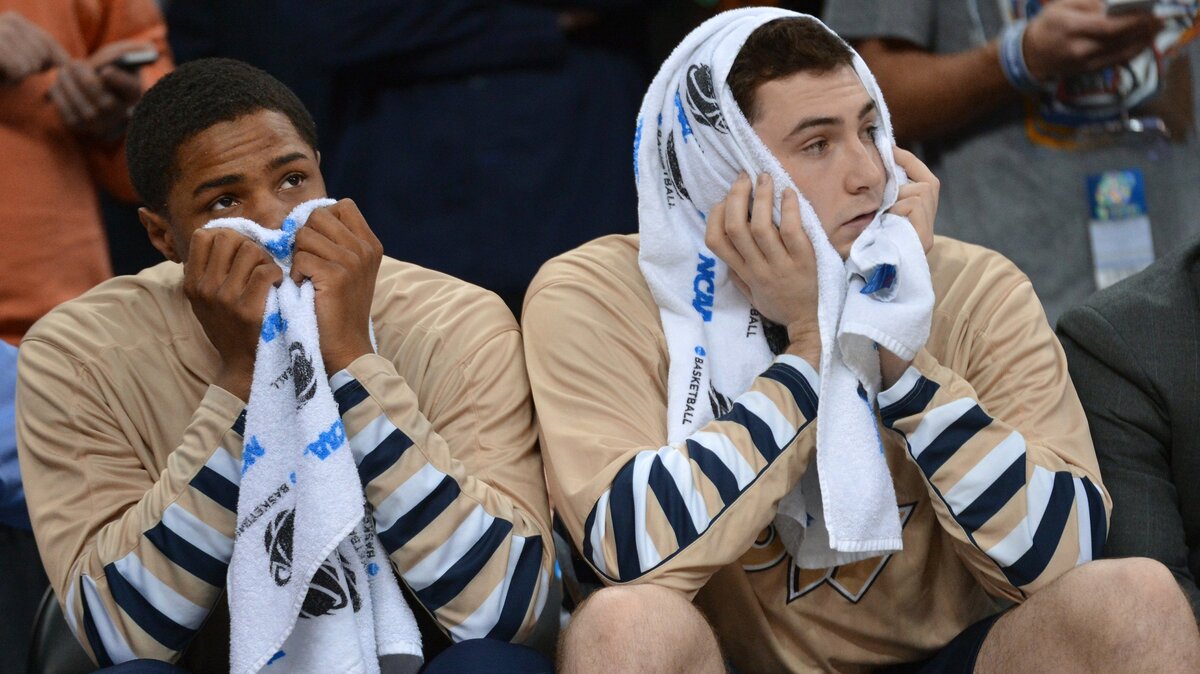 George Washington University players were dejected Friday as they went down in defeat to Memphis. The team's loss also wiped out any chance for someone to win $1 billion from Quicken Loans and Warren Buffett.

Mercer University's stunning upset of Duke on Friday in the NCAA Division I men's basketball championship ruined most fans' brackets — the guesses they make before the 64 teams face each other about which team's going to win every game.

By Friday evening, though, there were still three folks from about the 8.7 million or so who had entered Quicken Loans' "Billion $ Bracket Challenge" who had a chance to win the $1 billion prize offered by investment whiz Warren Buffett if they correctly picked the winner of every game.

Then Memphis beat George Washington, 71-66, and boom went those last three brackets in the billion-dollar challenge that hadn't already been busted. "It took just 25 games for everyone to be eliminated," ABC News points out.

The chances of winning Buffett's billion were astronomical. As Yahoo Sports, which is hosting the challenge, says:

"Depending on who you ask, the odds of picking a perfect bracket sit somewhere between 1 in 128 billion and 1 in 9.2 quintillion, give or take a few decimal points."

Now, we should point out that there's still money to be won in the Quicken Loans/Buffett challenge. Twenty prizes of $100,000 each are available to the entrants who come closest to being right about all the games.

By the way, there are many other websites that invited fans to fill out brackets. Millions also have brackets elsewhere on Yahoo, for instance. As of Saturday morning, only one person's Yahoo brackets were still perfect. That prognosticator is Brad Binder, 23, of Buffalo Grove, Ill.

"I did all my picks under five minutes," he tells Yahoo Sports.

He does have a question for Buffett, however:

If you want to see which teams Binder thinks will win the rest of the way, his brackets are here. He's expecting one significant upset this weekend: A victory for Stephen F. Austin University over UCLA on Sunday.

Binder thinks Mercer will win one more game — beating Tennessee on Sunday — before being eliminated. He's picking Michigan State to win the title.