Accessibility links
BP Says Oil Spill In Lake Michigan Has Been Contained : The Two-Way The cold weather helped contain the oil. Clean up crews are on the scene and the drinking water has not been affected.

BP Says Oil Spill In Lake Michigan Has Been Contained

BP Says Oil Spill In Lake Michigan Has Been Contained 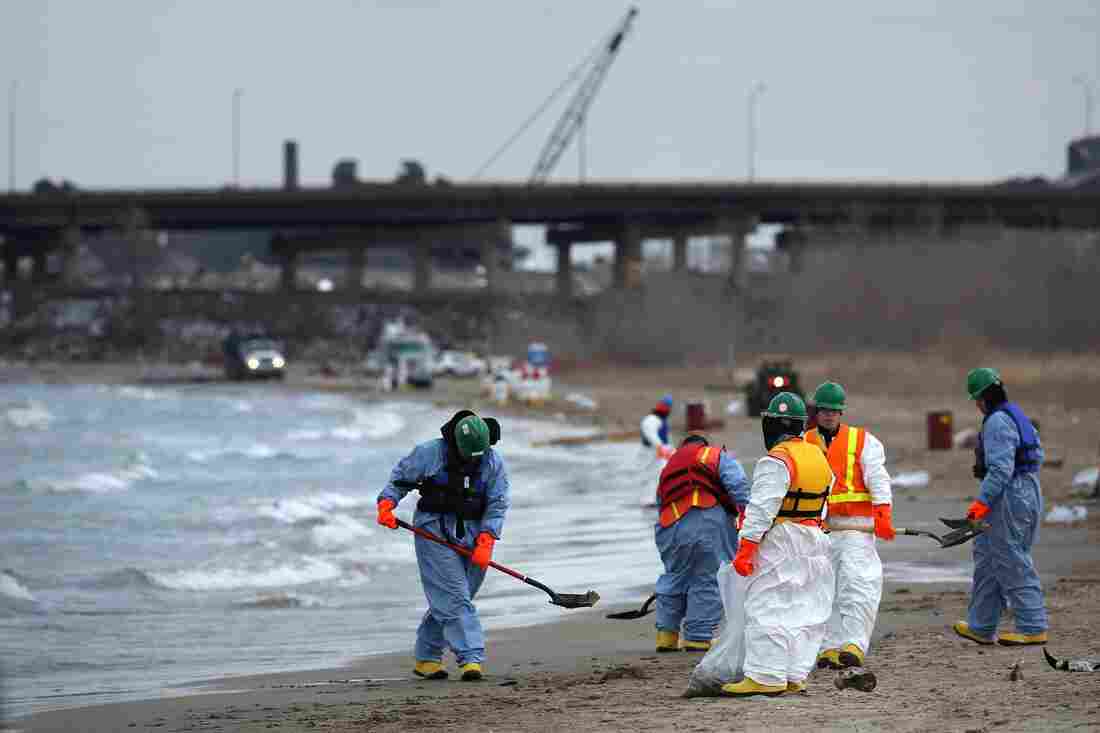 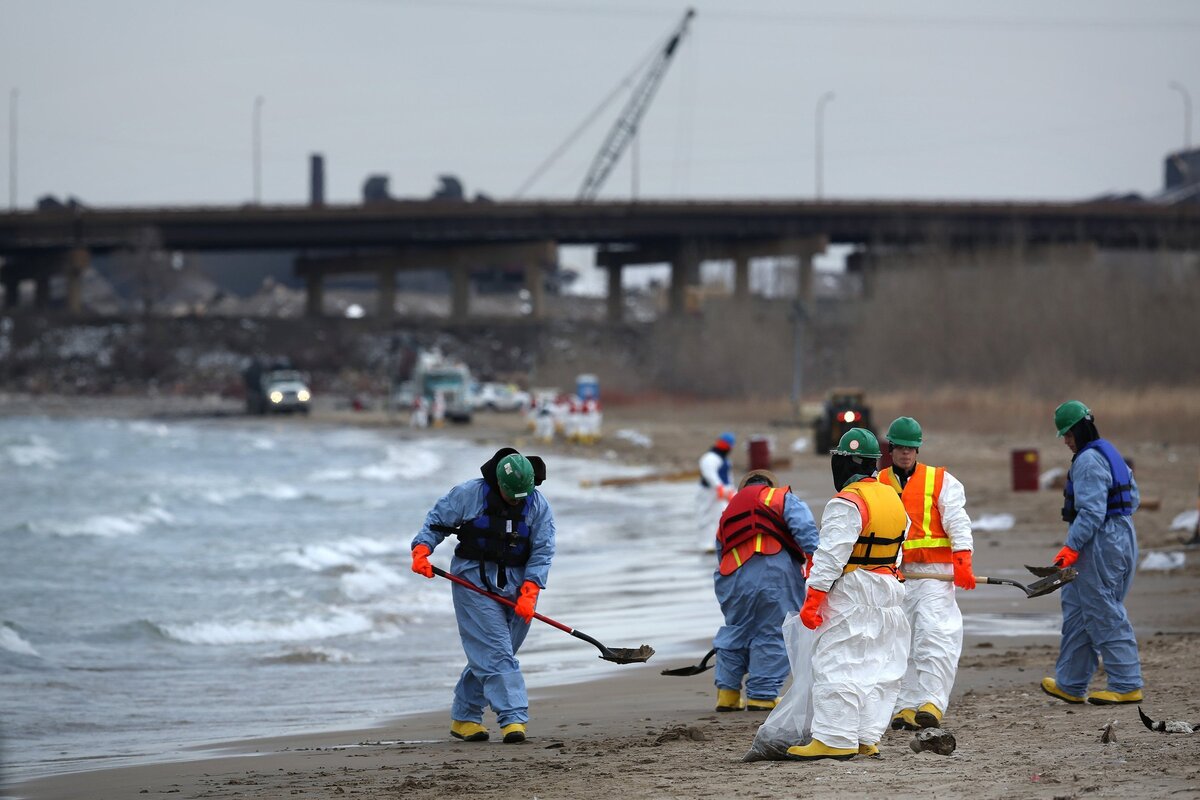 Crews clean up an oil spill along Lake Michigan from the BP Whiting refinery in Whiting, Ind., on Tuesday.

A BP refinery spilled an unknown amount of oil into Lake Michigan on Monday.

NPR member station WBEZ reports that the leak has been stopped and it is contained. The station reports:

"BP just completed a $4 billion modernization to the 100-year-old Whiting Refinery, the largest inland refinery in the United States.

"Sources helping with the cleanup estimate about a dozen barrels of crude spilled into the lake, with some containing what's considered sweet crude oil and some containing oil from Canada's tar sands region.

"After discovering the discharge, BP notified the U.S. Coast Guard, U.S. EPA and the Indiana Department of Environmental Management. Representatives from the agencies were at the refinery Monday evening."

In a statement, BP said it could not estimate the amount of oil spilled, but the cleanup effort continued on Wednesday.

"Lines of boom have been deployed to contain the oil and wind has blown oil toward the shore, where crews are vacuuming it out of the water and cleaning the limited quantities that have reached land between the refinery's wastewater treatment plant and a nearby steel mill," BP said.

Quoting the Environmental Protection Agency, the Chicago Tribune reports there have been no negative effects on the drinking water. Lake Michigan is "the source of drinking water for 7 million people in Chicago and the suburbs."