Accessibility links
Secret Service Agents Recalled From Overseas For Drinking : The Two-Way Three agents who were on assignment in Amsterdam ahead of President Obama's arrival for a summit were put on administrative leave in connection with the incident. 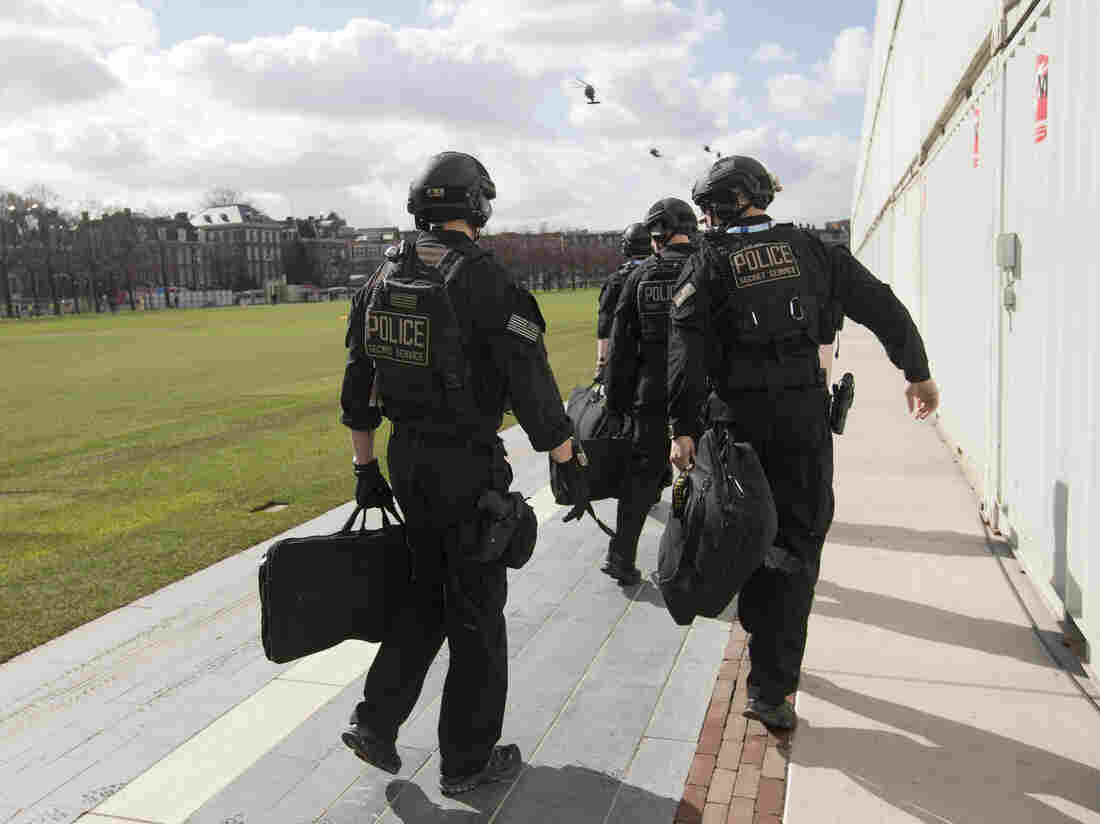 Members of the U.S. Secret Service's Counter Assault Team, known in the agency as CAT, are seen before boarding helicopters at a landing zone in Rijksmuseum in Amsterdam, Netherlands, on Monday. Pablo Martinez Monsivais/AP hide caption 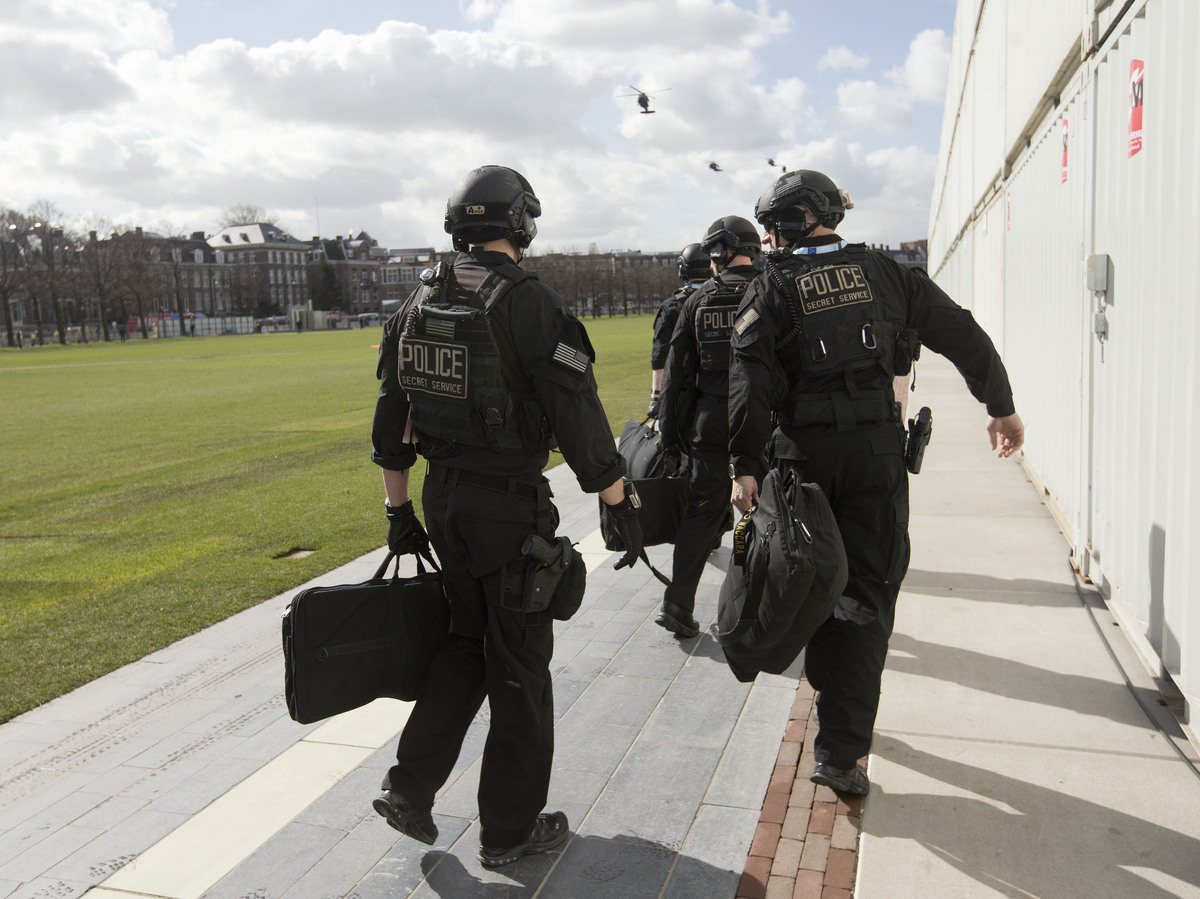 Members of the U.S. Secret Service's Counter Assault Team, known in the agency as CAT, are seen before boarding helicopters at a landing zone in Rijksmuseum in Amsterdam, Netherlands, on Monday.

Another embarrassing episode for the Secret Service: The latest involves reports of three agents being recalled from the Netherlands for a night of drinking ahead of President Obama's arrival there this week for a two-day summit.

This follows the dismissal nearly two years ago of three agents accused of cavorting with prostitutes in Cartagena, Colombia, and allegations of similar behavior in March 2011 during the president's visit to El Salvador. A subsequent investigation by the Department of Homeland Security's inspector general found no "widespread misconduct" in the service.

In the latest incident, the Secret Service said the three agents were on assignment in Amsterdam and put on administrative leave Sunday for "disciplinary reasons" but did not elaborate.

The Washington Post, citing three people familiar with the episode, reports that "one of the agents was found drunk and passed out in a hotel hallway."

"The hotel staff alerted the U.S. Embassy in the Netherlands after finding the unconscious agent Sunday morning, a day before Obama arrived in the country, according to two of the people. The embassy then alerted Secret Service managers on the presidential trip, which included the agency's director, Julia Pierson."

The newspaper says the three suspended agents are members of the Secret Service's Counter Assault Team, also known as CAT.

According to Bloomberg, "the three agents were sent home from the Netherlands because they violated a rule that bans drinking within 10 hours of going on duty, the official said. That rule, among others, was adopted in the aftermath of what occurred in Cartagena."