Accessibility links
Massive Nor'easter Rakes New England : The Two-Way The storm has dropped 10 inches of snow on parts of Massachusetts and spawned 40-to-50 foot waves off the coast of Maine. 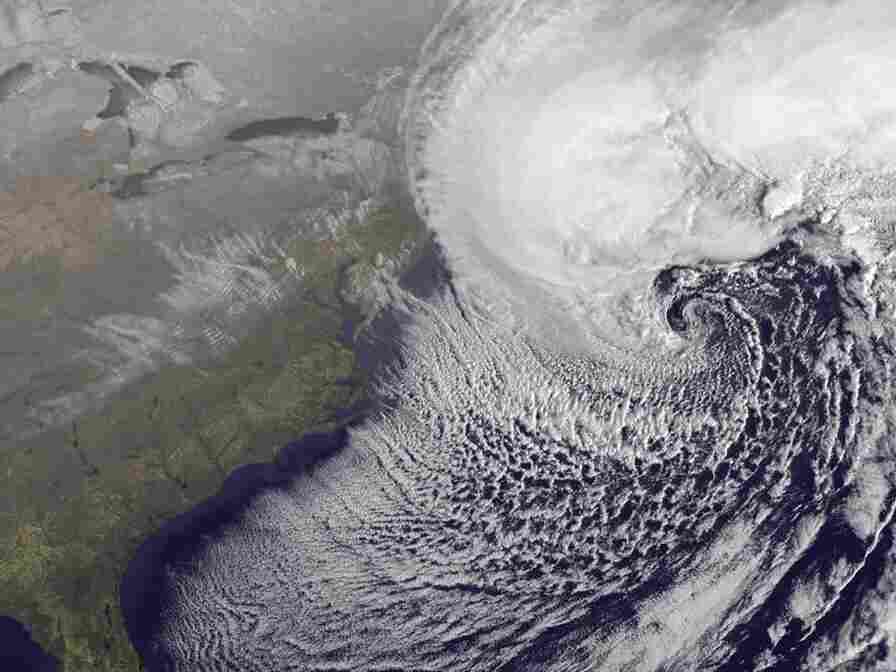 A NOAA satellite image of the storm off the coast of New England. NOAA hide caption 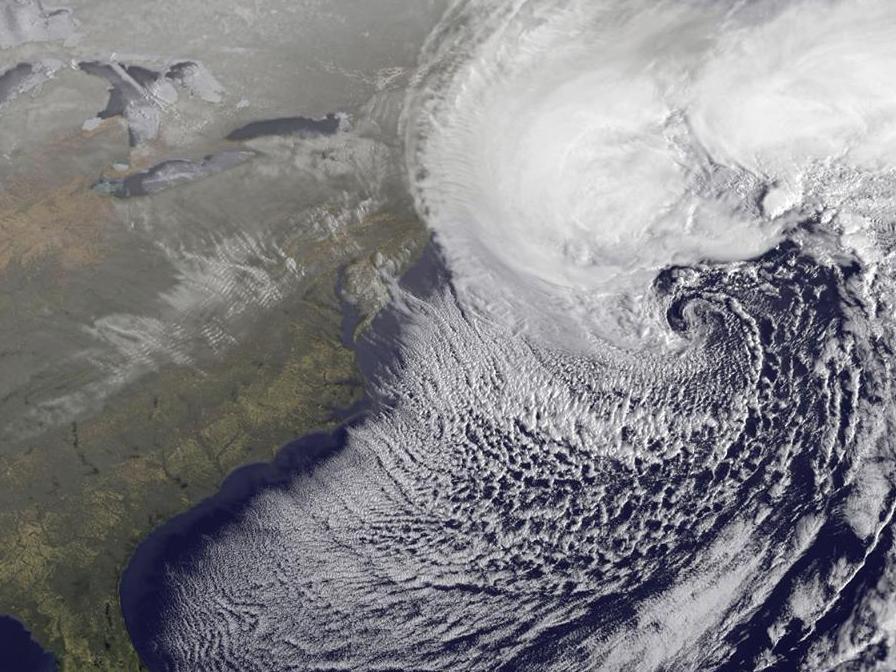 A NOAA satellite image of the storm off the coast of New England.

New England is getting a hard glancing blow from a huge winter storm that has generated hurricane-force winds and such adjectives as "mind-blowing" and "monster" from normally mild-mannered meteorologists.

One look at weather satellite images of North America is all it takes to understand: This is a huge, classic nor'easter. WeatherBell meteorologist Ryan Maue says the storm's "integrated kinetic energy" is four times that of superstorm Sandy.

"[The] storm literally exploded overnight, its pressure crashing from the levels of a pedestrian mid-latitude storm (1002 millibars) to a category 3 hurricane (around 964 millibars). And its pressure is still falling."

When a low pressure area drops 24 millibars in 24 hours, meterologists call it a "bomb." This storm's central pressure dropped 24 millibars in just six hours between midnight and 6 a.m. Wednesday.

Cape Cod, Nantucket and Martha's Vineyard have been slammed with up to 10 inches of snow and wind gusts up to 80 mph. Maine's eastern tip is also getting hit. But buoys off the coast of Maine have reported wind gusts up to 101 mph.

"Well offshore, sustained winds could reach 105 mph and seas could reach 40 to 50 feet with some individual waves even higher than that. Gusts over 75 mph are possible just off Outer Cape Cod and just off Martha's Vineyard and Nantucket along with dangerous seas. Gusts as high as 119 mph have been reported in the Gulf of Maine. All vessels are advised to stay in port while the storm passes by."

Scientific American explains how it happened:

"The moisture came north in a system from the Gulf of Mexico, but the cold was created by—yep, the Rex block. That term describes an enormous pressure center that can get stuck in place. In this case, that place was over Alaska and the upper West Coast, which forced the jet stream to take a deep dive from the Arctic over the east-central U.S. When that system collided with the moist one from the Gulf, the two combined and began spinning, dropping the pressure inside and pulling up the moisture, turning it into snow."