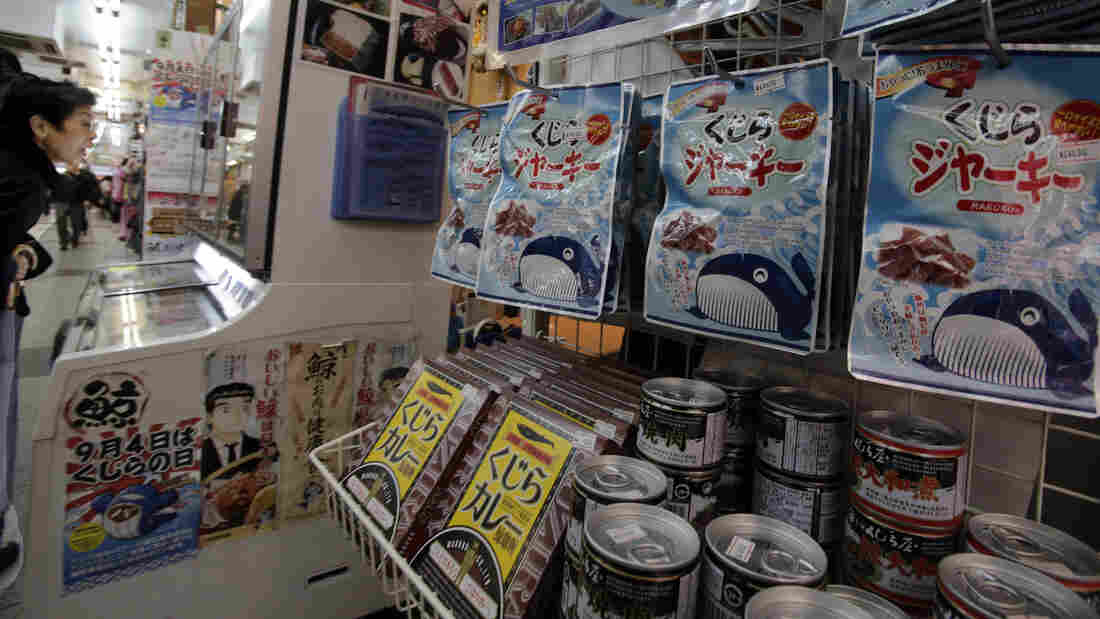 Packs of whale meat are seen in a specialty store in Tokyo last week. An international court ruled Monday that Japan must stop issuing permits to hunt whales in the Antarctic. Shizuo Kambayashi/AP hide caption 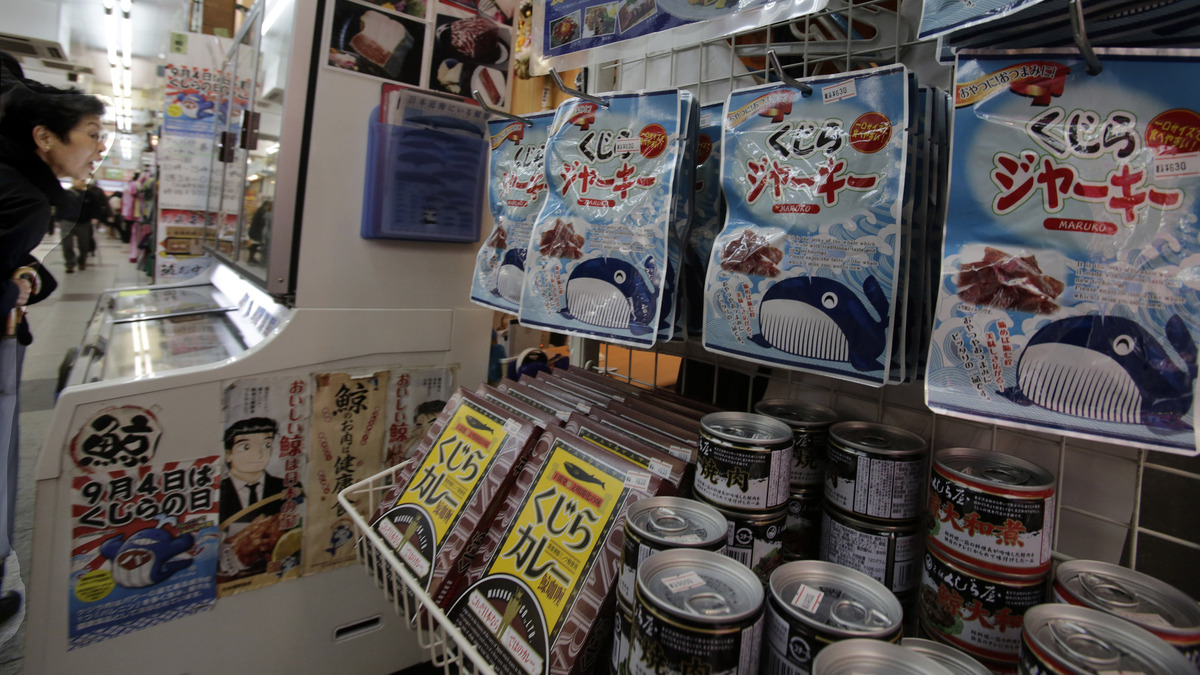 Packs of whale meat are seen in a specialty store in Tokyo last week. An international court ruled Monday that Japan must stop issuing permits to hunt whales in the Antarctic.

An international court has ordered Japan to revoke whaling permits in the Antarctic and stop granting new ones.

The country's government had argued that hunting whales was part of a research program, but the International Court of Justice ruled Monday that Japan hasn't generated enough scientific research to justify killing hundreds of whales. Critics said the hunts were instead a way to justify commercial hunting.

Under the whaling program, Japan had set annual "lethal sample size" limits of 50 per species for fin whales and humpback whales, in addition to approximately 850 Antarctic minke whales. But the court said the research program had generated only two peer-reviewed papers that together refer to nine whales.

"In light of the fact that [Japan's program] has been going on since 2005 and has involved the killing of about 3,600 minke whales, the scientific output to date appears limited," the court wrote in its judgment.

By a 12-4 vote, the court based in The Hague decided Japan must "revoke any extant authorization, permit or license granted in relation to" its whaling program, "and refrain from granting any further permits" related to it.

The court's ruling stems from a complaint filed by Australia in May 2010, when it accused Japan of being in breach of the International Convention for the Regulation of Whaling by operating a system that produced whale meat for sale in Japan, rather than creating scientific data.

Japan contested the allegations, saying the meat was sold in order to fund research. International conventions allow whale meat to be sold commercially when it's a by-product of research efforts.

Japanese officials have said the whaling program, called JARPA II, is for research on whales' age, sexual maturity and pregnancy rates, according to court documents. Some elements of the program were slated to go on for six to 12 years.

But the court noted that an expert who was called on to testify — Nick Gales, chief scientist of the Australian Antarctic Program — said Japan's program "operates in complete isolation" from other Japanese and international research efforts into Antarctica's wildlife.

As Australia's ABC notes, "Japan signed a 1986 moratorium on whaling, but has continued to hunt up to 850 minke whales in the icy waters of the Southern Ocean each year."

The news agency adds, "The ICJ's ruling is final and there will be no appeal."

Japanese officials have said they will abide by the ruling. But the country could also simply end its participation in agreements that curb whale hunting, ABC says. And as The New York Times notes, "The court left open the possibility for future whale hunting if Japan redesigned its program."