Accessibility links
Albuquerque Protest Of Fatal Police Shootings Turns Into Chaos : The Two-Way The protest began Sunday as a march near police headquarters in downtown Albuquerque, N.M., and spread as it continued into the night. Police reportedly used tear gas to disperse crowds. 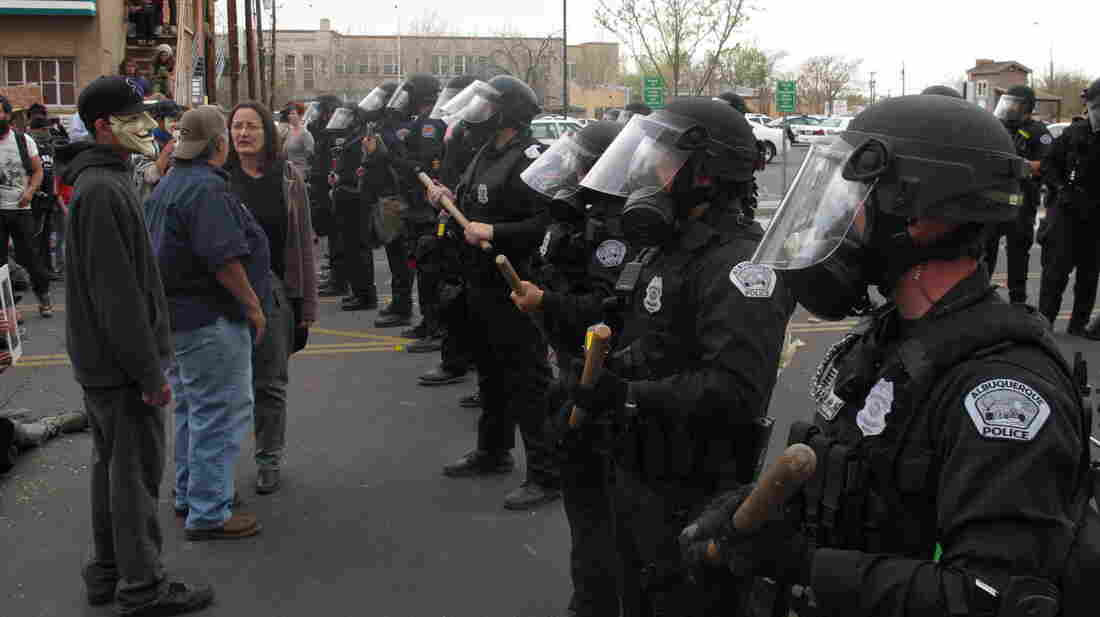 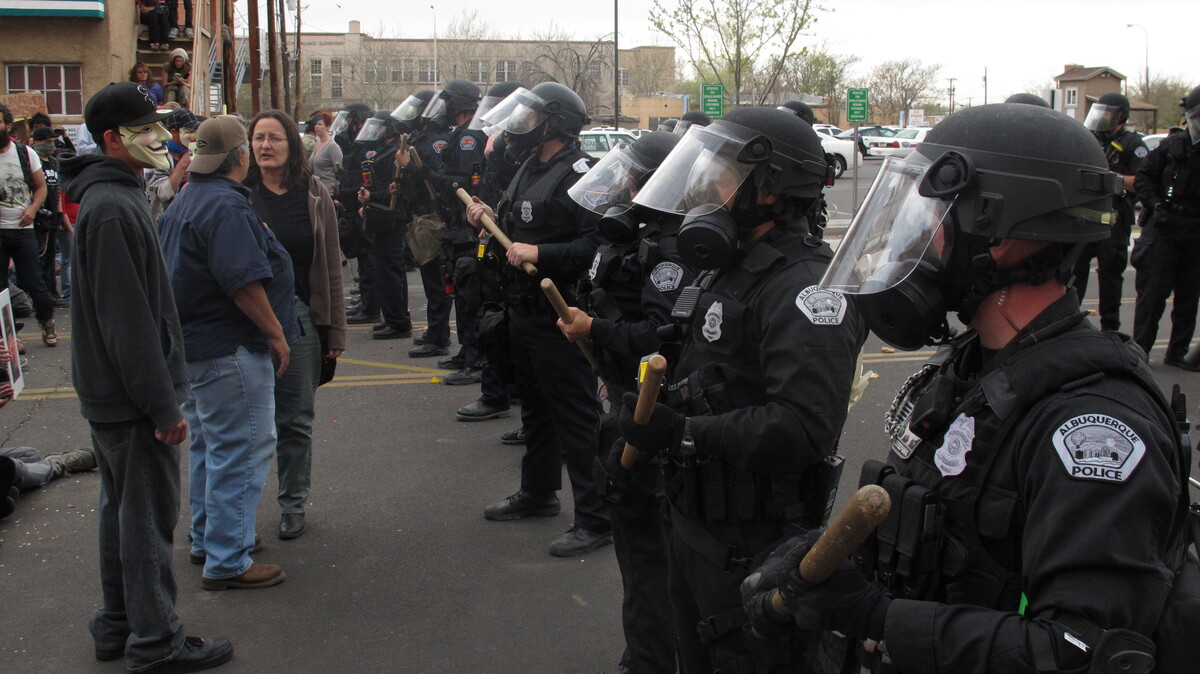 Riot police faced off with protesters Sunday, during a demonstration against recent police shootings in Albuquerque, N.M. The march lasted at least nine hours.

An hours-long protest against recent police shootings spun out of control late Sunday in Albuquerque, N.M., as officers in riot gear reportedly used tear gas and other methods to break up crowds. Hundreds of people took part in the rally, which spread over several streets.

Protesters eventually clashed with police, who threw gas canisters and charged at members of the crowd to break up the gathering, according to The Associated Press, which quotes the city's Mayor Richard Berry calling the situation Sunday night "mayhem."

The protest began around noon local time as a planned march in the area of the University of New Mexico and the Albuquerque Police Department's downtown headquarters. It spread as it continued into the night, with protesters shutting down streets and attempting to block a nearby interstate.

From the city's KRQE TV news:

"After more than nine hours of protests, APD released tear gas on a crowd on Central Avenue at 9:30 p.m. Several people were also arrested near Central and Girard, after protesters and APD officers had lined the streets. A little more than an hour later, more tear gas was released on protesters near 4th Street and Marquette.

"After more than eight hours of walking through downtown Albuquerque, protesters started vandalizing property, with one person seemingly attempting to take down the street sign at Central and Yale, and other protesters spray-painting property. This followed a long day that involved a standoff with officers in riot gear near APD headquarters.

"Officer Tasia Martinez of APD confirmed late Sunday night that protesters left damage and graffiti all along Central Avenue that will have to be cleaned up at least all day Monday."

The street protest was mirrored by acts online. Hackers took down the police department's website, in an attack that had been promised in a video released last week by people claiming to be affiliated with the group Anonymous.

Sunday's events were a sharp escalation from Tuesday, when a protest of the March 16 police shooting death of James Boyd went relatively smoothly. But that night was also marred by police violence — in a separate incident, officers shot and killed a man under disputed circumstances, as member station KUNM's Marisa Demarco reported. 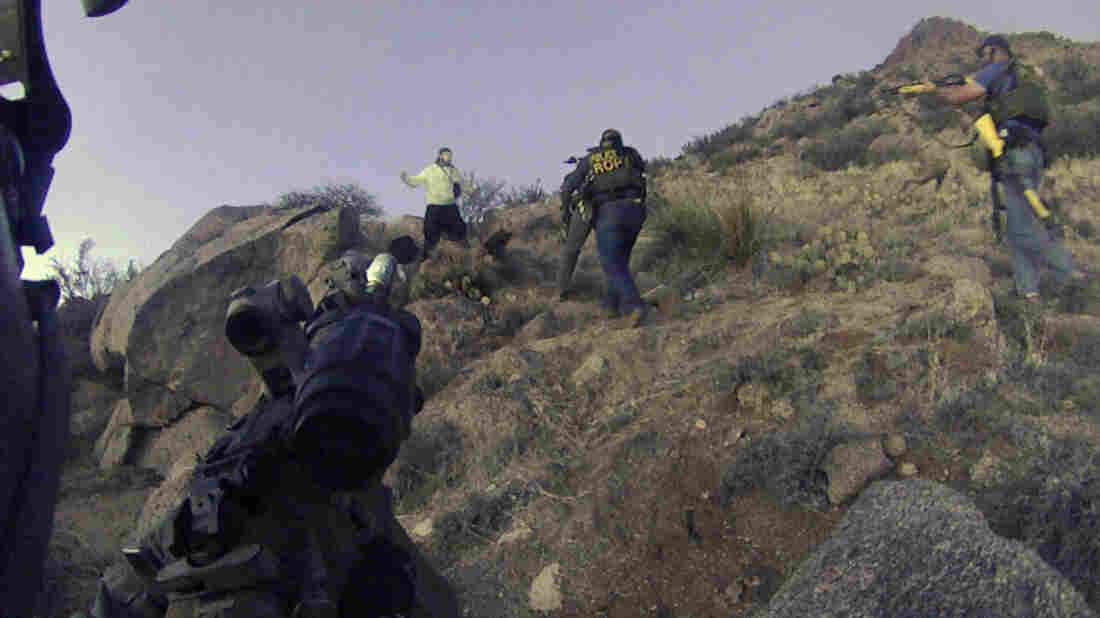 An image from a police video of March 16, shows Albuquerque, N.M., police officers in a standoff with James Boyd, an illegal camper in the city's foothills. Boyd died after being shot by officers. AP hide caption 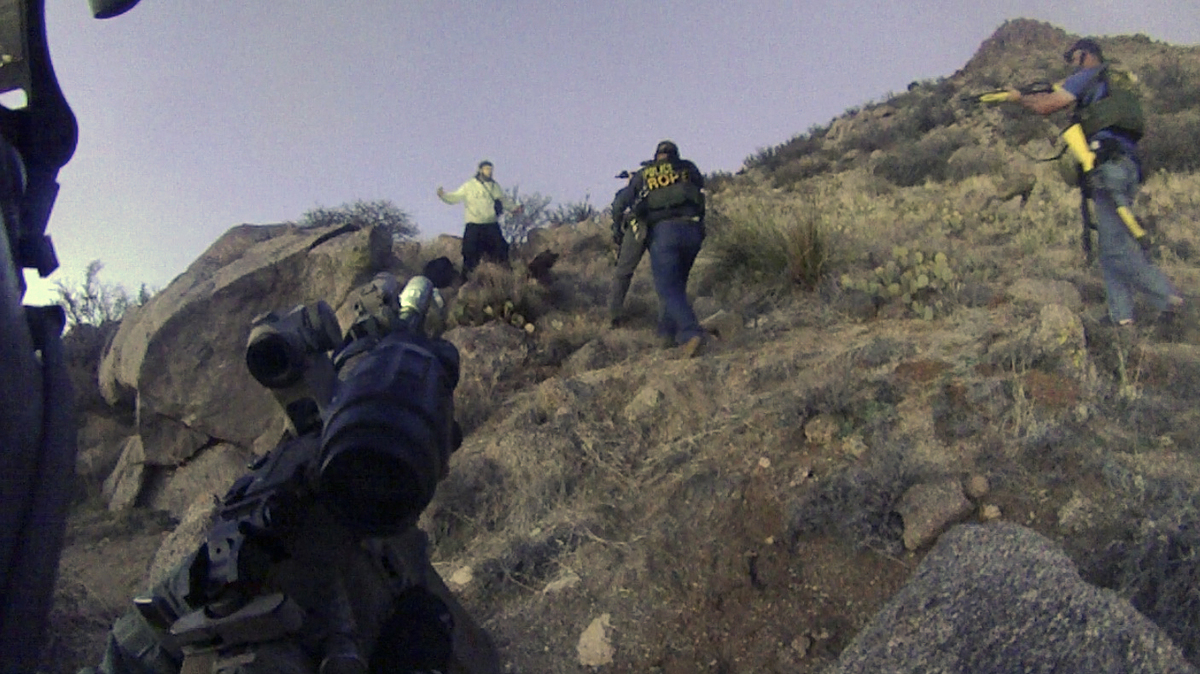 An image from a police video of March 16, shows Albuquerque, N.M., police officers in a standoff with James Boyd, an illegal camper in the city's foothills. Boyd died after being shot by officers.

Boyd died after a standoff with police in the city's Sandia Foothills area, following a confrontation over illegal camping. The city's police chief, Gorden Eden, said the shooting was justified, as Boyd had threatened officers with knives. He also noted Boyd's criminal history, which included an attack on a police officer.

But a video of the shooting, taken from an officer's uniform camera, spurred new anger.

The video suggests that toward the end of the standoff, it seemed Boyd might go quietly, as the Albuquerque Journal reported:

" 'All right, don't change up the agreement,' Boyd says, as officers have their guns trained on him. 'I'm going to try to walk with you.' Boyd picks up his backpack and belongings, and he looks ready to start walking. There are no knives in his hands at this point. 'Do it!' an officer says on the video.

"A flash-bang device is thrown at Boyd's feet, disorienting him. Officers yell at him to get on the ground, and a dog and officer approach him. Boyd takes two knives out of his pockets and appears to wave them. Then Boyd starts turning away from the officers. That's when shots ring out and he hits the ground. Officers continue to yell at him to drop the knives. 'Please don't hurt me anymore. I can't move,' Boyd says as he lies on the ground.

"Officers fire beanbag rounds at him as he's on the ground, then let loose a police dog, which grabs his leg and shakes it. He doesn't move. Then officers approach and cuff him, blood on the rock above him. He died the next day at the hospital."

The incident led Albuquerque's Mayor Berry to say last Monday, "I find it horrific, myself." Calling for an investigation into the killing, Berry added that he felt Eden had made a mistake in his public remarks about it.

"There has been excessive force lately — in the last couple of years — and I think something has to be done," protester Justin Wagner told local KOB 4 TV news. "The new police chief is not doing his job. He spoke wrongly two weeks ago by justifying it, before everything was out there."

These are only the most recent of Albuquerque's concerns involving use of force by its police.

"APD has shot 37 people since 2010, and 24 of them died," KUNM's Demarco reports. "The Department of Justice has been investigating Albuquerque police's unreasonable use of deadly force since November 2012."

That's from an overview of the city's ongoing issues with police shootings published last week. Here's more from Demarco:

"The Council voted to request a federal investigation in 2011, but Mayor Berry vetoed the measure. Council President Dan Lewis demanded the mayor fire then-Police Chief Ray Schultz a year ago and began seeking a say in who the city hires to run APD. As things stand, the mayor appoints the police chief. In light of shootings in 2014, the Council is again taking up the cause."