Accessibility links
As Peace Talks Falter, Kerry Cancels Meeting With Abbas : The Two-Way John Kerry made the announcement after Palestinian Authority President Mahmoud Abbas asked to join international organizations, a move that is opposed by the U.S. and Israel. 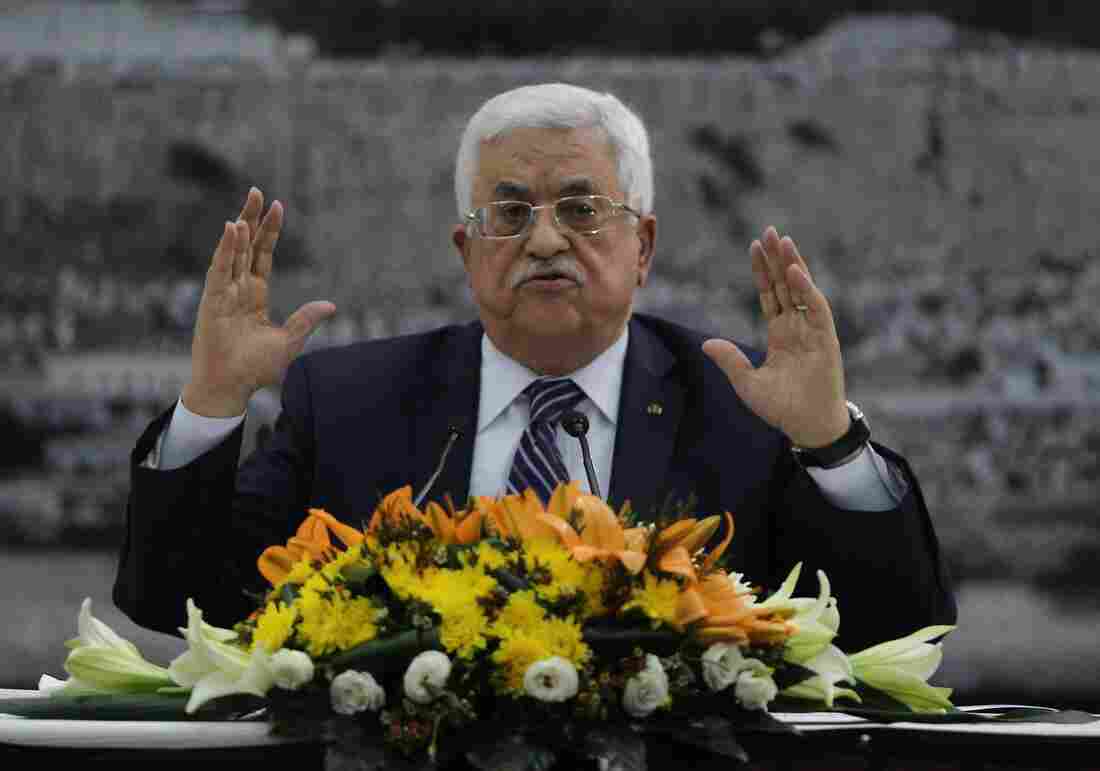 Palestinian president Mahmud Abbas speaks during a meeting at his headquarters in the West Bank city of Ramallah Tuesday, during which he signed a request to join 15 United Nations agencies. Abbas Momani /AFP/Getty Images hide caption 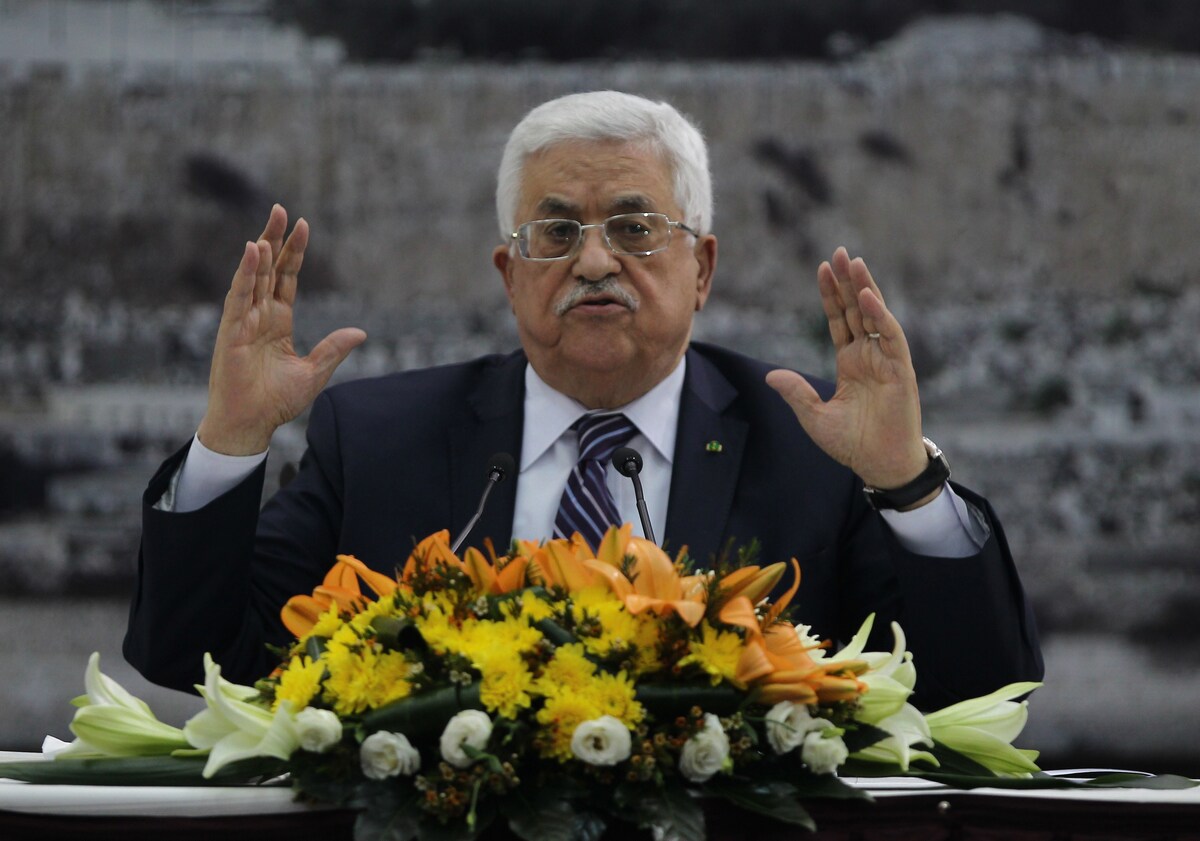 Palestinian president Mahmud Abbas speaks during a meeting at his headquarters in the West Bank city of Ramallah Tuesday, during which he signed a request to join 15 United Nations agencies.

What seemed like a stalled peace process Monday is looking even more shaky today: The president of the Palestinian Authority, Mahmoud Abbas, signed documents asking to join international agencies and shortly thereafter, Secretary of State John Kerry cancelled a Wednesday trip to Ramallah to meet Abbas.

That may not seem like a big deal, but remember, one of the understandings that led Palestinians and Israelis to return to the negotiating table last summer was that the Palestinians would halt their efforts to gain international recognition through the United Nations. Israel, on the other hand, agreed to release Palestinian prisoners in batches.

Here's how the PLO explained its actions on Twitter:

"Israel failed to fulfill its side of the prisoners' deal, we are no longer obliged to postpone our right to join international organizations

"We are not seeking to clash with anyone. Our tools are legitimate and non-violent. We base our action on international law @Palestine_UN"

As we reported yesterday, Kerry flew to the region Monday to try to keep the talks on track after Israel balked at releasing the final batch of prisoners, saying Palestinians had to agree to extend the talks past the end of April, when negotiations were originally supposed to end with a framework agreement.

According to many press reports, the White House even put Jonathan Pollard, the American convicted of spying for Israel, on the table. The U.S., The New York Times, Haaretz and The Associated Press reported, would release Pollard in exchange for Israel's continued cooperation.

The move was seen by analysts as an attempt by Kerry to keep the talks from faltering.

On Monday, the White House and the State Department said they did not have any update on Pollard. But Tuesday, after the move by the PLO, Jay Carney, the White House press secretary, seem to confirm that talks were underway.

"Jonathan Pollard was convicted of espionage and he is serving his sentence," Carney said, according to Reuters. "I don't have any other update to provide you on Mr. Pollard's status. There are obviously a lot of things happening in that arena and I am not going to get ahead of discussions that are under way."

Meanwhile Kerry left the region on Tuesday for Brussels, but he is scheduled to return Wednesday to meet with Abbas in Ramallah, The New York Times reports.

The New York Times and The Associated Press are reporting that Kerry says he has cancelled his scheduled meeting with Abbas in Ramallah.