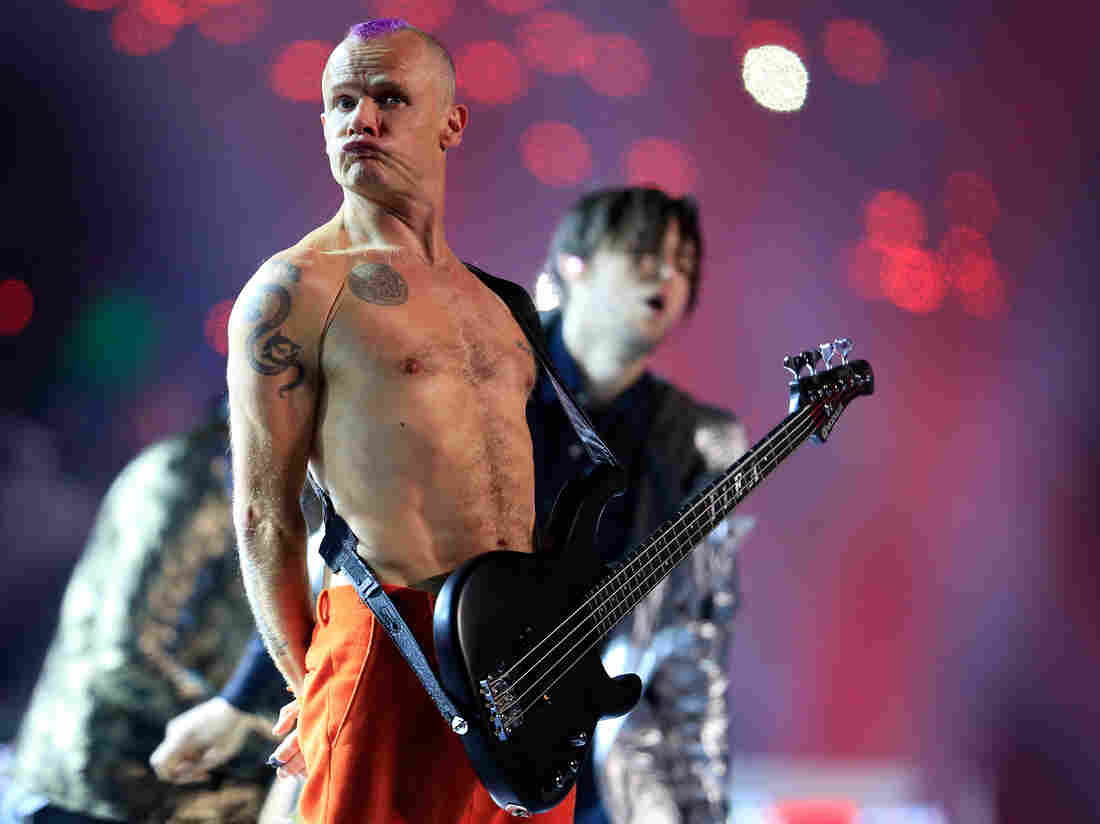 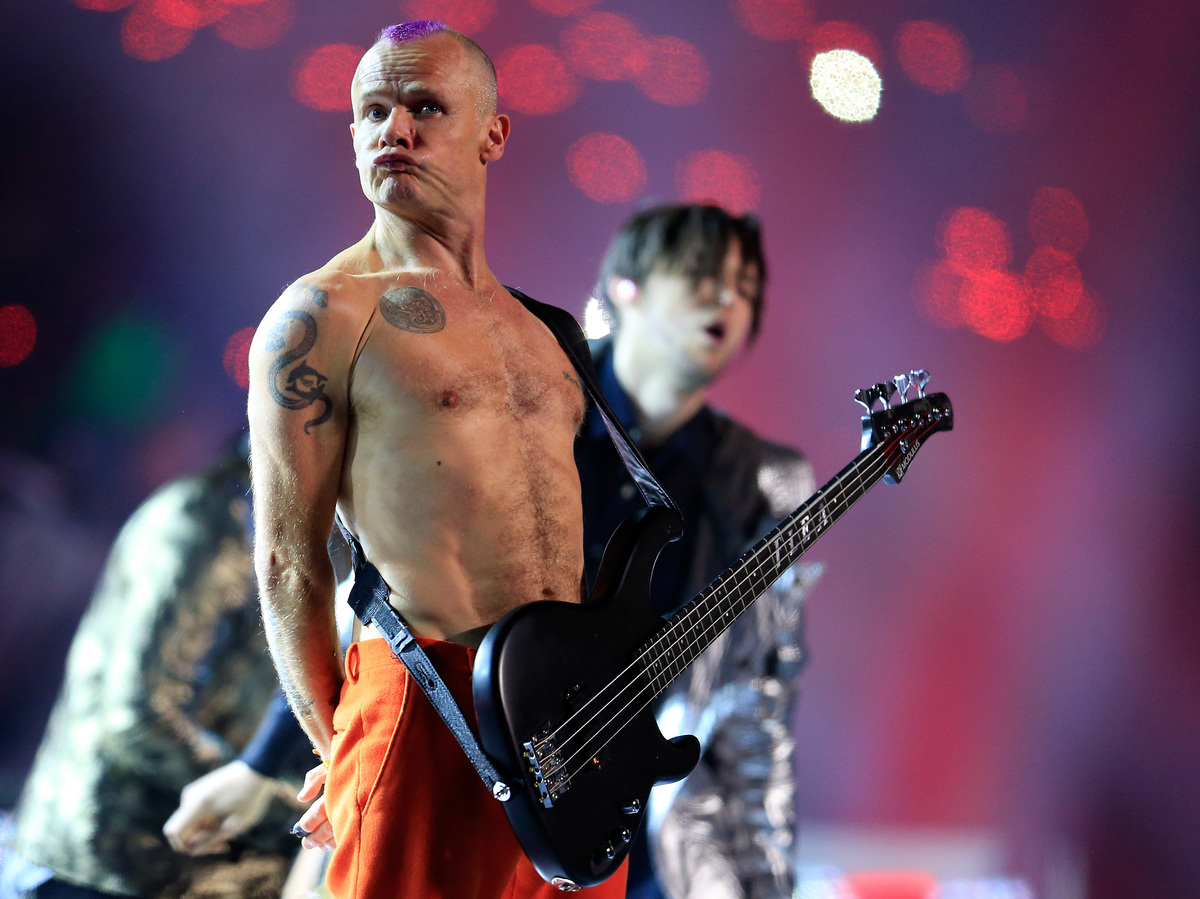 Flea, bassist for the Red Hot Chili Peppers, during the group's performance at this year's Super Bowl. He's going to write a memoir.