This year's Peabody Award winners for excellence in electronic media include The Race Card Project from NPR's Michele Norris. 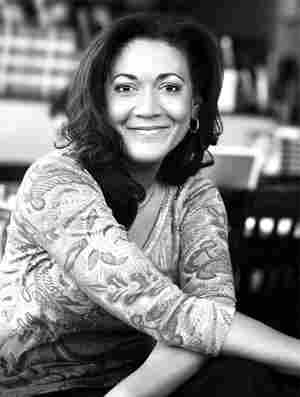 Her project, which was featured in a series of reports on Morning Edition, invites people to distill their "thoughts, experiences or observations about race into one sentence that only has six words."

The Peabody judges say those six-word submissions "became the basis of compelling reports about race, pride, prejudice and identity."

This year's winners were announced Wednesday on CBS This Morning. The other honorees include another public radio project — This American Life's five-month embed at Chicago's Harper High School. That's a school, as the judges say, "where gun violence was epidemic." They laud This American Life for producting "a pair of hour-long documentaries that were vivid, unblinking, poignant, and sometimes gut-wrenching."

Also, the Center for Investigative Reporting and Public Radio Exchange are winners for their investigation of a huge increase in opiate prescriptions at Veterans Administration hospitals.

The Peabodys are administered by the Grady College of Journalism and Mass Communication at the University of Georgia. They honor both journalistic efforts and entertainment programs. The full list of winners is here. Others winners this year include:

-- AMC's Breaking Bad, the fictional series about a high school science teacher who turns into a methamphetamine kingpin.

-- WBZ-TV and WBZ Newsradio in Boston, for their coverage of the marathon bombings.

-- PBS-TV's Frontline, for its documentary League of Denial: The NFL's Concussion Crisis.

Last year, NPR's Kelly McEvers and Deborah Amos were honored for their coverage of the crisis in Syria.