Accessibility links
Supreme Court Strikes Down Overall Limits On Political Contributions : The Two-Way In a 5-4 decision, the court's conservative justices joined to eliminate the aggregate cap on contributions, but left in place a limit on donations to individual candidates. 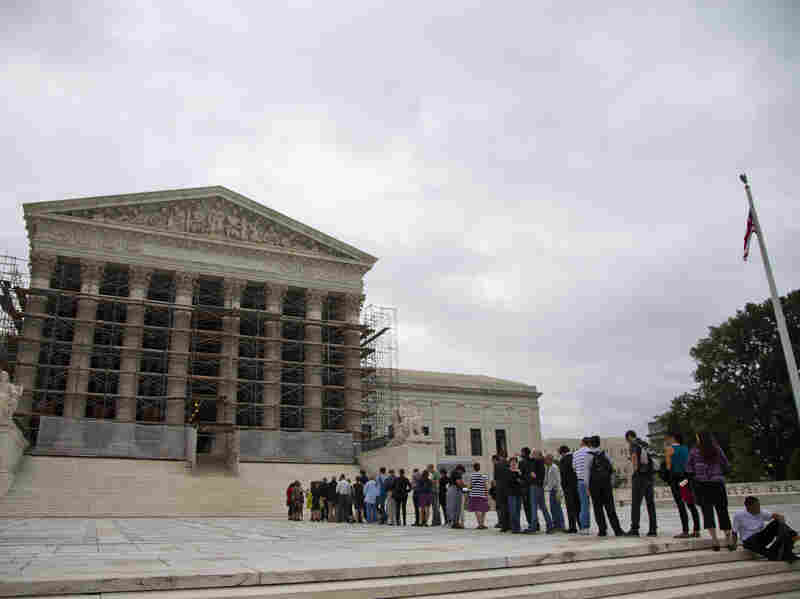 People wait in line for the beginning of the 2013-2014 Supreme Court term in Washington on Oct. 7. The court heard the first major case on campaign contribution limits since 2010's landmark Citizens United. Evan Vucci/AP hide caption 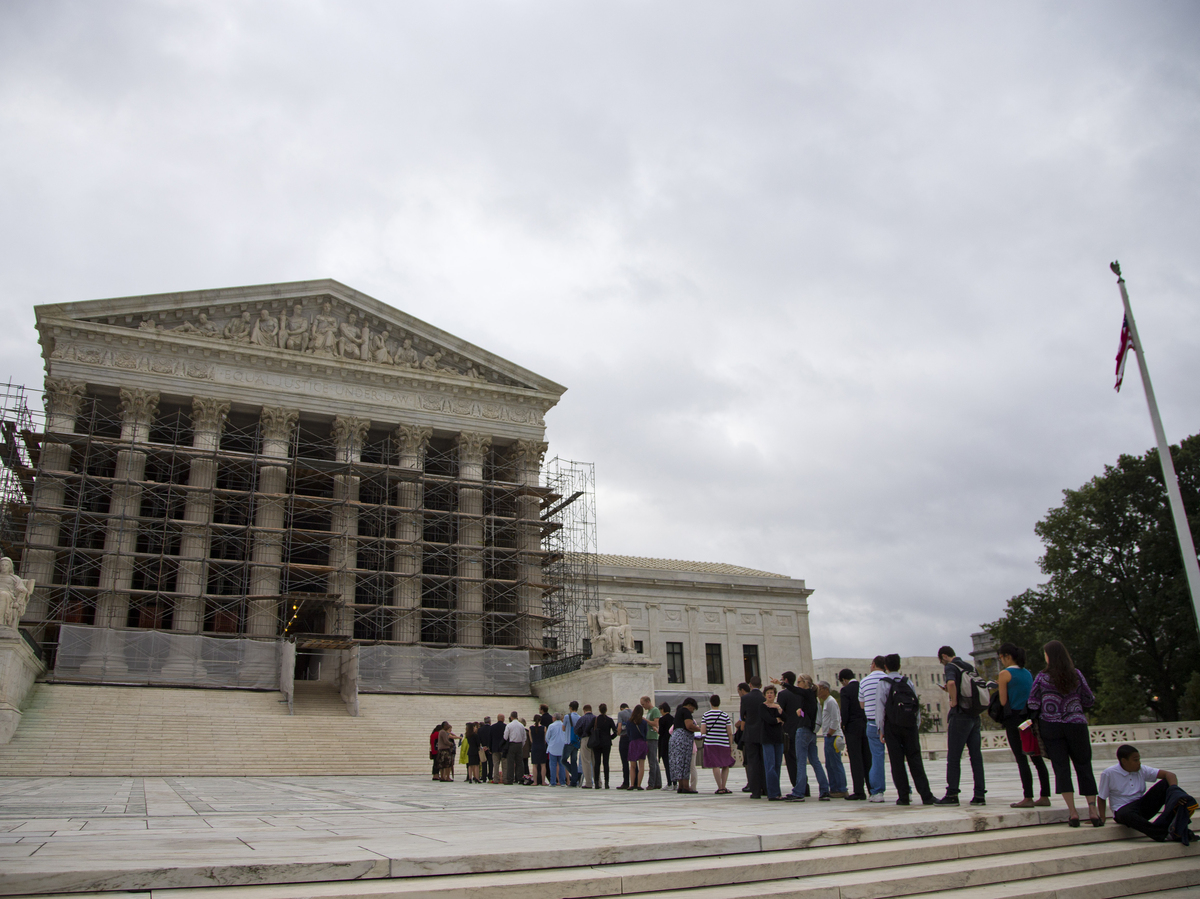 People wait in line for the beginning of the 2013-2014 Supreme Court term in Washington on Oct. 7. The court heard the first major case on campaign contribution limits since 2010's landmark Citizens United.

The U.S. Supreme Court on Wednesday struck down an overall cap on the amount that large campaign donors can give to parties and candidates in a two-year election cycle.

In a 5-4 decision split between conservatives and liberals on the high court, the court said the limits were a violation of the First Amendment.

However, the ruling affects only aggregate donations on the total amount that a contributor can hand out to multiple candidates and political action committees, which is currently set at $123,200. It leaves in place a $2,600 cap on the amount of a gift to an individual candidate.

NPR's Peter Overby says Roberts' decision in McCutcheon v. FEC "says those aggregate limits were unconstitutional because they did not prevent corruption or the appearance of corruption."

Overby says that even with the individual candidate limit still in place, the ruling "[makes] it possible for a donor to give a party leader a check for more than $1 million, with the money getting parceled out in $2,600 amounts to the candidates."

The court's conservative majority had previously struck down a series of campaign finance restrictions for hampering political speech — most notably in the landmark 2010 case Citizens United v. Federal Election Commission — so Wednesday's decision was not surprising. The main question seemed to be how far the latest ruling would go.

The Supreme Court's liberals have generally maintained that restrictions on campaign contributions served to level the playing field and ensure that the voices of ordinary citizens are not drowned out by wealthy individuals and corporate donors.