Accessibility links
NASA Suspends Some Ties With Russia Over Ukraine Crisis : The Two-Way The two sides will continue to work together, however, in the operation of the International Space Station.

NASA Suspends Some Ties With Russia Over Ukraine Crisis

NASA Suspends Some Ties With Russia Over Ukraine Crisis 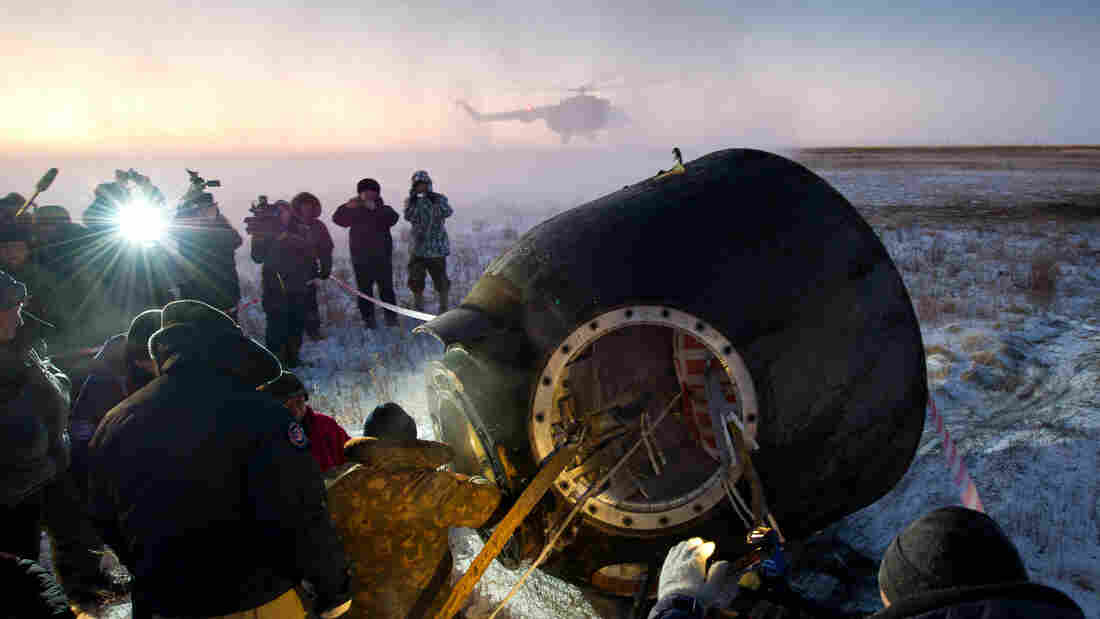 Russian personnel are the first to meet space station crew members when they return to earth. Bill Ingalls/NASA hide caption 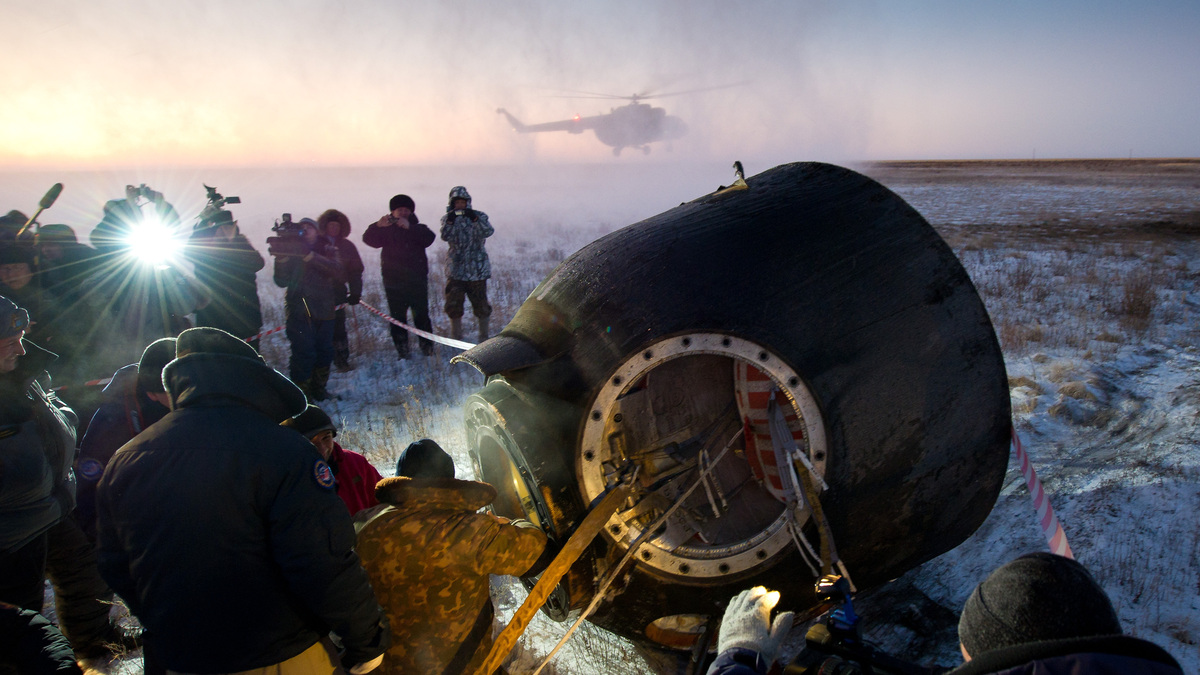 Russian personnel are the first to meet space station crew members when they return to earth.

NASA is suspending "the majority of its ongoing engagements" with its Russian counterpart over the crisis in Ukraine.

The Verge, which first broke the news based on a leaked memo, reports that "the suspension includes travel to Russia, teleconferences, and visits by Russian government officials to NASA facilities. NASA is even suspending the exchange of emails with Russian officials."

NASA confirmed the story in a statement late Wednesday.

"Given Russia's ongoing violation of Ukraine's sovereignty and territorial integrity, NASA is suspending the majority of its ongoing engagements with the Russian Federation," the agency said. "NASA and Roscosmos will, however, continue to work together to maintain safe and continuous operation of the International Space Station."

As NPR's Geoff Brumfiel reported in March, despite political tensions, the two countries need each other when it comes to ISS missions.

After the retirement of the shuttle program in 2011, the U.S. doesn't have a way to launch astronauts to the International Space Station, so Americans hitch a ride on Russian Soyuz capsules. Russia, on the other hand, depends on the $70 million fare the U.S. pays for every astronaut it sends up.

Russian and American relations came to a head, after Russia annexed Crimea, a Ukrainian peninsula with historic ties to Russia. The U.S. has imposed sanctions, but relations between the two space agencies remained normal.

In the memo obtained by The Verge, the agency links its suspension of ties to the conflict directly.

"Given Russia's ongoing violation of Ukraine¹s sovereignty and territorial integrity, until further notice, the U.S. Government has determined that all NASA contacts with Russian Government representatives are suspended, unless the activity has been specifically excepted," the agency said in the memo. "This suspension includes NASA travel to Russia and visits by Russian Government representatives to NASA facilities, bilateral meetings, email, and teleconferences or videoconferences."

It's unclear how much non-ISS contact NASA has with Russia. Back in January, RIA Novosti reported the two countries were working on a joint effort to protect "our planet against thousands of potentially hazardous near-Earth space bodies." The U.S. and Russia are also collaborating on mission to Venus dubbed Venera-D.

There are currently two American astronauts aboard the ISS: Rick Mastracchio and Steve Swanson.

NASA Administrator Charles Bolden told Congress last month that he did not expect NASA's relationship with Russians to change because of the situation in Ukraine.