Accessibility links
Yanukovych: 'I Was Wrong' To Ask Russian Troops Into Crimea : The Two-Way The ousted Ukrainian president says Moscow's annexation of the Black Sea peninsula is "a major tragedy," and he hopes to persuade Russian President Vladimir Putin to return it.

Yanukovych: 'I Was Wrong' To Ask Russian Troops Into Crimea

Yanukovych: 'I Was Wrong' To Ask Russian Troops Into Crimea 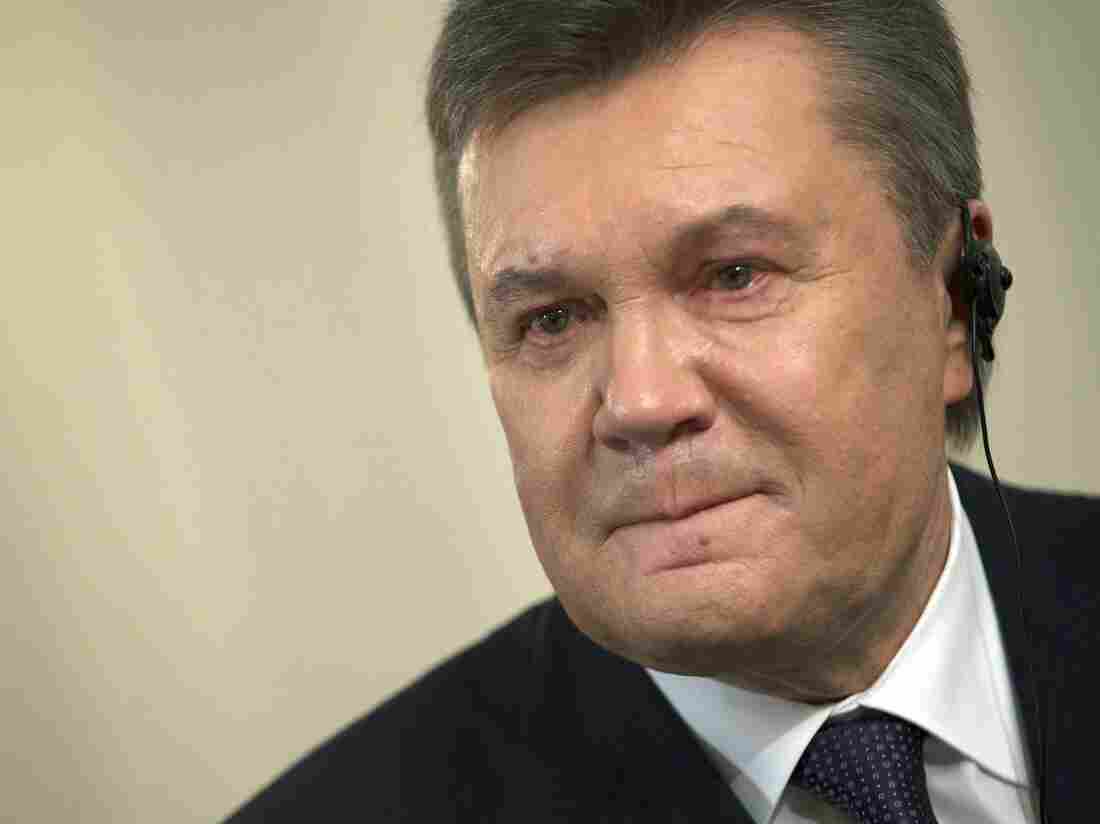 Ousted Ukrainian President Viktor Yanukovych during an interview with The Associated Press, in Rostov-on-Don, Russia, on Wednesday. He said he hoped to persuade Russian President Vladimir Putin to return Crimea to Ukraine. Ivan Sekretarev/AP hide caption 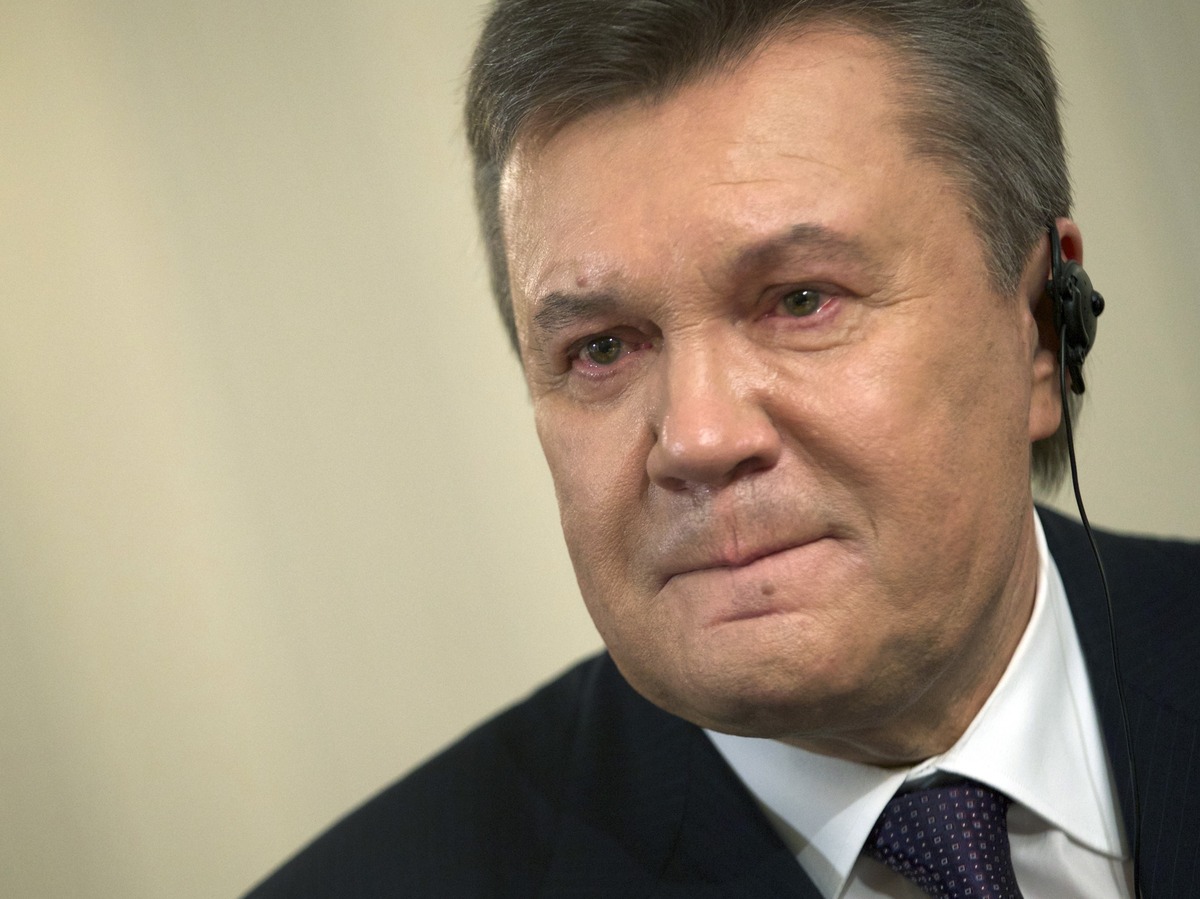 Ousted Ukrainian President Viktor Yanukovych during an interview with The Associated Press, in Rostov-on-Don, Russia, on Wednesday. He said he hoped to persuade Russian President Vladimir Putin to return Crimea to Ukraine.

Former Ukrainian President Viktor Yanukovych, who was ousted after asking Russian troops into Crimea, admits that his decision was wrong, calling Moscow's annexation of the Black Sea peninsula "a major tragedy."

In an interview with The Associated Press and Russian channel NTV, he said he made a mistake when he asked Russia to intervene, a move many Ukrainians view as treason.

"I was wrong," he said through a translator. "I acted on my emotions."

Yanukovych, who is currently residing in Russia, said he hoped to persuade Russian President Vladimir Putin to return Crimea.

"We must set such a task and search for ways to return to Crimea on any conditions, so that Crimea may have the maximum degree of independence possible ... but be part of Ukraine," he said.

In the weeks leading up to Yanukovych's removal from power, more than 100 people were killed by gunfire — many by snipers — but the former leader denied he had any role in their deaths.

"I personally never gave any orders to shoot," he said.

"As far as I know, the weapons were never given to those special troops who took part in defending the state buildings and the state bodies — they just complied with their orders."

"My principles which I always follow are that no authority, no power is worth a drop of blood," he added.

The interview was published on the same day that NATO's top military commander, U.S. Air Force Gen. Philip Breedlove, warned that the Kremlin has adequate forces on its eastern border with Ukraine to complete a successful invasion in three to five days.

"This is a very large and very capable and very ready force," Breedlove, the Supreme Allied Commander in Europe, said in an interview with Reuters and The Wall Street Journal. "We think it is ready to go, and we think it could accomplish its objectives in between three and five days if directed to make the actions."

"One of the many indicators that the movement on the Russian side of the border is not just a cosmetic show of force is the presence of the 4th Guards Kantemirovskaya Tank Division, one of the elite units of the Russian armed forces.

"A list of the type and number of military units and equipment that is being moved towards eastern Ukraine is described as 'ominous' and that 'the assets being placed on the border are the type that normally do not leave their bases unless you are planning a real military operation,' an official told IHS Jane's. Another said that estimates of a '50-50 chance' of a Russian military incursion and a push by armoured columns as far as Kiev: 'has now increased to above that 50 per cent level.' "