Accessibility links
Supreme Court Stays Out Of Texas Execution Case : The Two-Way Attorneys sought a stay of execution because Texas refused to reveal details about the drugs it used to execute convicted killer Tommy Lynn Sells. 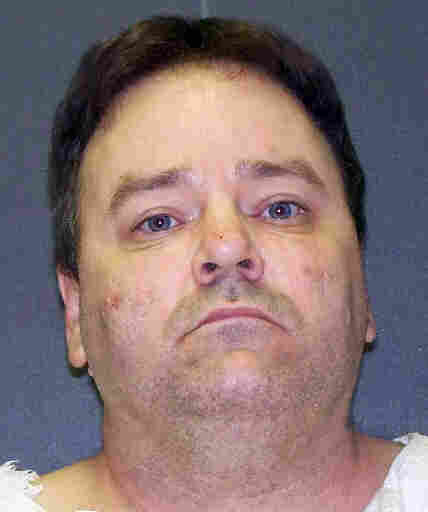 As we've reported, Sells' attorneys have been arguing that he should not be executed before the state reveals the source of its execution drugs. A lower court agreed with Sells and then the U.S.Court of Appeals for the Fifth Circuit said his execution should proceed.

Today, the high court denied Sells certiorari, opening the door for his execution.

"It is our belief that how we choose to execute prisoners reflects on us as a society," Sells' lawyers Maurie Levin and Jonathan Ross said in a statement. "Without transparency about lethal injections, particularly the source and purity of drugs to be used, it is impossible to ensure that executions are humane and constitutional."

Drug suppliers across the country have stopped providing corrections departments some of the drugs used in the execution cocktail. Some states are running out, so they've turned to other suppliers. Texas, for example, lost its main supplier after its name became public and it received threats. The state is now arguing it cannot say who its new supplier is because it too could be threatened.

This issue came to prominence back in January, when Ohio used a new drug combination to execute Dennis McGuire. As we reported, the execution lasted 24 minutes. According to reporters watching it, McGuire heaved and gasped loudly for air. He made snorting and choking sounds that lasted for 10 minutes.

Sells is scheduled to be executed tonight. He was convicted of stabbing a 13-year-old girl to death and slashing the throat of a 10-year-old girl, who survived the attack.

Sells, the AP reports, claims to have committed as many as 70 killings across the U.S.

The AP reports Sells was executed by lethal injection this evening.

Here's how AP reporter Michael Graczyk, who has witnessed hundreds executions in Huntsville, described the scene:

"Sells declined to give a statement. As the drug began flowing into his arms inside the death chamber in Huntsville, Sells took a few breaths, his eyes closed and he began to snore. After less than a minute, he stopped moving. He was pronounced dead 13 minutes later, at 6:27 p.m. CDT."