Accessibility links
Fort Hood MP Hailed As Hero For Confronting Shooter : The Two-Way Wednesday's shooting rampage, which left three victims dead and another 16 wounded, ended when Spc. Ivan Lopez reportedly killed himself. The officer had drawn her weapon and engaged the gunman. 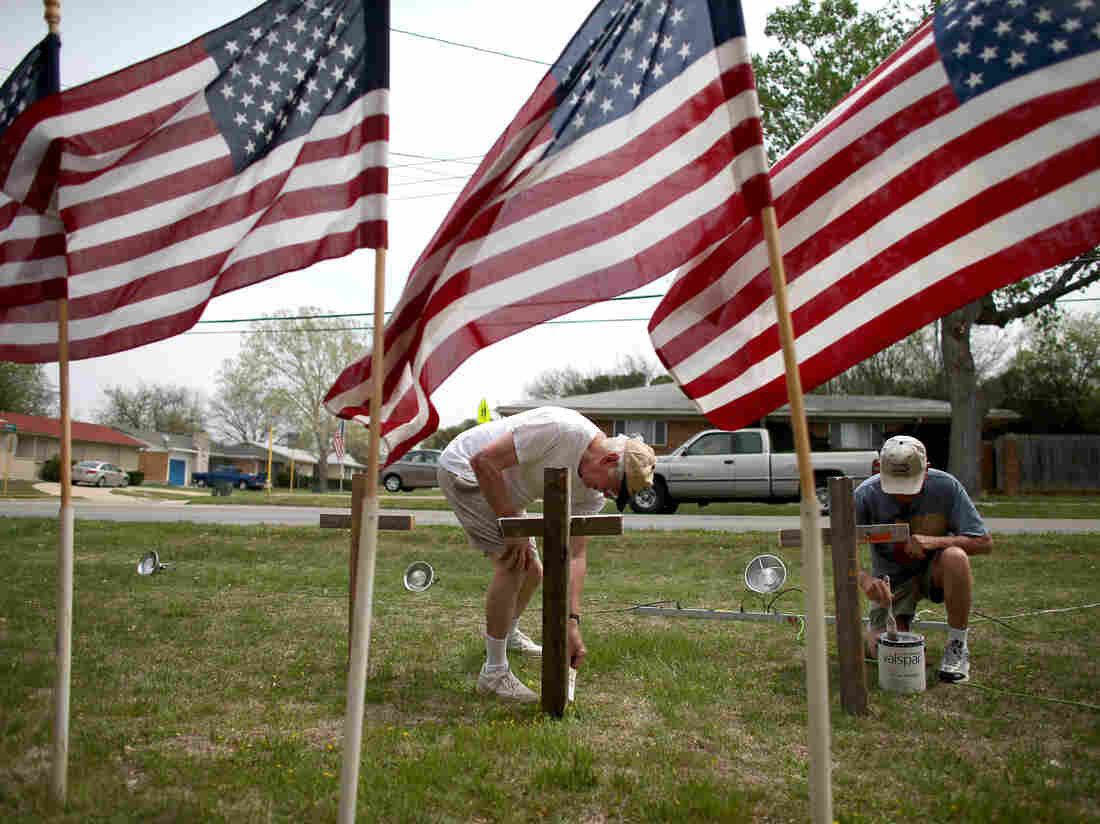 Bob Butler (left) and Bob Gordon paint crosses they placed in front of American flags at Central Christian Disciples of Christ church in the city of Killeen, Texas, which is home to Fort Hood. Joe Raedle/Getty Images hide caption 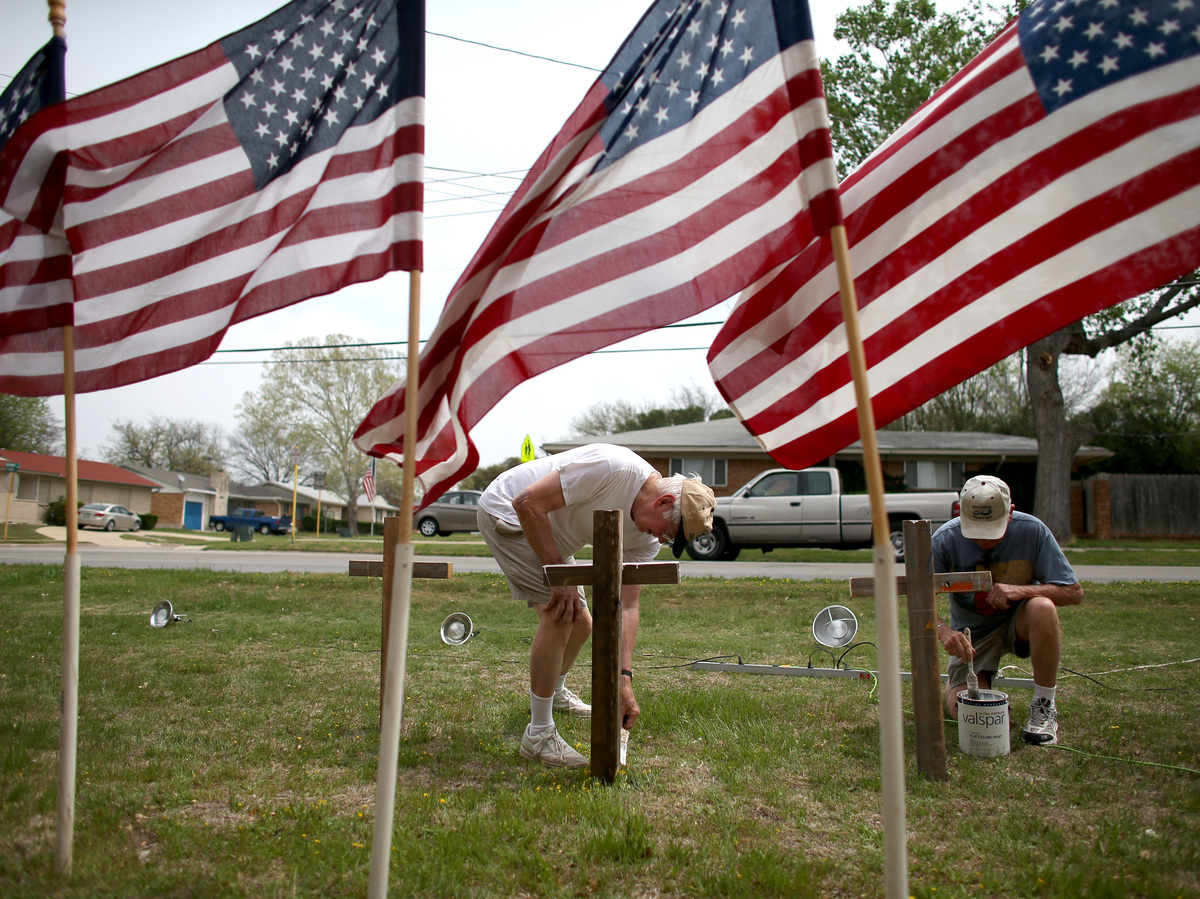 Bob Butler (left) and Bob Gordon paint crosses they placed in front of American flags at Central Christian Disciples of Christ church in the city of Killeen, Texas, which is home to Fort Hood.

As investigators try to determine why Army Spc. Ivan Lopez would open fire on his fellow soldiers at Fort Hood, Texas, stories are emerging about the harrowing minutes on the post Wednesday and what are being described as the heroic actions of the military police officer who confronted the gunman.

CNN writes that "the military policewoman has not been identified, but by all accounts, she risked her life to ensure the bedlam wrought by Spc. Ivan Lopez came to a close." As the news channel reports, Fort Hood commander Lt. Gen. Mark Milley said Thursday that Lopez "was approaching [the MP] at about 20 feet. He put his hands up, then reached under his jacket, pulled out the (semiautomatic) and she pulled out her weapon. ... She engaged, and then he put the weapon to his head and he died of a self-inflicted gunshot wound."

According to CNN: "Phillip Carter, a former MP captain on the post, said he believes she was a junior enlisted soldier who was patrolling by herself. He credited her for facing the threat. 'Most police officers probably would have stepped back and waited for backup, but she stepped forward,' he said."

Before killing himself, authorities say, Lopez shot and killed three people and wounded another 16. Of those who were wounded, three suffered critical injuries but are expected to survive. All of those shot were military personnel, officials have said.

Some of the latest headlines and links help tell the story so far:

-- "Among Fort Hood Victims, a Sergeant Is Killed, and a Major Is Wounded." (The New York Times)